After the larger than life response received for the Cricket World Cup that began in 1975, the International Cricket Council (ICC) decided to spice up the game further by adding more excitement.

The idea of organizing ICC World Twenty 20 thus came into form. The international championship started in the year 2007 and six tournaments have been held since then. A total of 16 teams participate in the tournament. 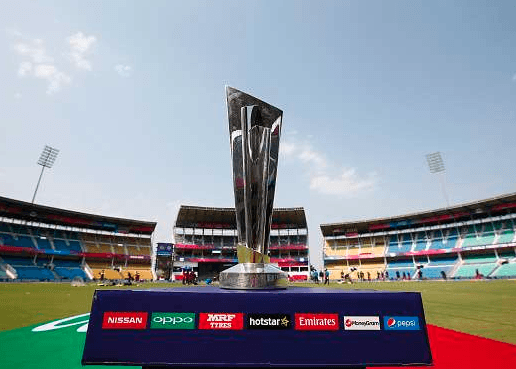 The championship is usually held every two years. However, the next series shall be held in the year 2020 that is four years after the last one. Earlier ICC had planned to organize the event in 2018.

South Africa was supposed to be the host. However, the decision was changed in 2017 and the announcement of the next ICC T20 World Cup to be held in 2020 was made thereafter.

Here is a list of ICC World T20 Cricket World Cup winners of all seasons.

South Africa was the first to host the ICC World Twenty20. The final match was extremely interesting as it was played between India and Pakistan. The teams gave a tough competition to each other.

India made 157 runs for the loss of 5 wickets. Pakistan chased the target with great energy but could only reach 152. The team was all out in 19.4 overs. India won by 5 runs. With this, it became the first country to take home the ICC World Twenty20 trophy.

The Indian team played under the captainship of Mahendra Singh Dhoni. Yuvraj Singh played extremely well throughout the series. He was rightly awarded the player of the series title.

England welcomed the teams to play ICC World Twenty20 in its home ground in 2009. Pakistan yet again entered the finals. This time it took on Sri Lanka. Sri Lanka batted first and gave a target of 136 runs.

It scored the same in 20 overs for the loss of 6 wickets. Pakistan played amazingly well scoring many boundaries. It chased the score in 18.4 overs. The team made a score of 139 runs at the loss of 2 wickets. It was a great win. Pakistan proudly took the trophy home.

The winning team played under the captainship of Younis Khan. Sri Lankan cricketer, Tillakaratne Dilshan was declared the player of the series. He also scored the highest runs in the series.

The third ICC World Twenty20 was held in West Indies. This time Australia and England entered the finals. There was a lot of hope from the Australian team given their consistently amazing performance in the 50 overs World Cup match. It managed to score 147 runs for the loss of 6 wickets in 20 overs.

England easily chased the score. It made 148 runs for the loss of 3 wickets in just 17 overs. England took home the trophy beating Australia by 7 wickets.

Kevin Pietersen from the England team was declared the player of the series. Sri Lankan cricketer, Mahela Jayawardene scored the highest number of runs during the tournament while Dirk Nannes from Australia took the maximum number of wickets.

Sri Lanka hosted ICC world Twenty20 in the year 2012. West Indies and Sri Lanka reached the finals. West Indies batted first. It gave a target of 137 to the Sri Lankan team. It made this score at the loss of 6 wickets. Sri Lanka lost badly. It only managed to score 101 runs. The team was all out in 18.4 overs. West Indies won by 36 runs.

The game was interesting and entailed a lot of speculation. India batted first and gave a target of 130 runs. It scored the same at the loss of 4 wickets. Sri Lanka quickly chased the given target. It won in 17.5 overs hitting a boundary at the end. The team won by 6 wickets.

Virat Kohli from the Indian cricket team received the title of the player of the series. He scored the highest runs during the tournament.

India got the privilege to host the 2016 ICC World Twenty20 tournament. West Indies and England entered the finals. England batted first. It made a score of 155 runs at the loss of 9 wickets.

West Indies chased the target smoothly. It managed a glorious win in 19.4 overs hitting a six at the end. It won by 4 wickets. West Indies is the only team to have won the ICC T20 World Cup twice.

Indian cricketer, Virat Kohli was again named the player of the series in 2016.

T20 World Cup is extremely interesting and engrossing, isn’t it? Do you enjoy it more than the 50 overs matches? Are you eagerly waiting for the next ICC T20 World Cup? Well, here’s a little secret, it is going to be held in Australia. Next year, of course! The one after that is expected to be hosted by India in 2021.