Taarak Mehta Ka Ooltah Chashmah is one of the most popular and longest running comedy series on Indian television. The show started on 28th July 2008 and became a household name almost instantly.

It airs on SAB TV which is known to telecast many comedy serials but none has achieved as much appreciation as this one. 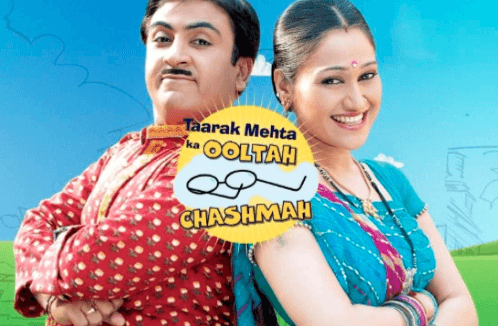 The show is based on the column, Duniya ne Undha Chashma that featured in Chitralekha, a Gujrati weekly magazine. The comic series was written by columnist and humorist, Taarak Janubhai Mehta.

The show revolves around the lives of eight families residing in a housing society named, Gokuldham Society. All the characters in the show are simple yet humorous. 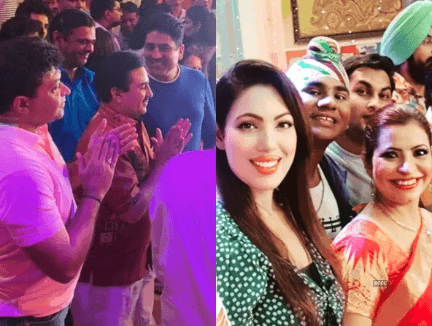 Here is a look at the cast and characters of Taarak Mehta Ka Ooltah Chashmah.

Dilip Joshi plays the character of Jethalal Champaklal Gada in the show. His is one of the main characters in the serial. Jethalal runs an electronics shop. Joshi has been a part of the serial ever since its inception.

She played the role of the comic, Dayaben Gada. Wife of Jethalal, Dayaben is one of the most loved characters of the serial. She won several awards for her performance in the show.

Disha had been a part of the show since the beginning. She left it in 2017.

He played the part of Tipendra Jethalal Gada aka Tapu, son of Jethalal and Dayaben. He left the show in 2017.

He plays the part of Tapu, currently. He became a part of the show in 2017 after Bhavya Gandhi’s exit.

Amit Bhatt plays the role of Champaklal Jayantilal Gada. Champaklal is Jethalal’s father. He fits well in his character and is loved for his comic timing.

He plays the part of Dayaben’s brother, Sundarlal. He visits Jethalal’s house frequently and adds to the fun. The interesting part if that Disha Vakani and Mayur Vakani are siblings in real life too.

Sailesh Lodha is seen as Taarak Mehta in the show. He plays the part of one of the main characters as well the narrator of the show. He has been a part of the show since beginning.

She plays the part of Atmaram Bhide’s wife, Madhvi.

The child star played the part of Sonalika Aatmaram Bhide aka Sonu. She left the show in 2012.

Jheel Mehta was replaced by Nidhi Bhanushali who played the part of Sonu from 2012 to 2019.

He plays the role of Jethalal’s neighbour, Krishnan Subramaniam Iyer.

The beautiful Munmun Dutta plays the part of Babita Iyer in the serial. Babita is the wife of Krishnan Subramaniam Iyer.

The beautiful Jennifer Mistry plays the part of Mrs. Roshan Sodhi. She went of the show for around three years. She resumed the role in 2016.

Kavi Kumar Azad played the character of Dr. Hansraj Hathi. He played the part from 2009 to 2018.

Nirmal Soni played the part of Dr. Hansraj Hathi in 2008 and 2009. He was signed to portray the character yet again in 2018. He plays the part currently.

She plays the role of Komal Hansraj Hathi in the serial.

Ghanshyam Nayak plays the part of Natwarlal Prabhashankar Udhaiwala aka Nattu Kaka. He works in Jethalal’s shop. He has been associated with the show since the beginning.

He plays the part of Bagheshwar Dadukh Uhaiwala better known as Bagha. Tanmay is Natu Kaka’s nephew. He also works at Jethalal’s shop.

He plays the role of Patrakar Popatlal Pandey.

Sharad Sankla plays the role of Abdul in the serial.

He is seen playing the character of Pankaj Diwan Sahay aka Pinku.

She plays the part of Rita Reporter. She has featured in many episodes.

He plays the part of Inspector Chalu Pandey.

She plays the part of Bawri Dhondula Kanpuria aka Bawri

All these characters have been portrayed brilliantly. They have made the show come alive. Apart from these, many other television actors have got a chance to make a guest appearance on the show.

Taarak Mehta Ka Ooltah Chashmah is definitely one of my favourite Indian comedy shows of all times. Do you enjoy it too?