Home » Gaming » The Most Terrifying Slot Machines In Online Casinos 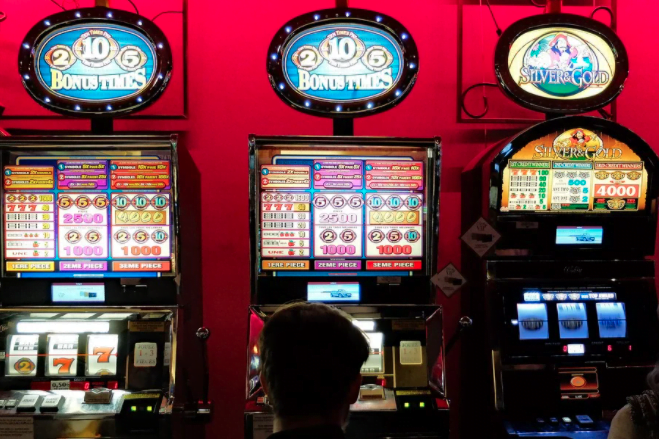 On the eve of Halloween in 2018, 7 years after the original release, NetEnt pleased all fans of its popular Jack and the Beanstalk slot with a themed sequel of the game.

The place of action is transferred from the countryside to the gates of the cemetery. The symbols are cards that gird the hands of the living dead and ominous animals.

The main character has also changed. Instead of a dark-haired guy on the drums, there is a creature with a pumpkin head. Yet, the gloomy costume, which on the occasion of the holiday for a while tried on Jack, does not prevent him to remain consistently generous to the player.

The machine uses the wild in the form of a pumpkin. His roll initiates respin. During this round, the pumpkin stays on the playing field and moves one position to the left with each spin. Respins continue as long as the wild remains on the reels. Combinations with this symbol are paid in triplicate.

The action of the game from 1×2 Gaming unfolds in a cemetery. The symbols are in the form of zombies, ghosts, and ominous animals. This slot has an unpretentious design and reminiscent of the casual browser Flash-games. Pumpkin is used as a Wild symbol. It replaces most of the missing icons in the paid combinations.

Thanks to the skull Scatter symbol the player can access the main prize function of the slot machine. It includes free spins. During free games, an extra symbol appears on the reels. It is a cracked tombstone and forms a combo, even when not on adjacent reels.

This bright and positive slot machine is unlikely to leave a scary impression. The slot by Red Tiger has a character with a pumpkin instead of a head. This is a biker who at any time in the main mode can go to the screen and activate one of the four lucrative options.

In addition to the prize features in the main game, this slot machine generates generous thematic bonuses. Combo scatters in the form of pots with colored balls trigger free spins reels.

If any place dropped at least three characters in the form of a mansion on the background of the full moon, then the bonus round starts. During it, the player has to go up through the tower. For each advancement, a gambler can get instant prizes.

The Vampires slot offers an exciting journey into the mysterious castle where the vampires have taken up residence. Such games with symbols in the horror genre attract many gamers.

The gamer starts the reels, which depict a whole family of vampires. On the virtual walls of the crypt, there are skulls and grim witches in capes. Even the font is written in the name of the slot, made in gothic style.

When the prize combination is added, the vampires come to life. They grow their fangs and flash their eyes. At this point, the images on the playing field shake. The game is accompanied by noise, howling and sudden harsh sounds.

Halloween Fortune 2 is a product from gambling industry leader Playtech. The game brings the otherworldly forces and magical creatures to life. Vampires, monsters, and witches take on a special power.

The design of the slot machine corresponds to the theme. There is an attractive splash screen. The slot is designed so that the user from the first seconds there is a feeling of danger. For the background, developers have chosen an image of the night forest. The landscape evokes horror and thoughts of a coven.