We all know lifestyle and infotainment channels have been a great source of both information and entertainment. A few decades ago TV and radio were mediums to watch these channels but now there are apps where we can watch these TV channels live with the utmost convenience. 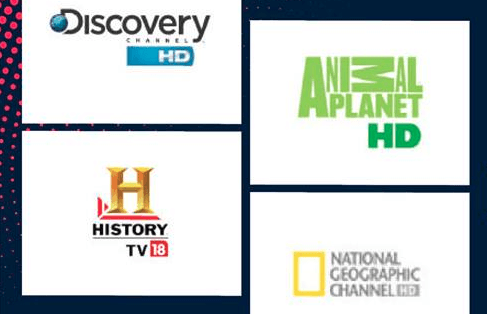 The following are some of the channels which are popular for their promising content which is both informational and engaging.

It is a flagship channel of NDTV Lifestyle Limited which was launched in September 2007. It is one of India’s oldest lifestyle channels which has won many awards for its distinguishing and engaging content. In 2015 their popular show ‘Highway on My Plate II’ won top-most honors at the prestigious Gourmand World Cookbook Awards.

Chakh Le India, Band Baajaa Bride, Bolly Food, are some of the most liked shows of NDTV Good Times. It’s quality content makes it one of the best lifestyle channel in India. You will be hooked to this channel if you are someone who loves food and travels a lot to explore new food places.

They also telecast a travel and cuisine show called Bizarre Foods with Andrew Zimmern, it focuses on local cuisine which is typically perceived as disgusting.

There are other shows like Jamie at Home – a British cookery program, Extreme couponing – an American reality show where people shop under a tight budget using coupons, etc. Such shows with a unique concept make this TV channel makes both informative and entertaining.

Animal Planet infotainment channel is an American channel owned by Discovery, Inc. This channel is a sort of educational programming which airs nature documentaries, wildlife documentaries, etc. Their famous show ‘The Crocodile Hunter’ hosted by Steve Irwin and his wife Terri gained popularity due to its unconventional approach to wildlife.

It is also currently featuring the show ‘Wildest Africa’ which is a documentary about the culture, animals, landscape, and people of Africa. They are also streaming other shows like Animals Unleashed, Chasing Monsters Reloaded, Fierce Fighters, etc.

It is a flagship channel owned by Discovery, Inc. Initially, when launched there were shows related to popular science, technology, history, etc. but now they have started streaming shows related to pseudo-scientific entertainment also.

The ‘Food Factory’ show which features the industrial production of major food companies and how food from the farm makes it to your plate.

Man vs Wild is one of their popular show where their host Bear Grylls travels through remote locations to challenge his survival skills. Other popular shows on Discovery are American Digger, Naked and Afraid, Dual Survival, You Have Been Warned, etc.

These channels are available on the JioTV app. The live TV app with its huge collection of over 400 channels includes channels like NDTV Good Times, Discovery, TLC World, Animal Planet, History TV, Star Plus, Colors, Sony SAB, Life OK, Sony Pal, and more channels from various other genres and languages.

It also has a catch-up feature, where you may watch missed TV episodes from the past seven days. This app even gives you the option to pause and resume the show you are watching live such as sports or news so that no distraction will make you miss your show.

You can get free access to JioTV all you need is your Jio 4G SIM for your Jio ID and password and you can then explore all you want on JioTV. Jio offers high-speed mobile network connection which allows you to use all these apps on the go without any interruption.