Home » People & Relationships » Top 15 Most Beautiful Women In The World

Millions of women rose to fame because of the beauty, elegance, talent, and hard work. Today we are going to list down most beautiful women in the world. I want to inform you that the shortlist has nothing to do with skills and hard work.

The Top Most Beautiful Women Of All Time 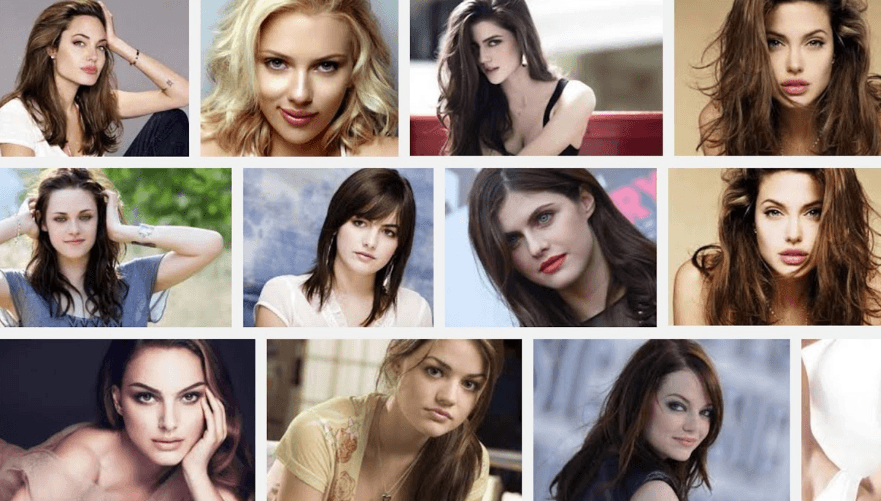 So many beautiful women go unnoticed by the world. We cannot cover beautiful women that we have not seen on Television, Internet, Movies, and platforms. So the list based on popularity and flawless beauty that melted many hearts in the world.

The list is not in order or ranking any individual, and every woman mentioned in the list are equally beautiful because every eye has a different perception and definition of beauty.

Cruz is an Italian female actor (April 28, 1974) and she started her career from modeling industry. At the tender age of 15, a modeling agency signed her. Penelope starred in Pirates of Caribbean and modeled for  Loreal, Ralph Lauren, Mango, etc.

Penélope Cruz worked in moves like Gothika, Vicky Cristina Barcelona, Vanilla Sky, All the Pretty Horses, etc. The model & actor dated Javier Bardem for a while and the couple tied a knot in 2010. Many people around the world don’t find her attractive, and some people admire her flawless beauty. 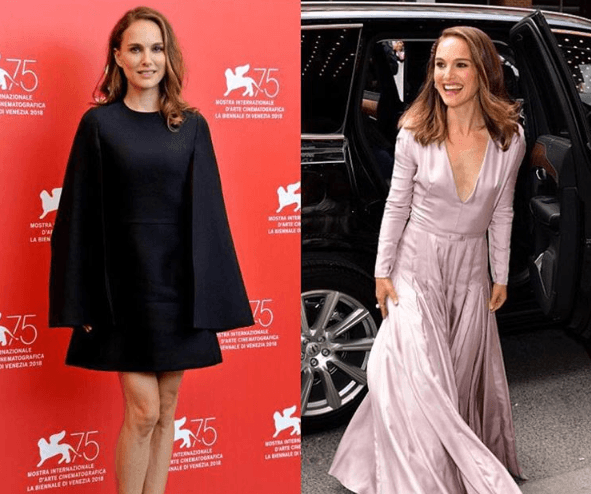 Portman (June 9, 1981) is an Israel female actor working mainly in Hollywood films & television shows. The Oscar winner starred in “Star Wars Episode I – The Phantom Menace” at a young age, and she won Academy Awards for Best Actress in 90s.

The passion for acting & modeling did not stop her from enrolling at Harvard University to study Psychology. The excellent acting in movies like V for Vendetta, Black Swan, etc. earned her Oscars & Golden Globes. 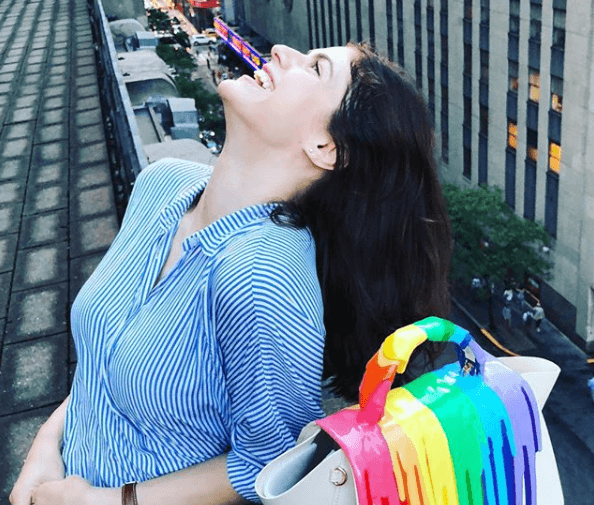 Daddario is an American actor & model (March 16, 1986) worked in movies like Baywatch, Percy Jackson, etc. However, she is known for role in Percy Jackson film series. 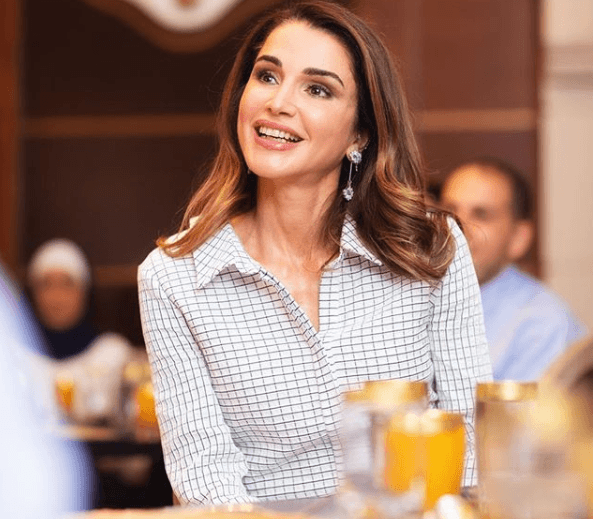 Raniah is the Queen of Jordan (born 31 August 1970), and the world knows her as Queen Rania. The first lady of Jordan is the wife of King Abdullah II of Jordan.

The Queen worked for many good causes, and she is using social media platform, and websites like YouTube to spread women empowerment around the world. 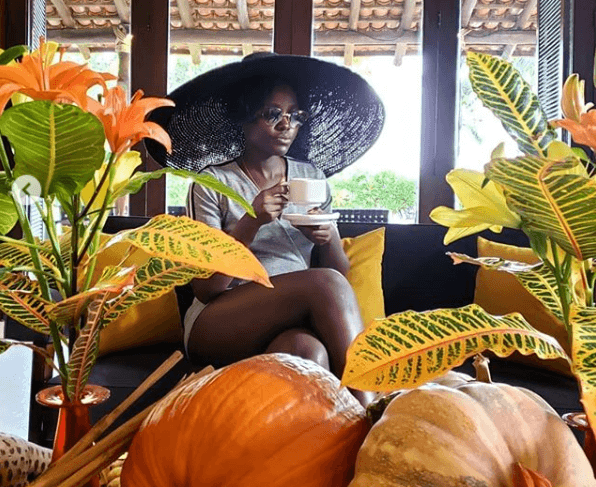 Lupita is a Kenyan-Mexican actress debuted in “East River,” and she is the winner of Academy Award winner. In 2009, Nyong’o produced, wrote, and directed “In My Genes” documentary. 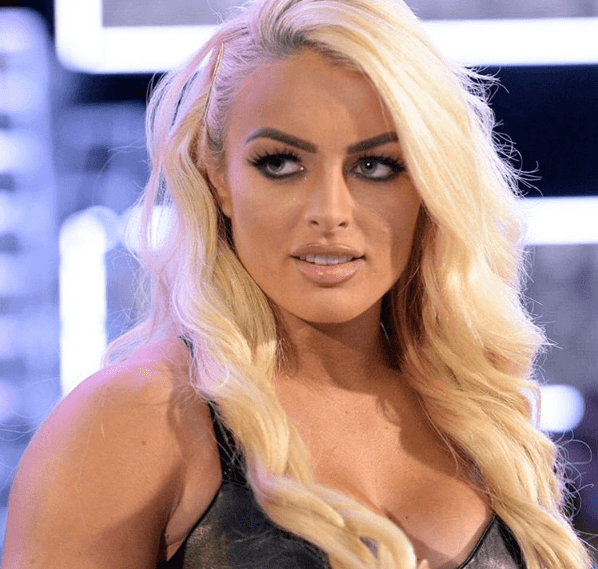 Amanda Rose Saccomanno is a wrestler under the contract with World Wrestling Entertainment since 2015. Rose started her career by participating in fitness & fashion shows in 2013, and it led to winning the 2014 World Beauty Fitness & Fashion Bikini Champion.

Amanda enrolled in WWE reality show Tough Enough, and she got eliminated in the season finale. After the WWE reality series, the officials offered a 5-year deal to her. Rose started in developmental area NXT, and now she appears on flagship show Monday Night RAW every week. 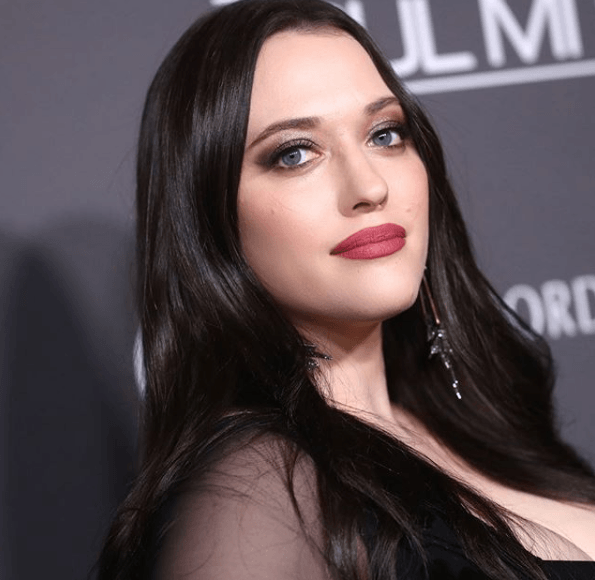 Dennings is an actor (June 13, 1986) known for playing a role in HBO’s “Sex and the City.” The moderate success earned her movies like Big Momma’s House 2, Nick and Norah’s Infinite Playlist, Thor, and 40-Year Old Virgin. Currently, she is playing the role of Max in the CBS sitcom “2 Broke Girls.” 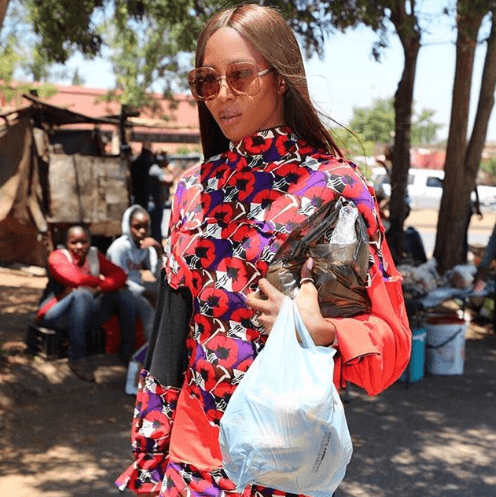 Campbell is a supermodel (May 22, 1970) that appeared on the cover of French Vogue and she is the first black women to appear on it. Naomi appeared on Playboy magazine and Madonna’s book Sex. Campbell is making big in the modeling industry, and she has the net worth of $60 million. 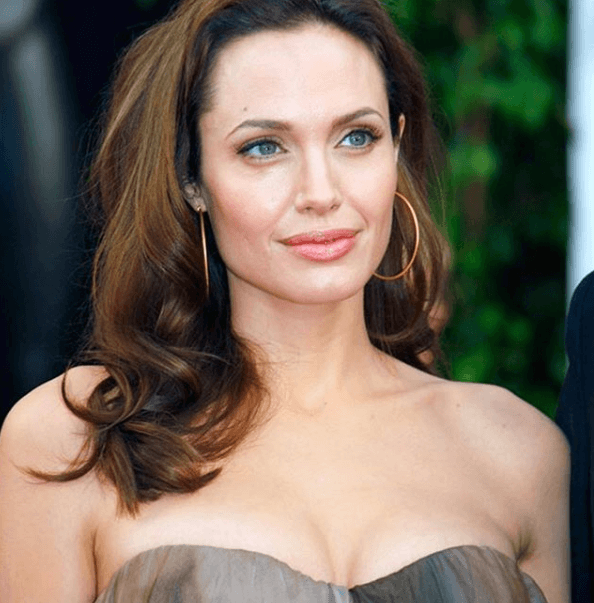 Jolie (June 4, 1975) is the highest paid female actor in Hollywood today. The highest paid actress established her as leading star after working in films like Lara Croft.

Angelina fights for human rights, child rights, and women rights around the world. Jolie-Pitt Foundation founded by Jolie so that the ex-couple can contribute to the world in many ways. 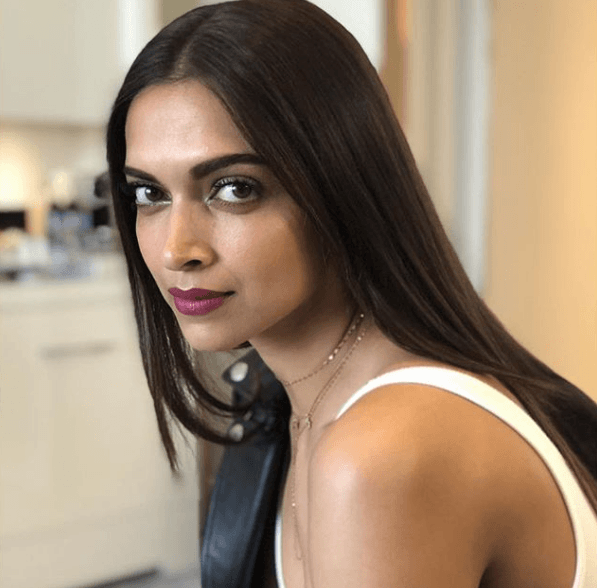 Padukone is a popular (5 January 1986) India female actor & model. Deepika debuted in 2006 Kannada film “Indrajit Lankesh,” but she got attention from the audience from “Om Shanti Om (2007 film”. 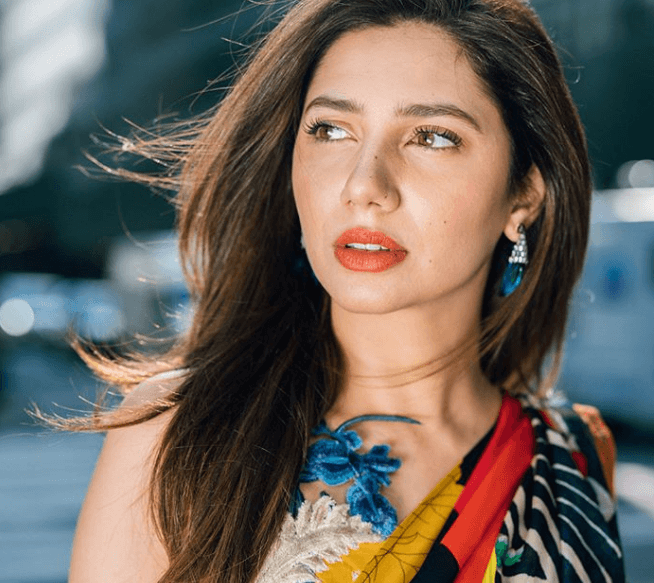 Khan is a popular (December 21, 1984) personality in Pakistan and highest paid female actor in the country. Khan got the opportunity to debut alongside popular singer Atif Aslam in Bol. 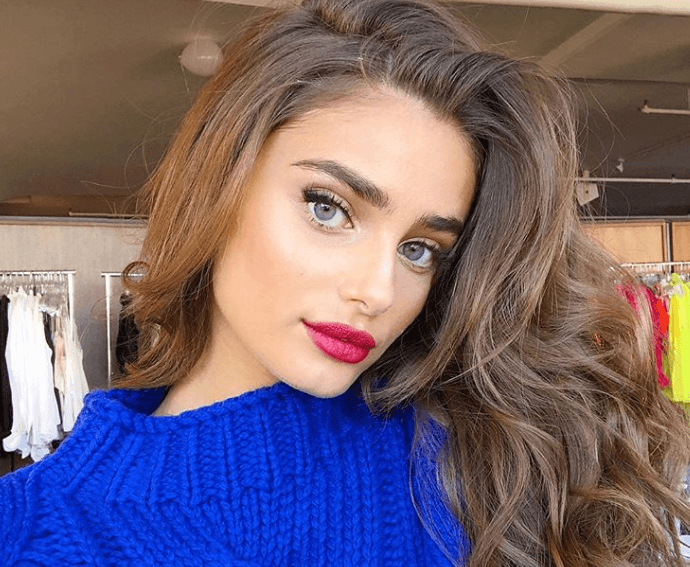 Hill is an American model (March 5, 1996) started in the modeling industry at the age of 14-years-old. By age 16, she graduated from Pomona High School in Arvada.

Taylor Hill is a popular face on social media platform, and she signed many modeling contracts with major brands. Victoria Secret signed her as Angel since 2015.

Taylor appeared on Victoria’s Secret Fashion Show, Young Hollywood, and The Fashion Fund. The Victoria Secret model signed two films in the past, and they are Hollywood Temptations and The Neon Demon. 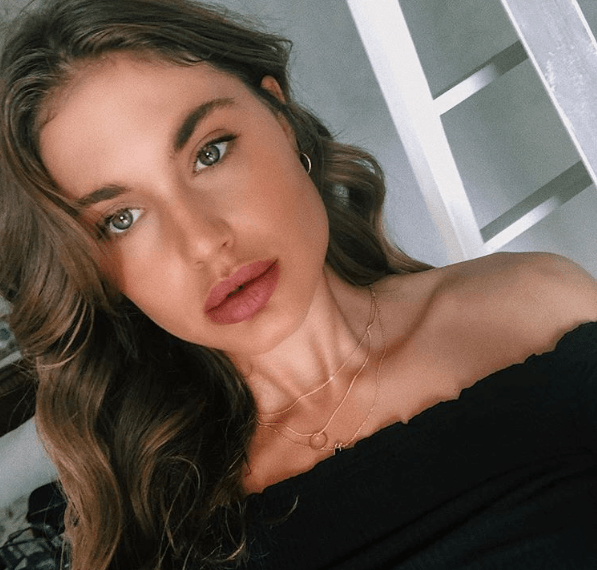 Maja Knøsgaard Krag (born 1995) is a Danish model. At the tender age of 8-years-old, she started to work as a child model for various magazines. Maja is not a successful Danish model in the country, but she is growing every day.

Krag never participated in a beauty contest for unknown reasons or else, she could have reached a milestone. Krag is a well-known face in the Danish country, and she is growing slowly in her career. 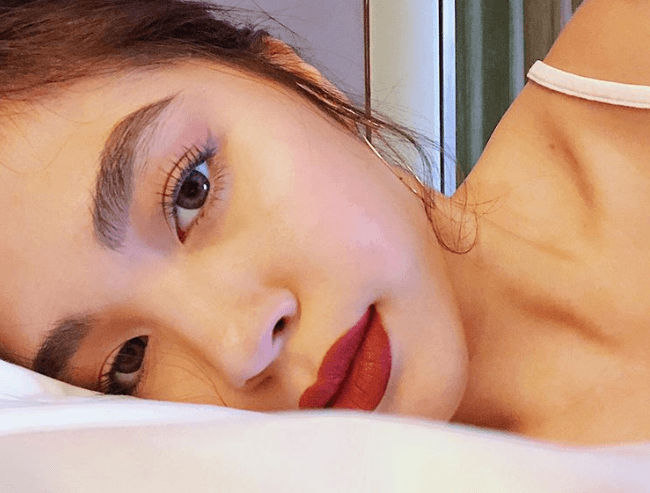 Janella born (30 March 1998) to an actress-singer mother and singer-songwriter father and the stardom was a matter of time. Salvador received advice & guidance from parents, and she became model, actor, and singer at an early age.

The audience knows her for “Oh My G” daytime television show and “Be Careful With My Heart” TV show. Salvador debuted in the film industry with “Haunted Mansion.”

The female actor won “New Movie Actress of the Year.” She won several awards for contribution & performance in television shows. 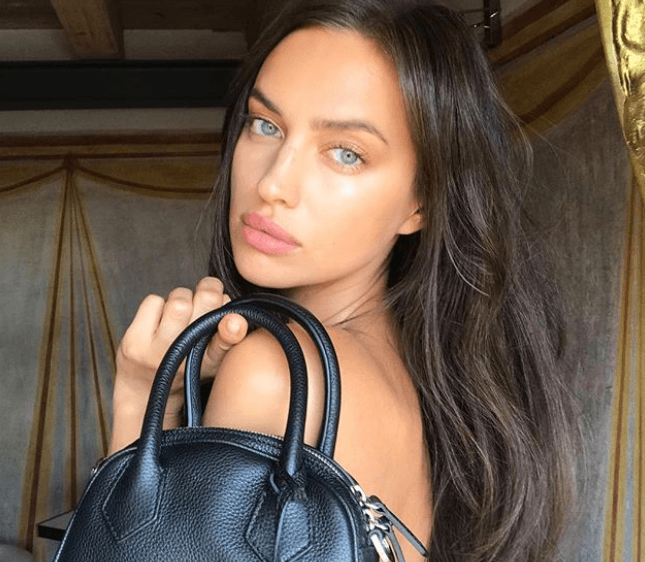 Shayk is a successful (6 January 1986) Russian supermodel that grabbed the attention of the world after she signed to become the exclusive face of Intimissimi lingerie. Irina signed up to appear & walk on Bottega, Marc Jacobs, Versace, and more.

The Loreal Paris International brand signed her up to become the spokesperson. Irina debuted in Hollywood movie alongside Dwayne Johnson “Hercules (2014 film).”

The list has a limit of fifteen, and it limited the number of women we added to the list. Let me remind you that the list is not in order or ranking anyone. Let us know which women in the list inspired you in the comment section below.