Ferrari world not only gives you a chance to make an entry into the largest world of excitement in Dubai but ignites your passions towards speed and formula one racing.

The Ferrari World Dubai lets you experience the thrill around the Yas Island Roads behind the wheels of a real Ferrari and feel the thrill of high speed roller coaster rides taking part  in fascinating rides at Scuderia Ferrari.

Formula Rossa is considered to be one of  the fastest roller coaster rides in the whole world that moves at a breakneck pace of about 149 mph in just 5 seconds. 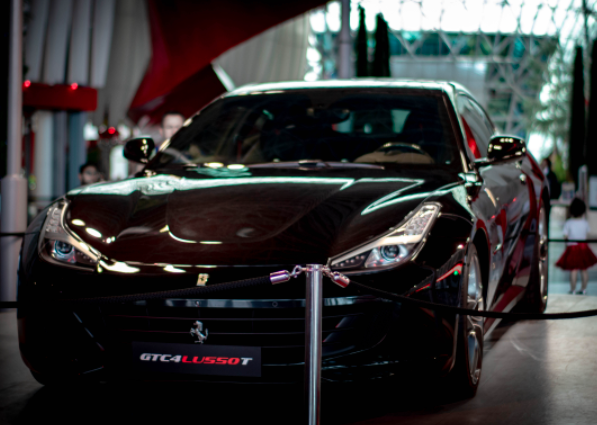 You can take part in the famous Scuderia Challenge which is a state of the art racing simulator game that gives you a larger than life picture of racing. You can take part in Bungee Jumping at G-Force that will take you to an elevation of 62 metres above the ground and drop your instantly for a thrilling experience like never before.

Formula Rossa is for you if you appreciate speed. To make you start screaming, the world’s fastest roller coaster ride doesn’t require a dramatic drop from high heights or stomach-churning loops. This rollercoaster is not for the faint of heart, as it moves at a dizzying speed.

In less than 5 seconds, you achieve a top speed of 149 mph. This extraordinary speed is made possible by a hydraulic launch system similar to that seen on aircraft carriers. There are a few tough twists on the 2km long track that contribute to the exhilaration of the ride. You can experience this through your Ferrari World Tickets.

Scuderia Challenge happens to be a cutting-edge racing simulator game at Ferrari World. Take part in a six-person speed race around a virtual Yas Marina Circuit. The 180-degree screens in front of you, as well as a steering wheel in your hand that allows you to manage your virtual driving, give you the sensation of being in a genuine race.

Hydraulic supports in the miniature car-like pods in which each participant is sitting reacts to everything that happens on the screen. It’s similar to seeing a 7D movie in a theatre.

Have you ever gone bungee jumping? No, this isn’t the same, except for the part where you’re dumped from a dizzying height. The G-Force ride is not for the faint of heart, as it will take you 62 metres above the earth and dump you straight down.

You’ll even make your last wish while falling at a speed of 12 metres per second, but it will be in vain! One of the most terrible yet a safe landing trip will make you scream in enthusiasm, like a kid.

Just when you think you’ve figured out that all of the rides in Ferrari World are about speed and only speed, you’re taken aback by Speed of Magic. Initially, the ride appears to be any ordinary roller coaster, namely a “level-children” roller coaster. However, it quickly becomes clear that it is not what you expected.

Indulging in this activity, you will be following an animated character, flying at fast speed via several exotic settings. The effects of the flight’s highs and lows are spectacular and thrilling.

Fiorano GT Challenge is a ride that will test your reflexes on multiple occasions. The experience revolves around two F430 spider-shaped vehicles moving in opposite directions on parallel rails.

The thrill level intensifies when these two roller coasters cross paths many times during the ride, giving the impression that they are about to collide. The journey will transport you to a chase scenario from the Fast and Furious franchise.