Home » Travel » 7 Unusual Places to Visit for Your Next Vacation

The Earth is full of wonders, and while everyone’s travel goals contain the Eiffel Tower, the Empire State, or riding a Gondola in Venice, it seems repetitive and loses its allure over time.

Spice up your next vacation by checking out these seven unusual places that are better than visiting your typical haunted house in the heartland.

Mexico City’s witchcraft market is a bucket-list destination for the traveler looking for odd thrills. You don’t get the smells of fresh produce from Mercado de Sonora because this market has its own soul containing exotic animals and spiritual items. 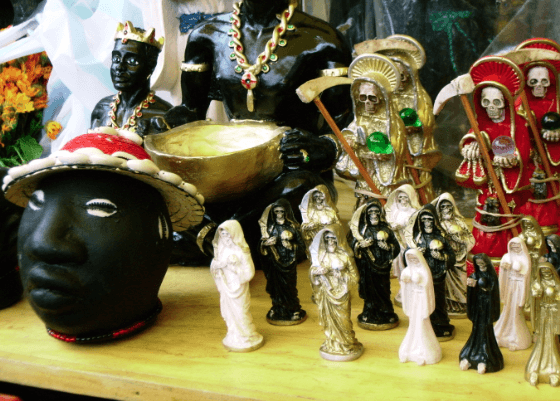 Specializing in witchcraft and the occult, Mercado de Sonora was established by the Mexican government in 1957 as a market that sells altar and ritual items. These artifacts are associated with white and black magic, voodoo, Santeria, and pre-Hispanic religions.

You can get common services like tarot readings and peacock eggs when you stroll through the stalls. Don’t be surprised if a vendor tries to sell you some magic love potions or a statue of Santa Muerte, the goddess of death.

While Peru is home to Machu Picchu, one of the seven wonders of the world, it is also home to the Nazca Lines. The Nazca Lines are geometric and zoomorphic shapes spread out on the vast desert landscape stretching up to 200 miles.

The first recording of the Nazca Lines was by Pedro Cieza de Leon and he mistakenly thought these symbols were merely trail markers. In reality, these lines form about 70 plants and animals when viewed from the sky. Some of the animals represented in the Nazca Lines are a dog, a whale, a monkey, and a llama. 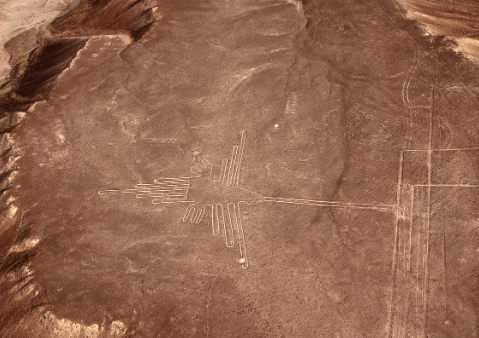 There were disputes about whether the Nazca people actually created these symbols. During the late 1960s to the early 1970s, researchers had a hard time rationalizing these geoglyphs and hinted at the possibility that aliens or “ancient astronauts” created them. How about that?

Mysterious red liquid has been seen pouring out of Taylor Glacier onto the West Lake Bonney in Victoria Land, East Antarctica. Talk about a heavy flow. 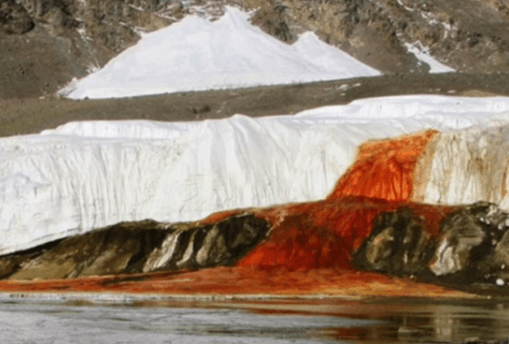 Originally discovered in 1911 by an Australian geologist, experts hypothesized that the red coloring came from red algae. But it was actually because of oxidized iron in brine saltwater that causes the deep red dye.

See this wonder (or horror) for yourself by trekking the deep snow for a glimpse of the uncanny.

The Clown Motel in Nevada is dedicated to figurines of “happy” clowns that collectively look like every person’s worst nightmare. Eerily, this motel was founded in 1985, five years before Stephen King’s miniseries It. 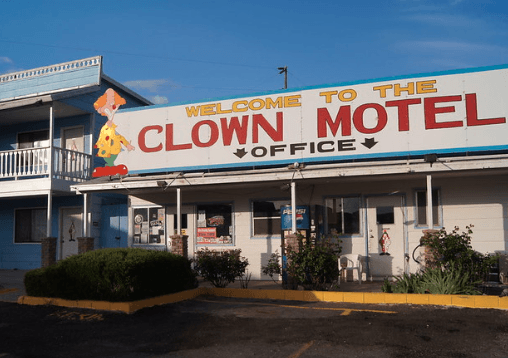 Situated near the Old Tonopah Cemetery, the Clown Motel is a new take on the haunted house experience. Its location and theme sound like the perfect combination for paranormal activity, and yet, there have been no reports of them (or at least, none we’ve heard of.)

5] Christ of the Abyss

Sculpted by Guido Galletti, this eight-foot bronze statue of Jesus can only be viewed underwater in the Mediterranean Sea. 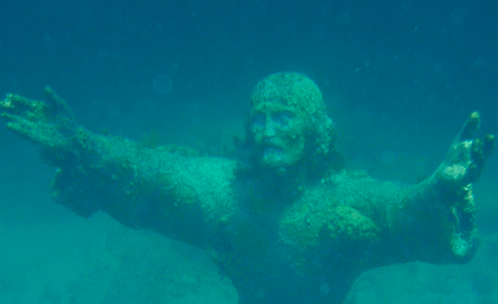 This statue was intentionally placed 56 feet underwater and this idea came from an Italian diving instructor named Duilio Marcante. Two more statues can be found underwater off the coast of St. George’s in Grenada and off the coast of Key Largo, Florida, near Dry Rocks.

This figure of divinity, unlike most statues, is found in the middle of nowhere. And that makes it just a little more divine.

6] The Door to Hell, Turkmenistan

The Darvaza Gas Crater in Turkmenistan is more popularly known as the Door to Hell or the Gates to Hell. Located in the Karakum desert, this gas crater was accidentally created in 1971 when a Soviet drilling rig punched into a natural gas cavern. 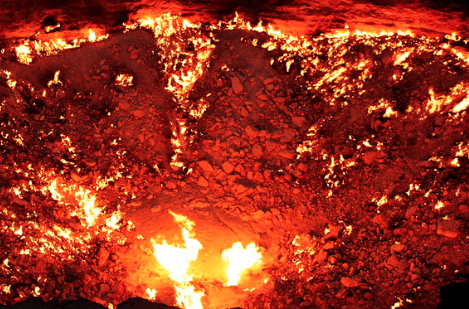 To prevent the spread of methane gas in hopes of preventing environmental catastrophe, geologists intentionally set fire to it. The geologists assumed that the fire would cease after a few weeks, but ever since being lit up in 1971, it hasn’t stopped burning. It’s been almost 50 years.

The Door to Hell is Turkmenistan’s greatest tourist attraction today.

Step into a whole new world by visiting the Danakil Depression in Ethiopia. The surrounding area is like walking on a different planet because it’s filled with bubbling lava lakes, rainbow-colored fields, and vast salt plains that will have your jaw drop in awe. 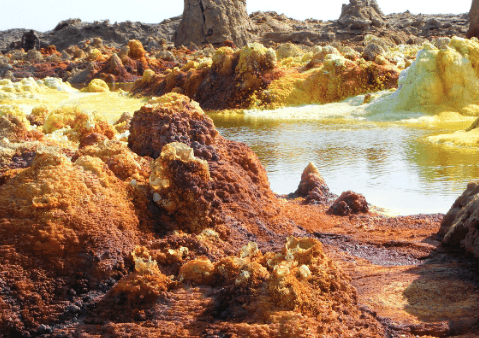 Home to fossils that may have belonged to ancient hominins, it’s often referred to as “the cradle of humanity.” The Danakil Depression is also one of the hottest and driest places on Earth, so don’t forget to hydrate when visiting this place!

You may also like: Most Haunted Places In India.