Home » Technology » What Do Network Switches Do And How to Choose the Best One?

What Are Network Switches?

A network switch controls where computer signals go. When computers send signals and information to each other, routers and switches make sure the information goes to the right computer. 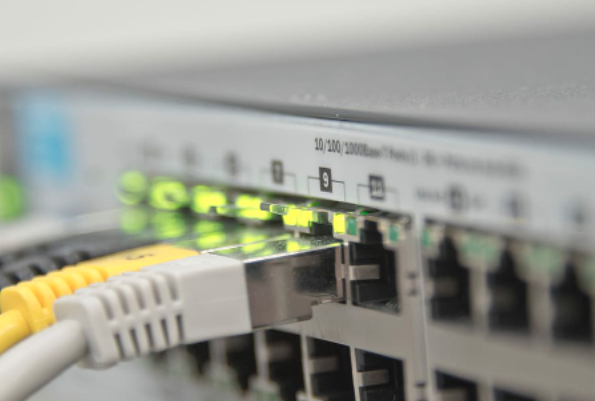 Protecting your switches is an important part of cybersecurity. Hackers often shut down a company’s servers to get the company to pay them money to stop the attacks. Switches are vulnerable without the right measures to protect them.

How Is a Switch Different From a Router?

Routers send data from network to network. There can be networks within networks, and a router sends information from a larger network to a smaller one. Switches send data to individual devices, not to smaller networks.

Any computer or smartphone that connects to the internet uses an IP address. IP addresses have a string of characters, such as “192.279.0.16.” which identify a device and help other devices on the internet know where to send the signal. A computer’s IP address often changes – it does not keep the same IP address for its whole life.

MAC addresses, on the other hand, are permanent. Any laptop, desktop, or tablet has the same MAC address for its whole existence. MAC addresses are only used in smaller-scale computer networks; they are not used for global internet traffic.

Most switches are level 2 switches. Layer 2 switches send signals within local areas networks. A layer 2 switch has a list of MAC addresses of different devices in its network and sends signals to the right physical locations.

Layer 3 switches can also communicate with several different types of devices at once. For example, a layer 3 switch might send signals to printers, laptops, desktops, VOIP phones, wireless access points, and servers. There are also “layer 2+” or “layer 3 lite” switches; they are somewhere between the two in their range of functions.

You do not need to use layer 3 switches in situations when they are not necessary. If you merely need to send signals within a local area network, a layer 2 switch is enough. If you have multiple buildings and each building has a local network within it, you need a layer 3 switch to send signals to the right buildings.

Network Switches Are the “Brain” of a Network

When you are setting up a network, you need someone who can use the right switches and set them up the right way. If the network is not set up properly, the right computers will not receive the right signals, and your network won’t work.

Some switches have a lot of ports – for example, enough for up to 48 devices. There are more differences between different switches than how many ports they have and whether they are level 2 or 3 switches.

Managed switches allow you to change how your network works, including.

On another level, the power that managed switches offer can be used against you. If a malicious person takes control of your switches, they could use them to steal your data or shut your network down.

Even with a small network, you might want to go with managed switches to defend against attacks. An attacker might target a small business if they see an opportunity to steal financial information.

As well as stealing information such as credit card numbers, hackers can shut a business down and then demand money to stop the attacks. These attacks are known as DDoS (distributed denial of service) attacks.

Why Are DDoS Attacks Dangerous?

You can lose a huge amount of money if your network gets temporarily shut down. You can lose money because of.