A free trial VPN will let you experience the provider’s full capabilities, and let you decide whether their premium plan is worth it. Not sure where to start in your search? Luckily, you don’t need to go far to sample some VPNs for free. Check below for a few great reasons to try one today. 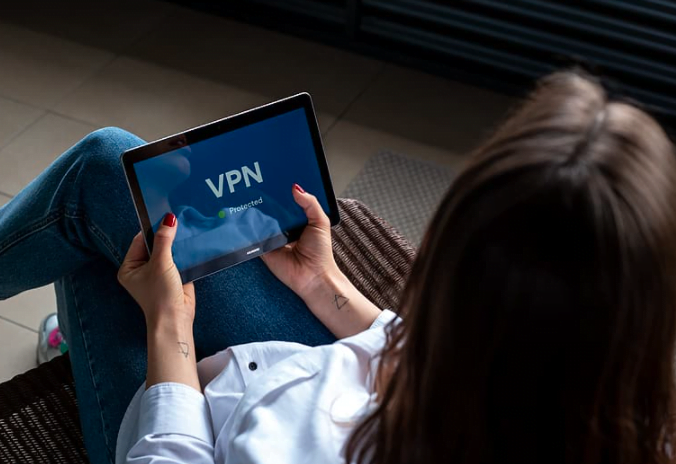 It’s no secret that Netflix libraries can vary wildly by country. This goes for many other streaming platforms out there – provided they’re even available internationally, that is. Fortunately, using a free trial VPN right now can help you make the most out of your streaming subscription.

Well, most streaming sites detect your location by checking your IP address. This identifier can reveal your country, city, and even ZIP code – quite the privacy issue, but we’ll get to that part in a bit.

In any case, using a VPN lets you mask your IP and “replace” it with the IP address of the server you’re connecting to. This lets you access content exclusive to the region as if you were physically there.

Take the example of the 21 Studio Ghibli films Netflix made available in February. Because of arbitrary licensing decisions, people in the US, Canada, and Japan can’t watch these movies. Easily solvable, thankfully.

Sign up to a free trial VPN, connect to any server outside of those three locations, and you’re set. Use the same process to unblock unlimited content and region-exclusive platforms. Connect to the relevant country (say, the UK for BBC iPlayer) and access a whole new world of content.

We’ve mentioned above that IP’s can reveal quite a bit about your location. Using a VPN ensures that your device’s IP (and thus your location) remains hidden from any website or third party. Apart from that, a VPN will encrypt your network data (garble it, essentially), so that.

Your data is valuable to the right people – valuable enough that telecoms aren’t worried about spending billions of dollars lobbying Congress.

Unfortunately, Internet freedom isn’t the same everywhere – one look at the Great Firewall of China will tell you as much.

Many governments actively censor large parts of the Internet, or resort to blocking services when it suits their needs – like Turkey did with Twitter in 2014. In such unexpected scenarios, a free trial VPN can help you regain access to blocked services without having to worry about paywalls.

Of course, Internet censorship isn’t limited to restrictive regimes. Workplaces, schools, hotels, and other public venues control what you can see online by using a firewall. Simply put, a firewall blocks connections from specific websites and services, according to the rules set in place by the managing party.

So yes, you can’t use Instagram or Twitter on campus Wi-Fi because of your college’s firewall rules. Fortunately, a VPN can help you bypass firewalls and regain access to your favorite services.

Now, you may run into some additional roadblocks if the network admins are crafty. But nothing that isn’t solvable if your provider has obfuscated servers, which hide the fact that you’re using a VPN.

On a lazy weekend, nothing is worse than having your Netflix binge session interrupted by slow buffering. If you experience slow streaming speeds out of nowhere, your ISP may be throttling your bandwidth. Throttling is often used to reduce local network congestion, but may also be a tactic to get you to upgrade your Internet plan.

Whatever the reason is, your ISP can’t throttle your traffic if they have no idea what it consists of. Since VPNs mask your Internet traffic, your provider can’t just throttle based on predictions. Well, not without risking a lawsuit.

Because You Don’t Risk Anything

2020 has been rough enough already – no need to add more stress on top of that. Worried about giving out your personal data? Fortunately, most of the VPNs linked in the beginning don’t require credit card details to sign up. You may also use a separate, temporary email address for safe measure.

Not sure about committing to a subscription once the trial’s up? Need more time to test things out? Then good news – all providers have 30 day (or more) money-back guarantees for just such situations.

This is why you might have seen VPN advertisements for a “30 day free trial.” A bit disingenuous, since it’s not exactly free, but we won’t say no to “no-questions-asked” refund policies.

Finally, any trustworthy free trial VPN won’t suffer from the same security risks as free VPNs. Malware, selling your data, injecting ads into your browser – all of these can end up costing you more than a month’s subscription.

You also risk running into a lot of limitations with a free VPN. Not only are they easily blocked by streaming sites, but even the ones that manage to slip through the cracks tend to have.

It’s understandable – no use complaining about what you don’t pay for. But in that case, why not just skip all the hassle and go for the free trial?