The business world is a very dynamic space, especially with the increase in innovation and technological innovation. The printing world has not been an exception. From the concept introduced by David E. H. Jones in 1974 to the works of Dr. Benjamin S. Cook and his partner, Dr. Manos M. Tentzeris, from the Georgia Institute of Technology, 3D printing had experienced a lot of breakthroughs. 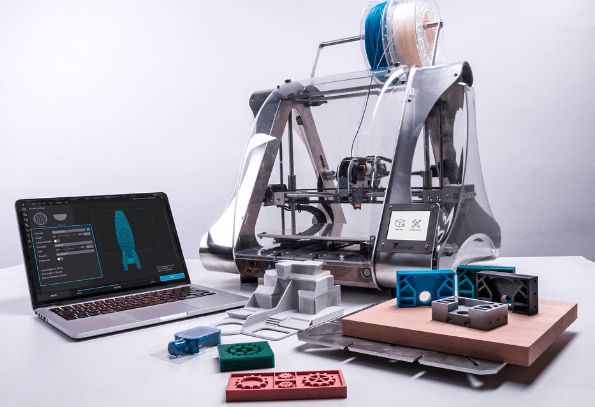 The development of the first additive manufacturing equipment and materials was a welcome breakthrough. The patent submitted by Chuck Hull in the 1980s and the inkjet print heads, which was developed by Emanuel Sachs at MIT in 1993, also helped speed up the process of 3D printing.

3D printing has taken branding to the next level, recording increasing acceptability and more investment. An increase of about 29% recorded from 2010 to 2011 and a growth of about 23% is expected yearly through 2020, getting to about $8.4 billion.

With 3D printing, a three-dimensional object is created layer by layer (additive manufacturing) from a computer-aided design (CAD) model. There are many cheap 3D printer available in market for creative minds.

3D printing had opened a whole new world of possibilities both in the commercial and domestic worlds, such as in the creation of prototypes of products. Today, we have 3D printing made easy with BCN3D.

How Does 3D Printing Work?

In the past, prototypes and models were made from carved woods or through the stacking of small pieces of plastics or cards which are costly and time-consuming and discourage idea flexibility considering the cost of making the prototype. In the 1980s, rapid prototyping (RP) technology, which is automated, was introduced to solve this problem and by extension, the introduction of 3D printing.

The 3D printer is like an inkjet printer that creates a 3-dimensional model from the bottom to the top. The printer makes repeated prints over the same region in a process called fused depositional modeling (FDM).

The printer makes the 3D model by creating layers of 2D prints upon each other. And The printer produces the layers by depositing molten plastic or powder and joins them together with the use of ultraviolet light or adhesive.

The Uses of 3D Printing

3D printing has been of great use to many fields over the years because of its full applications. You can get a simple, cheap, and easy-to-use machine for about $100-$200, which will produce lesser quality work compared to the high-end devices.

Though the full potential of 3D printing is not yet harnessed, it has been applied in the following fields.