Home » Technology » All You Need To Know About eSIM for IoT

For decades, SIM cards have powered cellular connectivity in smartphones, tablets, and more recently, IoT devices. The SIM card has stayed that way since the early 1990s, but finally, a new updated version was introduced in 2016: the eSIM, or embedded SIM. 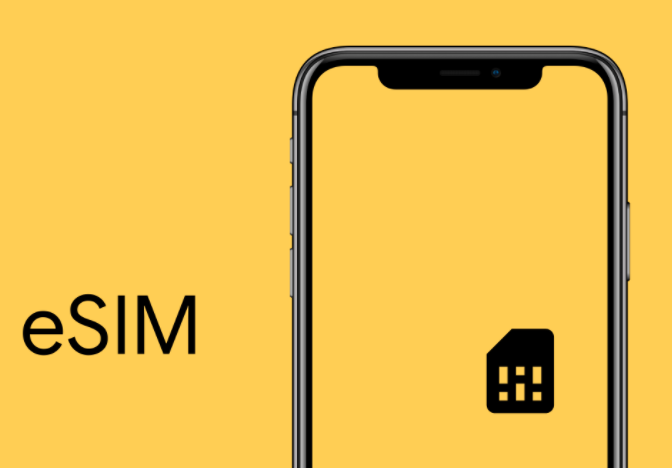 The embedded IoT SIM technology is a breath of fresh air in mobile cellular connectivity but is an especially important invention for the IoT industry. In IoT deployments, onboarding new devices can be an issue, and it’s very difficult to change a SIM card in an already-deployed sensor/device when it’s installed in remote/difficult areas.

An eSIM can tackle this issue and allow remote provisioning and configuration for IoT devices, along with other benefits. Here, we will discuss how eSIM can function in an IoT deployment, its benefits, and other things you might need to know.

Let us begin with the basics.

What is an eSIM?

eSIM stands for embedded SIM, and as the name suggests, the SIM card is now embedded or integrated into the device’s body rather than being a physical, removable card. The eSIM comes not in the form of a card, but as a small chip that is built right into the device.

Another term used to describe the eSIM is eUICC, which stands for Embedded Universal Integrated Circuit Card. UICC is the functionality in a SIM card that allows the network provider to identify a particular device in its network.

For example, with UICC the network can identify whether a smartphone is indeed subscribed to a data plan of the network, and provide access based on this identification.

The thing with traditional SIM cards is that it can only hold one UICC identification (i.e. one SIM card can only have one phone number from one network). There are a few exceptions for this, but it is generally how a SIM card works: if we want to change the network provider or phone number, we have to switch the physical SIM card.

In an eSIM, however, the key benefit is that it can easily download UICC identification and switch between networks seamlessly without us needing to change the physical card. An eSIM can also hold multiple IDs in a single SIM, which provides a very valuable extra versatility in an IoT implementation.

Imagine a condition where an IoT sensor is deployed in the middle of the ocean. If it uses a standard SIM card, we have to manually replace the physical SIM card inside it before switching to a new network. With an eSIM, however, we can do it remotely without needing to change the SIM card, a major convenience.

Advantages to eSIM in IoT Implementation

The main advantages of using an eSIM in an IoT deployment are.

eSIM and the Cellular IoT Connectivity

Cellular connectivity is typically chosen due to its large coverage area by utilizing existing mobile networks (which are everywhere).

With the eSIM technology, this benefit is further expanded, since eSIM can seamlessly switch between networks even in different cities and countries. This is useful for IoT devices that move between locations (i.e. GPS in vehicles) and other IoT implementations.

eSIM can allow us to switch between carriers seamlessly, including in applications where a reliable signal is mandatory, where the device can automatically connect to the network with the strongest signal in the location.

With cybersecurity threats being a major threat for any business all around the world, any IoT application now needs proper security measures against unauthorized access, data breaches, and other attack vectors. This is especially important for IoT devices that track or send sensitive data.

eSIM, paired with a proper IoT data plan can allow us to better protect our IoT devices from various cybersecurity attack vectors, for example by using IPsec protocols and VPN on top of the cellular connectivity.

Imagine an IoT device in the middle of the ocean or on the very top shelf of a massive warehouse. If we need to physically access these devices to configure them, it can be a major time and resource waster.

An IoT data plan with your eSIM can allow you to onboard new devices, disconnect, or troubleshoot all devices wherever they are located remotely.

You can also monitor the device’s performance, downtime, and relevant metrics using a remote management platform.

The eSIM provides versatility and reliability to an IoT deployment, especially by allowing instant and remote provisioning for brand new devices and allowing us to seamlessly switch between networks without needing to change physical SIM cards.

Also worth considering is the fact that an eSIM is much more durable than standard SIM cards, which is a quality worth noting for deployments in rough conditions.

While not all IoT devices in the market have supported eSIM, it is quite obvious that eSIM is the future of IoT, and we should expect more adoption for the technology in the (very) near future.