We all very well know that Google Nexus is a line of mobile devices co-developed by Google and several other partners, that run the Android operating system. Nexus devices are the first Android devices to receive updates to the operating system. Google has announced that the new Android Operating System will begin rolling out to Google’s own tablets. 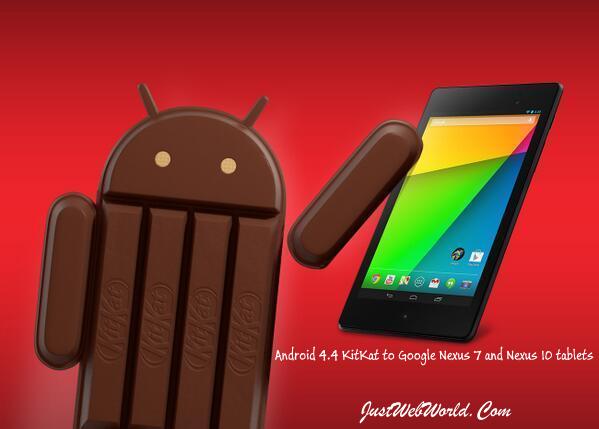 Android 4.4 will be reaching the Nexus 7 and the Nexus 10 tablets. Google Says that KitKat 4.4 for the Nexus 4 and cellular-enabled Nexus 7 is coming soon. Android 4.4 KitKat brings a number of additions, including optimized performance for lower-end devices that should, Google says it is, significantly improve things for owners of the original Nexus 7 tablet.

You can check it out The Android Versions History – Cupcake to KitKat, All the Versions are come with the Special additional Features. The Google Nexus 7 and Nexus 10 got the New Android Versions KitKat 4.4 updates with additional features like Improved Security and Bug Fixes, Increased Battery Life, Performance and Android Cloud Storage etc.

The Galaxy Nexus is the only device that will miss out, though some users are trying to change that. Starting November 12th, 2013 users of the WiFi-only Nexus 7 and Nexus 10 tablets should start to receive over-the-air updates. Both the 2012 and 2013 Nexus 7 tablets are getting the software update. 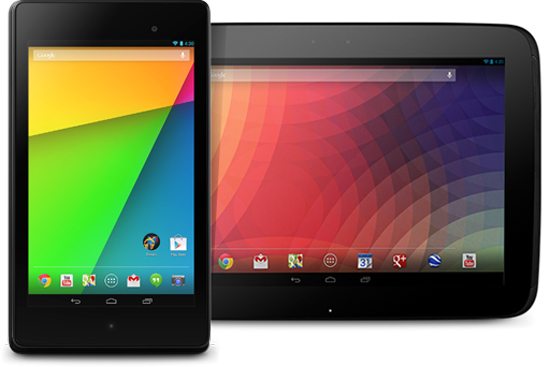 Android 4.4 brings a number of changes, some of which are only available on the Nexus 5, including a new home screen and app launcher which is tightly integrated with Google Now and Google Voice Search. Some of the main changes to the features and additions included in this update:

Features and Additions Included in this Update :-

So there are Lot’s of features included in Android 4.4 KitKat Update that rolling out to Google Nexus 7 and Nexus 10 Tablets.

Enjoy and Share this post with your Friends and tell him about Android updates that rolling out to Google Tablets.