Homepage » Internet » 7 Best Alternatives to iMessage for Android In 2017

There were rumors Apple was going to come out with iMessage and even Facetime for Android smartphones as well as PCs. That has all been a lie it seems, because even after years of the news going viral, no reports of any progress have followed. iMessage might be amazing to use, but it just isn’t available for Android. And so one can only look for apps that match it in terms of the features it offers. 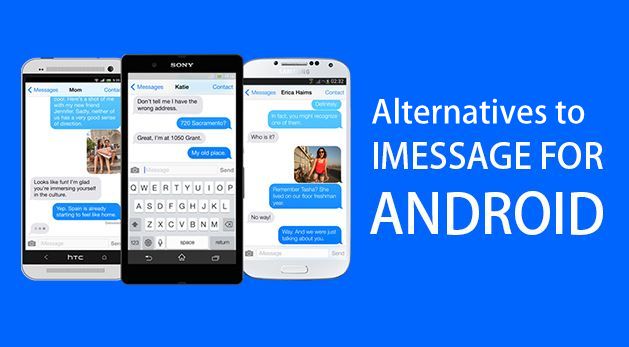 Of course, no app can be a carbon copy of the app it seeks to replace; neither can it have the exact same features nor can it look exactly the same. But if the two aspects are comparable and approximate, you can consider them to be alternatives to each other.

Following this train of thought, we came up with 7 alternatives to iMessage after trying out probably twice that number. So we’re kind of certain these are the best iMessage alternative for Alternative that are available in 2017.

We liked Kik Messenger in terms of security. A rare feature in Kik is that it doesn’t need your phone number to get you in touch with your friends, just the kik ID. The messaging app was also the first to include bots in its chat interface which can get you information and also be used to advertise products. Kik works because of its not-so-serious interface, easy joining and leaving group conversations as well as the attractive chat window.

In terms of popularity, there is no rivalling Whatsapp. Among Android users, Whatsapp remains the messaging service of choice. Whatsapp thus also becomes convenient to install on iOS because unlike iMessage, it allows you to get in touch with people without an iPhone.

Unlike the many steps you’ll need to follow through to run Facetime for PC (You can find more information on Facetime for PC here), you need only login to the service’s website by scanning a QR code through your mobile application. It’s just a whole world of convenience wrapped and presented in one grand fashion.

Critics of Android and fans of iOS (the two categories are almost synonymous) have long held that Android and by extension its apps are unsafe and easy to track. The implication is that it is easier to hack an Android than an iPhone, or to remotely access its information. Though apps like Whatsapp have come out with end to end encryption in the recent past, Telegram remains the choicest messaging app to eliminate security and spying fears.

It has had security features like secret chats and automatically deleting media messages for a long time, making it a safer option to send photos and videos of sensitive nature. It goes a step further from iMessage in that it syncs across devices, and you can create group chats for virtually infinite number of people.

Another app known for its data encryption is the Blackberry Messenger. BBM, as it is commonly called, was initially part of the Blackberry dream and had people running to buy the company’s smartphones which were marketed as business-class smartphones. After the app came on Android, there has been a big boost in membership and the conversations are more lively than ever.

BBM too encrypts your data, and it is easy to connect with your friends over the app since all it requires is scanning a QR code. You can even voice and video call for free. They’ve also recently begun offering shopping vouchers and free games, but it may be them trying too hard to retain membership post the Whatsapp encryption explosion. 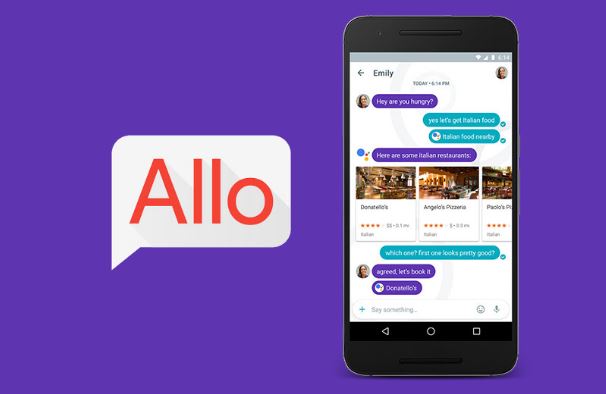 Allo and Duo from Google were released together not too long ago, and the impact they’ve had on the market has been phenomenal. Allo is one app that brings to you the suave new Google Assistant. It is Google’s version of Siri, but it still needs some fine tuning, if anybody from Google is reading this. Allo has the standard features; stickers, emojis and quick chatting.

You can also use the smart reply feature to respond to common messages without having to type the thing out, which is a great option for when you’re busy in a meeting and can only afford a quick glance at the phone. The app also has end-to-end encryption, and the SHOUT and whisper, but nobody’s been able to make sense of the latter yet.

Like Whatsapp, Facebook Messenger is common given it is just Facebook, and you can have people read your texts on their laptops if they don’t have their cellphone around them. The app also has inbuilt support for video calling thanks to the tie up with Skype, but it’s not comparable with Facetime yet.

Facebook Messenger wins because it is common to find and integrated with a major social networking site. Also, it doesn’t need your phone number.

Discord is the perfect messaging app for those looking for something more high brow and nerdy. The looks and the navigation are all different from what most apps offer, to the extent that newbies often take some time to get used to the entire layout.

That said,  Discord is most known for its huge presence across popular sub-reddits, as a means of getting to talk to your reddit pals while maintaining the anonymity that some sub-reddits deem binding to maintain. It also doesn’t require you to share your phone number; you can share it when you choose to.

There are other good apps too, like imo and Snapchat, but these are the best in my opinion. Which apps do you like? 🙂