Whether it’s New Year or a marriage party or your ‘sangeet’ ceremony, no party is complete without dance songs. Every year, there are hundreds of party songs that are released and to which most of us have danced our hearts out.

So, regardless of whether you’re planning to host a New Year party at home or you don’t have any occasion but you want to dance, you’ll always need party songs. 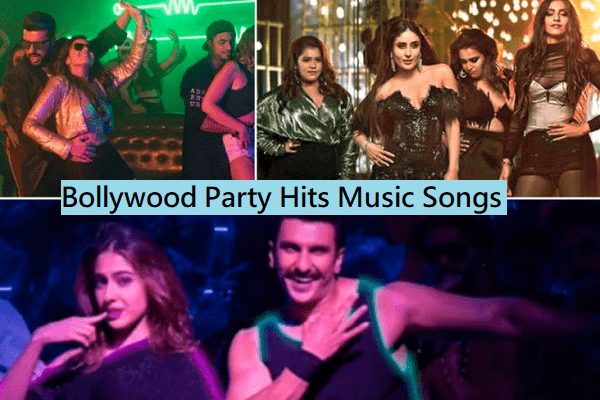 All you need to do is add these songs to your playlist and play them as soon as your party rolls. If you’re eager to make a solid impression on the dance floor, here are the songs that you should definitely add to your playlist.

Do you want to set the mood for the rest of the night so that you may feel like dancing the night out? If yes, you can play the song, ‘Party on my Mind’ from Race 2.

This is an album by KK, Shefali Alvares and Yo Yo Honey Singh. You can tune in to this song either on Gaana.com or on Spotify.

Does your girlfriend belong to Delhi? If yes, you might just get too excited about dancing to this number from Yeh Jawaani Hai Deewani that starred Ranbir Kapoor and Deepika Padukone in it. You can either match on to the steps of Deepika Padukone or also just try grooving to this dance number.

This is one of the best songs that have great beats and some really sensuous killer moves to dance to. However, the most popular part of this song is definitely the lip movements of Jacqueline Fernandes.

Pritam is the music director of this song and hence this is always remembered as one of the best party anthems.

This is one of those songs which you just can’t escape when you’re setting out for a party that is totally based on Bollywood music.

This song has become a party anthem for the young generation and the beats of this song are so powerful that it will attract people towards the dance floor. This song stars Ranbir Kapoor and Deepika Padukone again.

This is considered as the best fun song of 2013 and whenever it’s a Holi Party, you have to groove to this song. Is there anyone who can stand still when this song is played?

This song is sung by the very energetic Vishal Dadlani and the graceful Shalmali Kholgade and they’ve undoubtedly given us a huge hit among party numbers.

This is one more party anthem without which no party is complete. Unless you shake your booty to this groovy number from the movie Chennai Express, you won’t feel like you’ve joined a party.

This movie is a Hindi-language action comedy that was directed by Rohit Shetty. JR Praja was the choreographer of this song and he gave some really interesting funny steps.

Can you ever imagine a party without a Yo Yo Honey Sing song? Well, this one has been sung by this great Punjabi singer and it is from the movie Chennai Express.

The song stars Deepika Padukone and Shah Rukh Khan and they sing this and dedicate the song to the great Rajinikanth.

The interesting fact about this song is that there will always be few copycats who will try their best to immitate the main moves done by Shahid Kapoor in the song.

However, only few good dancers can actually do that. If you don’t think you can copy the actual moves, just do whatever comes to your mind.

If you love the Katrina magic, you’ll never miss to groove to the tunes of Kala Chasma that starred this leggy lass. The song was sung by Neha Kakkar, Badshah and Amar Arshi and it was released in 2018.

Party goers are of the opinion that you can never get the best of this song unless you’re a little bit tipsy. This movie with the same name came out in 2012 and this Ranbir Kapoor starrer wasn’t a hit but this song ruled the discos and pubs. The music director of this movie is Lalit Pandit.

This Ranveer Singh starrer song has done the rounds in all clubs and parties. There’s no doubt that Ranveer Singh is an over-energetic dancer and when he matches his steps to Ganesh Acharya’s moves, this has created history. The signature step is called Shampoo dance.

This was a retro hit and now its revamped version from Raees is one of the best party numbers. Sunny Leone has done justice to the sensuous moves and has made it a favorite among the young generation.

This is another Ranveer Singh and Vaani Kapoor starrer song that is a must-have in your party playlist. The song has been sung by Arijit Singh and it will immediately hit the right chords. Try grooving to this number in your next party.

This song definitely belongs to the ‘ghaati’ zone as it is considered as a guilty pleasure. You may never admit that you listen to this song but when you do listen to it, you might be pulling out the sexiest moves.

With this track, we not just enter the ‘ghaati’ territory but we’ve started living in it. It’s fun and catchy but at the same time, the lyrics are a bit too sleazy. The beats of the song make it a must-have in your party playlist.