There was a time when we could recognize voices even though we didn’t know how the person looked. How many of us initially knew how Mohammed Rafi or Lata Mangeshkar looked? Despite not knowing that, we could recognize their voices by their style.

One last name from that generation of legendary singers is Sonu Nigam. He was a magical personality while in the studio and could also set the stage on fire with his voice. 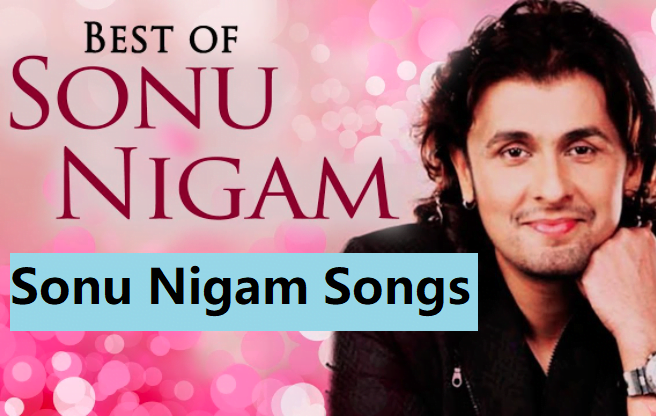 During the initial days of his career, Sonu Nigam was a singer’s singer as none could see him on screen. However, later on, he chose to come in front of the world by appearing in all his music videos. Here is a list of the 20 best songs for which he will always be remembered.

This is the title track of the Shah Rukh Khan starrer, Kal Ho Na Ho for which the entire team won several awards in best lyrics, best music and best playback singer.

This movie is said to be one of the best in the career of Sonu Nigam and Shankar-Ehsaan-Loy, who were the music directors. All three, including Javed Akhtar, the lyricist grabbed awards for this song.

This is an A.R Rahman chartbuster that was sung by the famous singer Sonu Nigam. This song made him the no. 1 singer in Bollywood and made him grab several film awards in the category of best singer. The romantic song pictured Rani Mukerji and Vivek Oberoi.

During the eve of the 50th Independence of India came out one of the most patriotic songs, Sandese Aate Hai from the movie Border. This was in fact the first hit song sung by Sony Nigam. Roop Kumar Rathod’s voice was also there in this song and Anu Malik was the composer of this album.

This is a rather difficult song and Sonu Nigam brought in new life to the Satrangi song that was pictured on Manisha Koirala and Shah Rukh Khan. The composer of this hit song was A. R Rahman and the lyrics were penned by Gulzar Sahab. Sonu Nigam did a great job in singing the song in various pitches.

Sonu Nigam said in various interviews that he had put in huge effort while singing this song. While he was revered for his low pitch, Sonu Nigam sang this song in a rather high pitch. Although the song pictured Shah Rukh Khan, Pardes was well known for Kumar Sanu’s romantic songs.

Since the ‘Yeh Dil’ song of Pardes, the voice of Sonu Nigam began to be used repetitively for Shah Rukh Khan. SRK looks young in most of his romantic songs and Sooraj Hua Maddham is one such song. Anil Pandey penned the lyrics and Sandesh Shandilya gave the tune of this song.

This was pictured on Kareena Kapoor and Tushar Kapoor and in this song, Sonu Nigam is probably at his best. He ghost sings for Tushar Kapoor who didn’t muster courage for expressing his feelings towards Kareena. No other singer could have matched the level of Sonu Nigam.

Although this song is entirely owned by SRK, it can’t be denied that the title track was sung by Sonu Nigam. In fact, due to this song, Sonu Nigam again gained huge popularity. The song also belongs to the entire team of Javed Akhtar and Anu Malik who were the lyricist and composer of this song.

One more beautiful and soulful rendition by Sonu Nigam was this track from the movie Om Shanti Om. This was a duet song with Shreya Ghoshal and Vishal and Shekhar composed this melody from Deepika Padukone’s debut movie.

This beautiful and romantic song from Pukar was also one of the top songs from the list of Sonu Nigam’s voice. This song pictured Madhuri Dixit and Anil Kapoor and it is undoubtedly one of the best romantic songs sung by Sonu Nigam. Majrooh Sultanpuri was the lyricist of this song.

This is such a lovely duet by Chitra and Sonu Nigam. The song was pictured on Keerthi Reddy and Abishek Bachchan and composed by Ismail Darbar.

2000 was the year when Sonu Nigam was established as the most popular male voice of Bollywood. The title track of Fiza proved that he is the undoubted emperor of melody and soft songs.

This is a lovely dream song that is pictured on Karishma Kapoor and Sanjay Dutt. Despite the movie being a flop, the songs were a hit and Sony Nigam was acclaimed for this romantic song.

Sonu Nigam gave extra life to all romantic songs from this movie. This happens to be one of the most underrated works of Ismail Darbar.

This is a lovely duet by Lata Ji and Sonu Nigam and the song was featured on Juhi Chawla and Shah Rukh Khan.

One of the initial songs of Sonu Nigam that established him as the ultimate Prince of Melody was this song from the movie Sangharsh. He admitted to have sung this song in Rafi style.

This movie was a debut movie of Abhishek Bachchan and Kareena Kapoor. Anu Malik was the music director of this movie.

This is after a long time that the music lovers got the opportunity to listen to this immensely melodious song of this duo. Kausar Munir was the lyricist.

This is yet another sad song that was pictured on Salman Khan and the song was sung by none other than Sonu Nigam. This song was the main highlight of this film.

This is a sizzling and romantic song sung by the most romantic singer, Sonu Nigam. It featured Adhyayan Suman and Kangana Ranaut.