If you’re a Bollywood buff who loves to watch Hindi movies, you need to be aware of the fact that there are several south Indian movies that are said to be much better than their Hindi counterparts.

While some became Blockbuster hits in south India, some others were dubbed in languages like Hindi, so that the Hindi-speaking audience could also get the feel of such masterpieces. Here, we’ll discuss the best South Indian movies that are a must-watch. 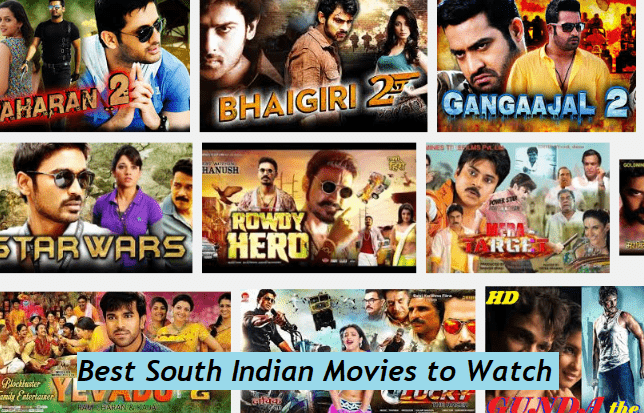 If you’re a fan of thrillers, this is a must watch for you. The cop in this movie, Vikram believes in a clear line that separates good from evil and he sees things either in black or in white.

The gangster Vedha is paired opposite him and their conflicts lead to a huge fight between them. Sethupathi and R. Madhavan gave their best performances of their career.

Shiva, the son of Bahubali gets to know about his lineage and starts looking for answers to his several doubts. His story of learning about his heritage is combined with many past events that unravel within the Mahishmati Kingdom.

Prabhas, Rana Daggubati and Anushka Shetty have done a great job in this movie making it a huge hit.

This is a story of a rockstar who has to fight against all sorts of psychological and physical apprehensions in order to be able to seek revenge of his parent’s untimely death.

Sukumar is the director and Jakka Hariprasad is the storywriter. Kriti Sanon, Mahesh Baby and Nassar have done a great job in doing justice to their characters.

This movie had been shot in the backdrop of ancient India and it shows a daring and adventurous man who quickly gets involved in a battle that is decades old between two people.

What follows is a series of action sequences and a great storyline. This movie made big numbers at the box office. Prabhas’s career changed post this movie.

This is a story of a classical dancer who has a wife who keeps suspecting him and later on appoints an investigator to know about her husband’s whereabouts.

This action triggers lots of violent events thereby revealing the dancer’s connection with the underworld. Vishwaroopam is directed by the great Kamal Haasan.

This is almost a sci-fi film where a scientist has been shown to invent a time machine. After this invention, he gets involved in a bitter and cruel battle with his twin brother, (and his son) that has got evil motives.

Vikram K. Kumar is the director of the movie and also the writer. Samantha Ruth Prabhu, Suriya and Nithya Menon have starred in the movie.

This was a super-hit in the 90s. The story revolves around a Muslim woman and a Hindu woman who fall head over heels in love with each other and later on move to Mumbai.

But with the evolving religious tensions and riots threaten their family to get separated. Mani Ratnam directed this movie and Manisha Koirala and Arvind Swamy gave their best performance.

A man who was murdered by a gangster later on was back on earth reincarnated as a housefly to seek revenge for his death. S.S Rajamouli and J.V.V Sathyanarayana co-directed this movie and it had Sudeep, Samantha Ruth Prabhu and Nani in the movie. The writers of the movie were S.S Kanchi and Ashwin Gangaraju.

Theeran is the main protagonist of the story and he is a police officer. He tries to unravel the mystery behind a series of murders and cold blooded events that have constantly been based on a similar pattern.

If you like suspense movies, this is the one for you. H. Vinoth is the writer and director of this movie.

The Hindi translation of this movie’s name is My Name is Surya and my Home is India. This is a South Indian 2018 action movie that starred the very stylish Allu Arjun.

He plays the role of a military offer who suffers from anger management issues which leads to his suspension. Since he is short-tempered, he is no longer a part of the army. The story revolves around whether or not Surya can ever give up on his anger.

This is yet another action thriller that you’ll love. The protagonist of this movie is Siddharth Abhimanyu and he is a scientist who is also engaged in different illegitimate medical practices.

On the contrary, an IPS officer, Mithran is all set to expose his deeds. The story revolves around this roller coaster ride of exposing the misdeeds.

This is an action crime thriller movie in Kannada. In this story, there is an undercover cop who visits a place that has been controlled by an underworld don and eventually sacrifices his safety.

The Cop Gana steps into the world of crime at the cost of risking his life. Later on, he visits a place named Ronapura where he finds Bhairavi Ranagallu, the ruthless don.

This story revolves around a sudden terrorist threat that puts the lives of 5 people in danger. Radha Krishna Jagarlamudi is the director of this movie and it stars Manoj Kumar Manchu, Anushka Shetty and Allu Arjun.

This story is of a bike stuntman who remembers his past life as a warrior and pursues the reincarnation of his lady love. An evil figure from their combined past again threatens them to isolate them forever.

A software engineer returns to India with a motive of serving his country and invest his time in the welfare of his nation. However, few politicians and corrupt officials keep him from doing good to the poor and needy.

Rajinikanth and Shriya Saran are the leads of this movie and S. Shankar is the director.