Almost all of us dream about what we would do if money were no object. On top of buying a nice house and perhaps a vacation home on the beach, many of us think about buying a luxury, top of the line, state-of-the-art, automobile. Perhaps that is why we are all so intrigued by the luxury cars that celebrities drive.

Wishing that we had the type of disposable income it takes, celebrities spare no expense to travel in style. Below are the most incredible rides purchased by celebrities old and young alike. A mixture of classic and trendy new styles, that I guarantee you won’t find at any Winnipeg car dealership, these cars are truly awesome.

1) Coming in at the top car driven by a celebrity is David Beckham’s Rolls-Royce Phantom Drop head. 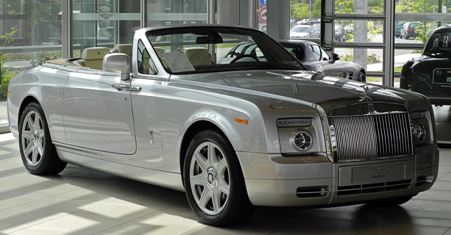 With a price tag of just over $400 thousand dollars, this car is supposedly the way that his family arrives in style. In the true luxury that only Rolls-Royce can provide, everything is fully automated and top of the line. Going from zero to sixty in just 5. 6 seconds there is no catching this star both on and off the soccer field. A top speed of 149, those who know him know that he has already tested to make sure that it is capable. 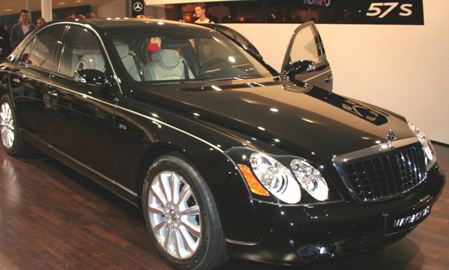 With the ability to accelerate from start to 62 in just under 4.9 seconds, it is one of the fastest cars on the market. Capable of speeds up to 190 miles per hour you would need a wide open space to test this machine at maximum ability. A rap singer with lots of disposable cash to spread around, this fancy car set him back over $430 thousand dollars, a small price to pay for a sedan to cruise around town in.

3) Jay Leno’s Mercedes is just one of the amazing cars that this comedian has at his disposal. 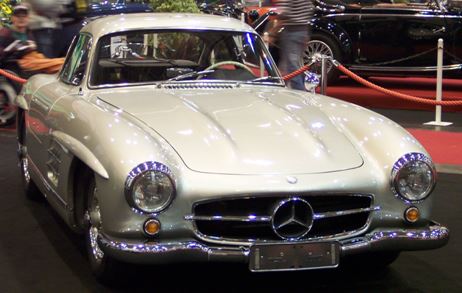 With lots of time to drive around now that he isn’t running the Tonight show, this SLR McLaren goes from start to sixty in just 3.7 seconds, feeling more like a jet than an automobile. With speeds topping 208 miles per hour, most of us can only imagine what that might feel like. An avid car collector, this Mercedes cost him over $670 thousand.

4) The Ferrari Enzo owned by Nicolas Cage is an F140 V12 aluminium engine that is one of a kind.

Only 399 in existence, it is reportedly worth over $670 thousand on today’s market. This car goes from zero to sixty miles per hour in just 2.5 seconds and can speed up to 218 miles on the open road. A true sports car, there is nothing but luxury built-in. A sleek car that has all the bells and whistles, it makes it one of the coolest cars in existence. 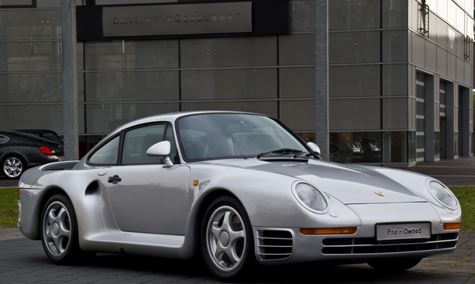 The Porsche 959 is one of the most expensive cars there is. Only 337 made it may not be one of a kind, but certainly one of the very few. Setting him back $700 thousand, it was a small price to pay to go from start to sixty in just 4 seconds flat. Speeding up to 195, there are few who can keep up with Jerry’s comedic style or his need for speed.

6) He may only be a legend in his own mind, but Kanye West’s Lamborghini Aventador is quite arguably the coolest sports car ever created or owned. 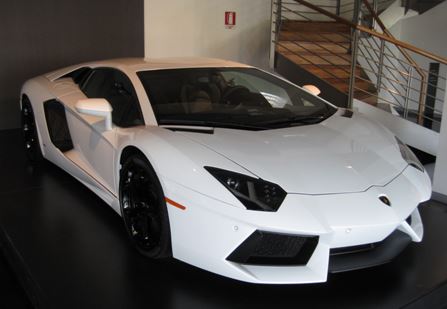 Speeding at 217 miles per hour, he has more than likely tested it out many times. With an engine that accelerates from zero to 60 in 2.8 seconds, his car can get him into trouble as quickly as his mouth can. When a service driver crashed it driving in Kim’s gate, Kanye saw his $750 thousand purchase reduced to a heap of metal. Thank goodness he has good insurance.

7) The American Idol creator has enough to drop on a car that cost over $1.7 million in cash. 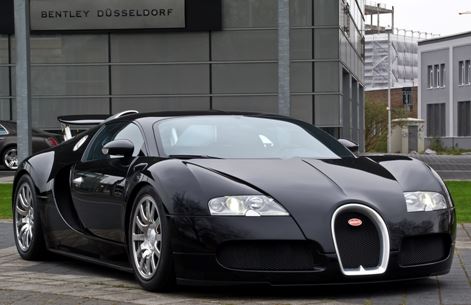 The Bugatti Veyron owned by Simon Cowell tops our list of the most expensive cars ever purchased. With the ability to speed up to 254 mph, he can leave others in the dust with very little effort. It only takes 2.5 seconds to get from zero to 60 and is one of the hottest rides in the industry.

Not all of us can be billionaires, but we all like to admire those who are. The rich and famous thrill our senses in many ways and make us all dream of the day when we can go from start to sixty in less than 20 seconds, which is what most of our sedans are capable of. 🙂