Computers have evolved over time, an example of this statement, is demonstrated with desktop computers, which have been in second place and currently dominates in the personal computer sector are laptops. Why? Because they are: they are powerful; they have a good screen to work with and can be carried anywhere.

Best Games You Can Play On Notebook And Low-End PCs 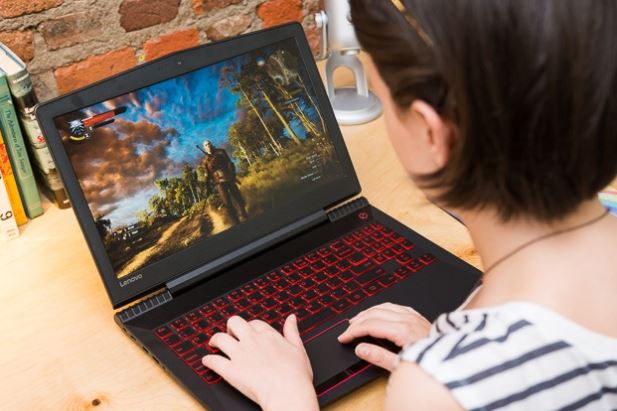 Your budget may be very limited. Computers are not cheap; however, they may be affordable for most people. Maybe your budget could be limited with $ 500 or a little more. But, do you think it was not possible to find laptops for less than $ 500 in 2017 that are good, nice and cheap? You were lucky!

You can find them and recognized brands. But that’s not all. In this article we bring you a list of the best games for PC that you can play on low-cost laptops.

Hellforces is a PC game, which is recommended if you own a low-end laptop. This is a first person action game that tells the story of Baphomet, who is a demon who plans to bring all the demons to the real world, and for this he has founded a cult of Lucifer. The story also appears the scientist Henry Alfred Cole, who is a character of great intelligence that performs experiments with humans.

The game was released in 2006. Another of the highlights of this story is that most of the human race has become zombies, thanks to the studies of Henry Alfred Cole. It is also characterized by being a game where there is a lot of action and shots. If you want to play this game, chances are you can play it on any laptop that costs less than $ 500. The requirements that must fulfill your PC are the following:

For fans of King Kong, this game will surely be wonderful, because it is based on the movie of the same name by Peter Jackson. The game begins with the arrival of the film director and his companions to the remote island of the skull.

The characters will begin to realize the dangers that exist in that mysterious place. they are no longer motivated to shoot the film when they realize the dangers that lurk in the island, nevertheless they continue remiendo it. All the characters are astonished of the aspect of the island Skull, which seems to have been intact from the prehistoric time.

This is an adventure game whose protagonist is a detective, who is locked in an institution for the mentally ill, who is completely convinced that he is not sick. Throughout the plot, the protagonist is trying to sort out his memories about a missing colleague and suspected of a crime.

This game was released in the year 2009, and is characterized by playing in first person. It is a great adventure of horror that introduces us to the problems of the human mind. There are many references to religious cults, beliefs and apocalyptic visions. To play it you must have the following requirements in your computer:

This is an action game in which the player will be playing in first person. The story tells the life of a rich young man who is fanatic of the street races but who has been accused of a crime and for which he has paid 28 years in prison. Once his sentence has been fulfilled, vows revenge on all those who accused him. If you like high-speed car games this is a good option for you. The minimum requirements to play it are:

Anoxemia is a marine exploration game in which appears the main character named Dr. Bailey accompanied by an intelligent drone called ATMA. It is very quiet and without great scenes of violence. In this story both characters will explore the depths of the ocean, but a tragedy will occur when communications with the ship and the science station are cut off. Then a new ingredient adds to this plot: lack of oxygen. henceforth the struggle to survive will begin.

Diablo II is an action video game. Originally released for Windows and Mac OS in the year 2000 by the company Blizzard Entertainment, and was developed a programmer called by Blizzard North. It is the direct sequel to another game with the same name, which was released in 1996.

Diablo II was one of the most popular games of the year 2000. This game is characterized by dark fantasy and horror themes from the previous game, and its access to the free online game service Battle.net. Requirements:

Iron Storm is a PC game, which is characterized by sequences of action where the player will have to survive several adventures during the First World War. The game also develops in the trenches of this war, where the protagonist must develop all his skills to survive.

There are all kinds of weapons, machine guns, grenades, mustard gas, etc. There is also the most modern technology: helicopters, wireless communications, spy satellites, anti-personnel mines. This game has great difficulty.

This game is a classic for lovers of games in PC. Its launch was realized in 1990 and at the moment it owns many visual improvements and elements in 3D, in addition it has new elements of design unpublished, graphic update and many other surprising things. and best of all is that it can be played on a low cost PC, because it does not have great technical requirements.

For many players this is a great game for its quality. For many the best delivery of the well-known Capcom saga, for others the last Resident Evil “really.” Many passionate about the games will find this game very interesting and intense. Another important thing is that you can play it on a low-cost laptop because it does not require big things from computer hardware.

Its graphic quality is enormous and despite many challenges it is very easy to play.

This is another title for fans of the Battlefield saga. It is a game that will not disappoint anyone. The subject of this video game is the infernal Vietnam War. It is possible to play in multiplayer mode. This saga is characterized by an addictive style of play, with a mix between action, suspense, emotion.

This game offers a sense of freedom. it is necessary for the player to develop to the maximum his abilities and logic, which were necessary to achieve the objectives.

So, is it possible to play on a low-cost laptop? The answer is yes. The PC is a very flexible platform that has no problem adapting to low budgets, and to the surprise of many as indicated by studies conducted by specialists more than 70% of people who play games on their computers, do so on laptops that it does not have great technical elements.

So why are you going to sacrifice your budget? Nowadays there are many laptops with prices under $ 500 that can help you live with your passion: games. 🙂