When structural loads are to be transferred into poor ground conditions, that’s when the technique of Vibro compaction comes in handy. For those who don’t know, Vibro compaction is basically a ground improvement technique, and it helps in making the ground strong enough to bear any load that has to be inserted. 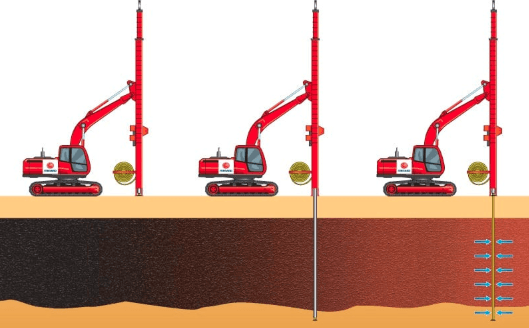 What happens in Vibro compaction is that the vibrations strengthen up the ground and consolidate it so that construction can be done on that piece of ground. Otherwise, if the condition of the ground is poor, the soil on it won’t allow people to construct any buildings or even a wall. At least it won’t be safe!

The one thing you should know about this process is that cohesive soils don’t have any response to these vibrations, so the process of Vibro compaction isn’t for that kind of soil.

Especially if you are going to work on a construction project where you have to construct buildings, tanks, dams or embankments, this technique can really come in handy to you.

You see, the number one reason to give this technique a try is that it’s a cost effective alternative to grouting and piled foundations. The only issue is that you cannot opt for this process if the piece of land is small. The ground and the area needs to be big enough to accommodate this plant.

Honestly, if you want to save some money and if you don’t want to opt for piling, then Vibro compaction is what you should try. It’s a successful technique and well, a trending one too!

1] The Concept Of Vibro Compaction

The name “Vibro compaction” makes the concept quite obvious, but if you still want to know about it, then here’s what you should know. This technique is used so that the particles of granular soil can be arranged with the help of vibrations, and the density of the soil can increase.

As said earlier, this technique cannot be used for cohesive soil, so we are sticking to the granular soil that’s also known as the non-cohesive soil.

Yes, this method is cost effective, but on the other hand, it comes with certain limitations too. For example, Vibro compaction methods are specifically for gravel and sand that comes with less than 15 to 20 percent fines.

This technique is undeniably a great way to save money, and it’s effective, too, but still if you want to opt for this method, you first need to study it properly and make sure that you are falling in the category of eligibility for using the Vibro compaction method.

This is all you need to know about the Vibro compaction method. It’s no rocket science, and it all works quite smooth if you are getting it done in the right way.

Now, if you do have a construction project to work on and if the ground area is enough for the plant to be installed, then opt for this technique right now, and you will see what we are talking about here.