It’s a different world today. That might sound like the biggest cliché of all time, and something that has been said by every generation. However, when you look at the impact of technology on every facet of our lives, you have to admit that there is more than a grain of truth in it. 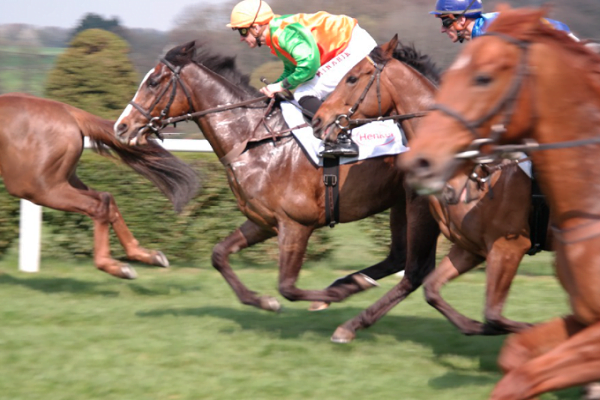 Naturally enough, it is the most traditional activities that are the most resistant to changes brought about by technology. You can’t get much more traditional than horse racing, a sport that has existed for centuries.

Yet the Sport of Kings, as English poet John Dryden called it in 1691, has bucked tradition and embraced technology with open arms. Let’s find out how.

Perhaps the main reason there is so little resistance to new technology in racing is the clear benefits it brings. Everyone who loves the sport loves horses and cares about their wellbeing.

The introduction of thermal imaging to monitor temperatures after a race along with the use of cutting-edge medical tech like endoscopes and ECGs has been instrumental in reducing equine fatalities by an amazing 30 percent over the past decade.

These days, betting is an important facet of every sport. But in horse racing it is part and parcel of the very fabric of a race meeting. In days gone by, punters had to stand in line with their dollar bills and betting slips in hand, desperately trying to get their money down before it was too late.

These days, betting apps could not be easier to use, and even a complete novice can learn how to bet on horse racing in next to no time.

As well as making it easy to place a bet, apps also have useful tips, betting guides and either live streams or highlights of the races themselves. Some are even exploring virtual reality to bring more realistic coverage of each and every race, wherever it is run in the world.

Sports science at the cutting edge

Godolphin Stables and Kingswood Stud are two of the foremost racehorse training facilities in the UK. Pay a visit to either, and you would be forgiven for thinking you had walked straight into the Olympic Village.

You’ll see gallops with custom-made astroturf, equine spas, even a sea walker, which is a circular pool that the horse can walk in for muscle strengthening and recovery. It all contributes to fitter, faster horses that are less prone to injury.

A decade ago, race fans had to sit on their hands, waiting in anticipation of the next big meeting that they could either attend in person or watch on TV. Today, there’s a race to watch, and perhaps on which to stake a coin or two, every single day.

Those live streams on the betting apps and through specialist racing sites cover race meetings from every corner of the world. They have also served to turn the most talented racehorses into global superstars, when in the 20th century, they would only have been famous in their home nations.

If you thought wearable fitness technology was just for human athletes, prepare to be surprised. A company called Voltaire has developed the Blue Wing, which is the world’s first  smart saddle. It contains a microchip that gathers data about every aspect of the horse’s movement, including gait, symmetry, speed, number of jumps and so on.

Equimetre is another piece of smart tech attached to the horse that provides a constant stream of data relating to both the animal’s health and the conditions out on track. It provides valuable insights on how the horse performs when, for example, the going is softer or the temperature is higher.

Technology is also helping to bring some resolution to one of the most controversial questions in horse racing. This is the debate over natural versus synthetic tracks. It’s an argument that has been running for the past two to three decades, with supporters saying synthetic is better for the horses, and traditionalists saying it does more harm than good and a properly maintained turf or dirt track is best.

While the traditionalists might have had a point 20 years ago, there can be no doubt that today’s all-weather tracks offer a safer surface on which to race. It is also more predictable, which is good news for the punters!

The right result, every time

Back in the day, a “photo finish” was exactly that. Someone with a camera would take a shot as the horses crossed the line. If the button was pressed a tenth of a second too soon or too late, or if the focus was out, that was just too bad. These days, there is no waiting around for the photo to develop.

1-D array sensors at the post work instantly and with absolute clarity. It means the right horse and rider are crowned winners every time.

Moving into the blockchain age

Until recently, Blockchain has been mostly associated with cryptocurrencies like Bitcoin. However, digital ledgers present a far wider range of possibilities, and these will become manifest in the world of horse racing over the coming years. It’s not just about using Bitcoin to bet on a horse, although that is also becoming popular.

More broadly, though, blockchain provides the ideal medium to store key pieces of information about each horse. This can then be securely accessed by breeders, trainers and even bookmakers in the run up to a big race.

Finally, another piece of future-gazing. When Horse and Hound ran a story about a robot jockey a couple of years ago, it was dismissed as a PR stunt. However, robot riders are already the norm in camel racing, which is a massively popular sport in the Middle East.

Given the speed at which robotic technology is developing, it is surely a matter of when, not if, horse racing gives the option serious attention. Experts believe robot jockeys could be a common sight by 2025.