iPad Pro It seems like Apple won’t rest on its shoulders until it takes over the whole technological industry bit by bit. After the successful era of iPad Air and iPad Mini, here comes the new iPad Pro rumored to be named as iPad Pro. Well, it might be the effect from Samsung. Apple always keeps the tablet field in its pocket but this time, Samsung got the upper hand since it has a lot of tablets to show off. Recently, they’ve unveiled 12-inch Galaxy Note/Tab pro which is available as large screen Android devices. Now, it seems like Apple is going to do something similar. Rumors have it that Apple might be working on new prototype of iPad Pro. If you’re eager to know more on this device, keep reading. 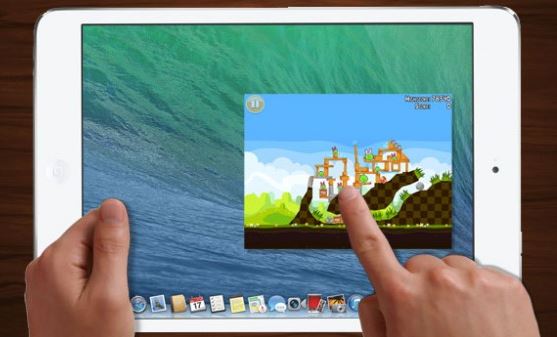 We’ve not yet got any official news from Apple, so it’s all the rumors we are talking about.

iPad Air was unveiled in 1st November, 2013, so, iPad Pro might be released in the same month of 2014. But, folks, remember, we already have iPhone 6 and iOS 8 rumored to be cooking on the production state. So, the release date of iPad Pro might be delayed. Pad News is suggesting that iPad Pro will be out in two different variants. One with 2K display will be out within April, 2014 and the other one with 4K display will come out in November. But, according to International Business Times, iPad Pro might be released in late 2014 or even in the early 2015. Also, it’s been rumored that Apple took the project of iPad Pro but eventually they’ve cancelled it since they’re trying to lean towards to smaller screen tablets. It’s still a matter of doubt whether Apple will try to pull the iPad Pro project to the market or not.

Korea Times, Digi-times and lot of other sources are pretty certain about some of the specs leaks of the rumored iPad Pro. According to the sources, Apple is planning to release 13.3 or 12.9-inch tablet as iPad Pro. Just like Samsung’s Note Pro, Apple is trying to enter the market of big-screen tablets.

Rumors were circulating about the software of iPad Pro saying that it might merge the iOS and Mac OS X. But, Apple has denied it altogether. Apple SVP Phil Schiller told Macworld, “We don’t waste time thinking, but should be one. How do you even make these merge together? What a waste of energy that would be.” But, it doesn’t imply with the fact that Apple has denied the project from their production department. 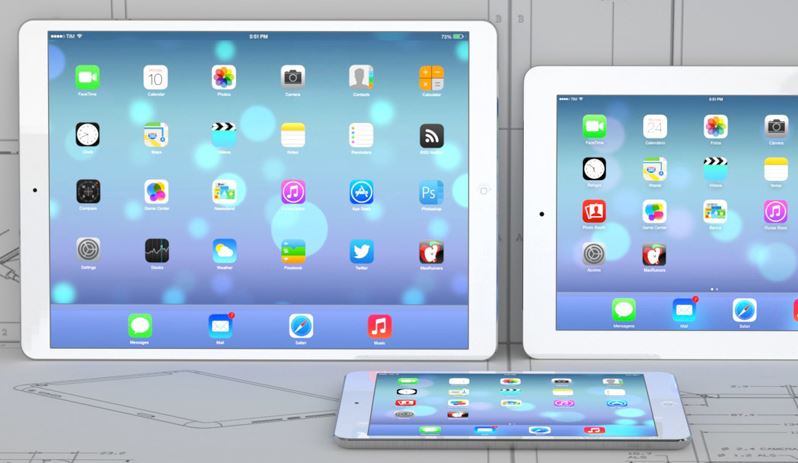 The competition is already on heats since Galaxy Note Pro 12.2 is already on the market and it’s getting huge consumer response. Critics were pretty happy to see the display and size of iPad Air and its thickness molding down to 7.5mm. It would take a great deal of engineering from Apple to make iPad Pro worth of the money. Also, we’ve got news that Apple is trying to patent a new extend able stylus. It might be the option with iPad Pro.

Until now, this is all we’ve got. Keep tuned to our website for more info and leaks.