With the technological advancements in our mobile phones, from budgeting to banking to purchasing stocks, everything can be managed through our smartphone devices. Americans are always more enthusiastic about accepting any new trend and so did they show their utmost interest to accepting mobile phones as a part and parcel of their financial lives. According to a survey done in the month of December, 2014 by the Federal Reserve System, 55% of smartphone owners in the United States have already been engaged in mobile banking since the last few years.

How to Living the Mobile Lifestyle 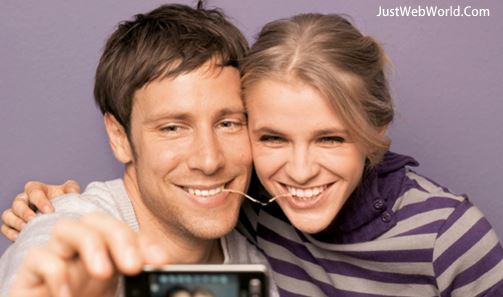 Although this is a fact among the Americans, it is also true at the same time that majority of us are yet to abandon some of the traditional ways of managing money. As per a survey done by the Bank of America, 65% of American smartphone owners boasted of using their mobile phones as electronic wallets and 40% used their mobile phones for in-store purchases. 6 out of 10 smartphone owners preferred to use credit cards, checks and cash as their payment methods. Nowadays, there is an app for everything and for all those functions that your smartphone can’t do through its in-built software, there’s an app to fulfill your wish. However, the question is whether or not you should sacrifice your financial safety only for the sake of a little bit of convenience.

1. Flipp for iOS and Android:

Wishbi, based in Toronto launched Flipp around a year back and by now it boasts of having over 1 million users every week. The app specializes in helping your find the best deals. This app has the capability of combining all the flyers around the area where you live and also allows you to search for only those items which are being given on rebate. So, if you have this app installed in your smartphone, you don’t have to go through the hassles of clipping your shopping list along with the respective flyer for obtaining the given discount. The app will clip things for you and look for specific items on your behalf.

If you have long been trying to budget but you have been unsuccessful, this is perhaps the best app to install in your smartphone. It allows you to feed in your expenses and then organizes them into different categories. The app automatically uses GPS to track the places where you spend money. The InstaScan feature of the app also captures the relevant data from your receipt and then includes the information into your budget. This is an entry-level way for people to start following a budget and also keep a close watch on their finances.

Are you someone who doesn’t prefer data entry at all? If answered yes, you should install Mint, which was launched in Canada in the year 2010 and which has 16 million users all over the world. This financial app pulls out all your financial details from the accounts which you add into the dashboard. This is probably the most popular financial app which comes for free. It has the capacity of breaking down the expenses in different categories and helping you do the math. If you have set a budget, you can also fix an alert so that you’re notified the moment you cross your budget.

This app has been launched very recently and it helps you track and reach a particular savings goal. The person who launched this app says that he wants to promote healthy savings habit among people and this is the reason behind launching this app which shares the main goal of setting and fulfilling your financial goals. You can input multiple targets and the app will soon follow your progress and five you personalized tips which are based on the habits of the users.

Spendbook offers the users an easy yet elegant way of tracking expenses and following a budget. In layman’s terms, you can easily keep a track on your spending so that you get to know whenever you’re spending more than what you earn.Users can add a picture of the item that they buy and also set category to the income and expenditure source. You may also include all transport costs, bus traveling costs and some other costs as well.

So, if you’re having difficulty in managing your finances on your own, you can take into account the above mentioned smartphone apps. If you still incur debt even after allowing the apps to keep a track on your finances, you can seek help of the debt relief firms. If you want to learn more on the debt relief options, get help of a financial advisor. 😀