There has always been a complaint among Mac and Android users where they said they couldn’t transfer files with each other.

Now that the MacDroid app has been invented, the transfer barrier between Android and Mac has been broken for good. MacDroid app lets you transfer files and even entire folders between a Mac computer and an Android device that are connected through USB. 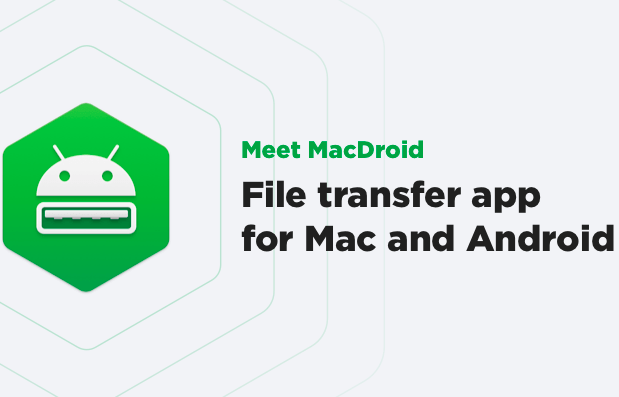 In general, macOS and Android OS can’t work together. Hence, if you own a Mac computer but you don’t own an iPhone, you’d know how tough and impossible it is transfer files from the computer to the phone and vice versa.

Keeping in mind all these issues, the Electronic Team, Inc. announced the release of MacDroid 1.0. This is a brand new addition to the company’s MacOS software lineup.

With MacDroid, a user can connect an Android tablet or a phone to their Mac and be able to transfer music, photographs, videos and also folders between a device and a computer. However, you have to connect to the computer with the help of an USB cable. You won’t need any other added hardware or software.

The Highlights of MacDroid at a glance

MacDroid provides two modes of connection to its users, ADB and MTP. ADB mode is the one that is advised by the app developers and this is because it offers high speed and stability for data transfer.

MTP connection is easier and more versatile. It lets you connect other devices that may not be running on Android. However, as long as they support MTP connection, you can easily transfer files.

Steps to transfer files from Android to Mac through MacDroid

Connect the Android to Mac

Connect the device to the computer through an USB cable. Download, install and then open the MacDroid Android file transfer app. Open ‘Devices’ which is there in the main menu and search for the device on the list.

Choose any of the two connection modes offered by MacDroid : Either ADB (which is advised) or MTP and then follow the steps to ensure the device is already on your computer.

Now when the device is connected and you confirm the device, open the device in the Finder app and enjoy editing tasks and Android transfer with MacDroid.

Mount Android in the form of a drive on Mac

Tasks MacDroid helps you with

As you’re already familiar with the steps to install MacDroid, now you should know how it helps you with different tasks. Read on.

Media Files that can be transferred through MacDroid

The types of files that you can transfer through MacDroid are as follows.

Pricing and Availability of MacDroid

MacDroid 1.0 has two versions, Free and Pro. Both the versions are available from the developer’s website. The free version lets you transfer files from Android to Mac.

However, you may try out the PRO version for 7 days at least as this is free of cost. This PRO version lets you transfer files from Android to Mac and vice versa. It also lets you edit Android files on Mac without saving them.

MacDroid PRO is sold on an annual subscription bases with auto-renewal and this costs you around $19.99/year. This software app has been developed by Electronic Team, Inc, which is a tech development company that specializes in high-end software applications.

So, now that you know the features of MacDroid, try using it in order to bridge the transfer gap between Mac and Android.