Home » Wildlife » 15 Most Poisonous & Dangerous Snakes In the World

People do not know about the snake’s varieties, and the masses assume that there are only a few snakes species in the world. Its true that a few snake species do not have poison in the teeth and the bites are ineffective.

Most Deadly Venomous Snake In The World 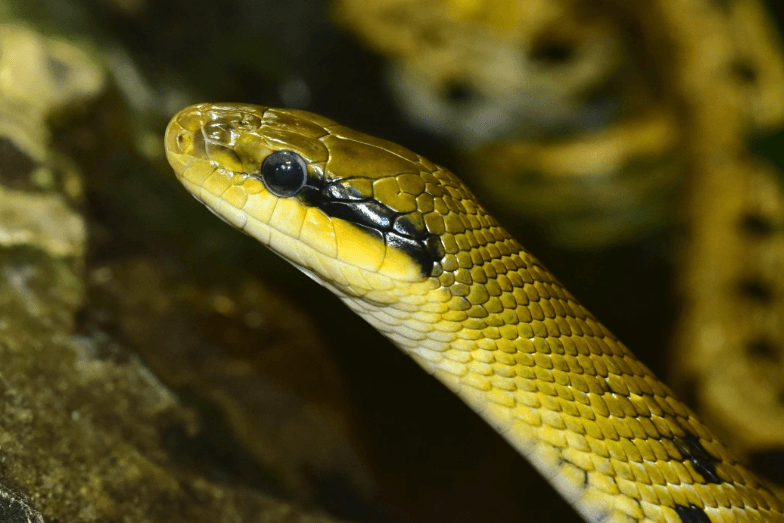 Scientists found that a venomous snake is still venomous even after removing the teeth. Today, we are going to look at the top 15 venomous snakes that can kill a living being in a few minutes.

I know that many of you are surprised to see Rattlesnake in the first position. The Hollywood movies left an impression in the world that Anaconda is the most dangerous snake in the world. 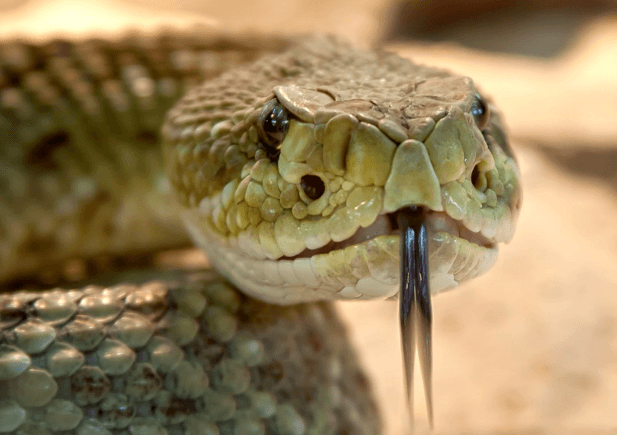 The Rattle Snake can kill you in a few minutes and Anaconda is not a venomous snake. The horrifying looking Hollywood snake might intimate a little. However, if you have a friend with you, then Anaconda is no big deal.

Rattlesnake is a major contributor to snakebites in America and North America. It is one of the common snakes found in America, and many domesticated animals die because of it. 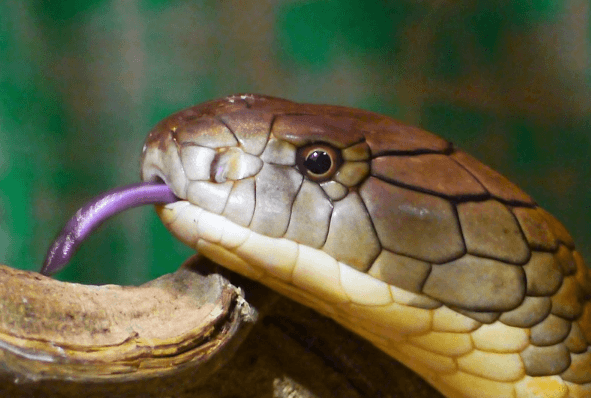 King Cobra species is the most venomous snake in the world, and you can find one in India subcontinent forests. The Cobra worshiped by the Hindu religion people in India, and it survives by consuming other snakes & small animals.

The honor of the word “King” added to the snake because it has the ability & strength to deliver venomous strikes to the prey. 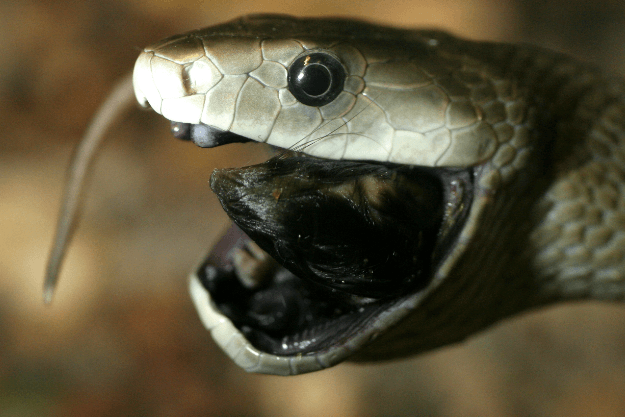 Small & long, but the Black Mamba feared by the majority of the people in Africa. Mamba is an infamous snake in African countries because it inhabited in the African lands for a very long time. 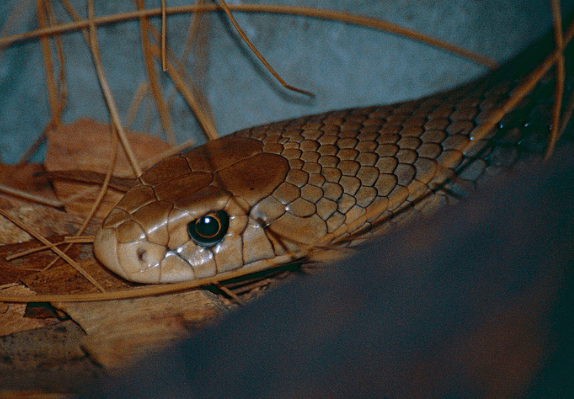 Every Australian knows about Eastern Brown Snake because it is world’s second most venomous inhabited in Australia and Papua New Guinea.

The beautiful snake can camouflage in the desert, and no one realizes the presence until or unless it bites. The Elapidae family snake usually light or dark brown color. 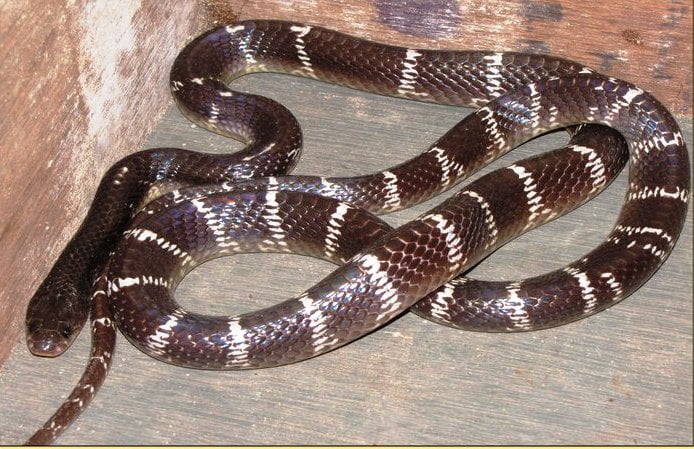 The common krait is responsible for the most snakebites on humans in India. Common Krait is another snake found in Indian subcontinent & forest. The world considers it as the big four species of venomous snakes.

Indian Krait is responsible for the majority of the snakebites took place in India. Millions of people recognize the color and shape of the common krait, but they don’t know the exact name of the snake. 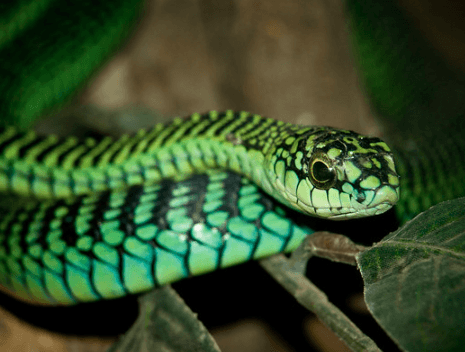 Boomslang is a venomous snake found in Sub-Saharan Africa. The Colubridae family venomous snake lives on trees and shrubs. One bite is enough to put an end to the human life. 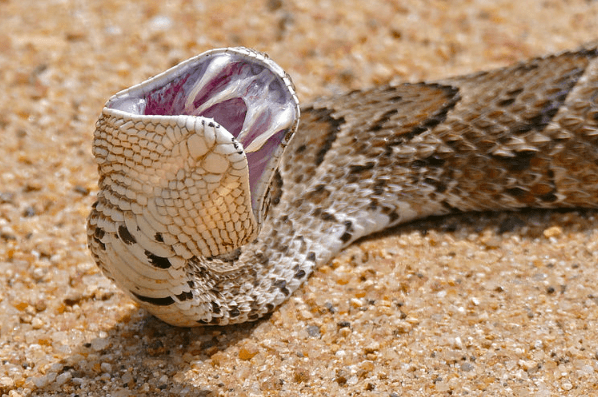 The most feared snake in Africa Puff Adder kills millions of people in Africa every year. An Adder can kill four to five men in a few bites.

Dangerous and Aggressive Puff Adder is a danger to human life, and the cytotoxic poison is enough to kill someone. The interesting point is that they slow-moving snakes, but the response time increases when the snake feels threatened. 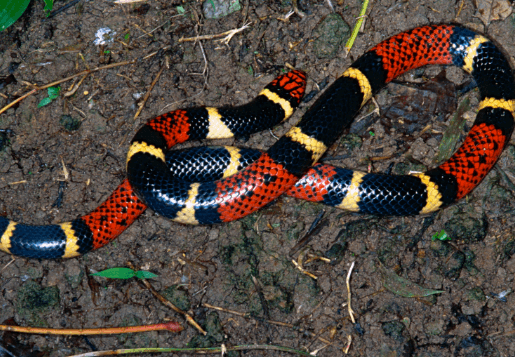 Coral is not an aggressive snake, and the number of snakebite cases is less compared to others. However, the venom released by the Coral is extremely dangerous and highly poisonous. The Coral covered in red, white, yellow, and black colored banding. The Coral Snake is native to North America. 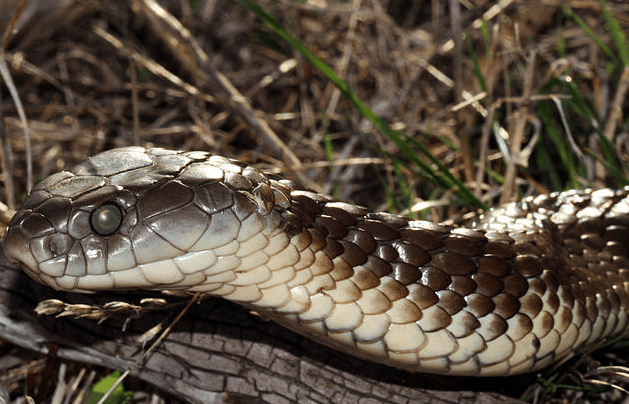 Brown Snake kills the majority of the people around the world, and it stands on the number one spot. The second spot goes to Tiger Snake because it is one of the dangerous & venomous snakes in the world.

Tiger Snake can kill an adult within four hours of the period, and immediate treatment is extremely important. The venomous species found in mainland Australia & Tasmania State. 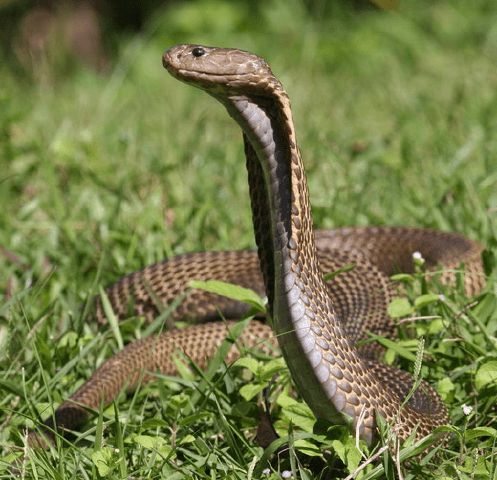 Philippine Cobra lands in the list of venomous species and the tag “Cobra” is perfect for it. The snake spits poison in eyes, and the aim is perfect. The Cobra-species found on the islands of Luzon and Mindoro. The snake prefers to remain in regions like paddy, grasslands, and tress.

Unlike Anaconda, the Philippine Snake is not muscular, so it depends on the poison to work on the prey. The aim of the snake is perfect enough to kill the prey and consume it. 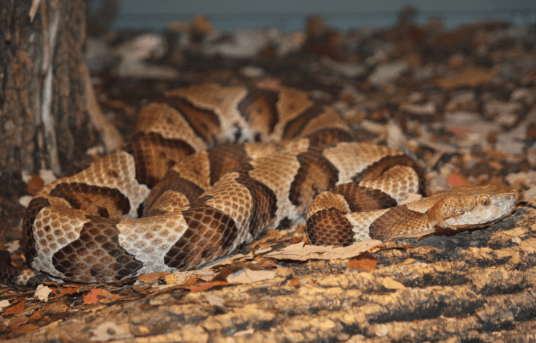 Copperhead is a species of pit viper venomous snake endemic to Eastern North America but also occupies a variety of different habitats. These snakes are generally not aggressive and feed on frogs, lizards and smaller snakes.

Copperhead also is known as Agkistrodon Contortrix are deadly snakes that adapted to the changes in Eastern North America. The snake might look intimating, but the feed on lizards, frogs, and smaller snakes.

The nature of the snake is calm, and they don’t attack at a human for no reason. The amount of poison injected by the snake depends on the animal fear. If the Copperhead feels “my life is on the line,” then it will inject enough poison to kill a human. 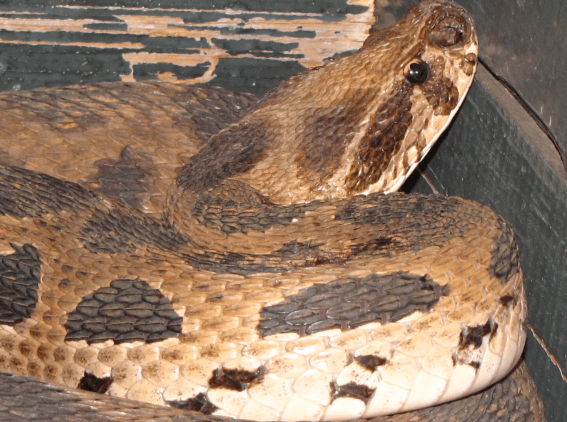 Russell Viper is a popular snake in India because it lands on the list of “venomous snakes” that killed hundreds of people in the country. The other names of the snake are chain viper, or Doboia found in China, India, Southeast Asia, and Taiwan.

They prefer to live in forests, grasslands, plains, and agricultural fields. The Viper is aggressive & inject plenty of poison when in danger or life-threatening. 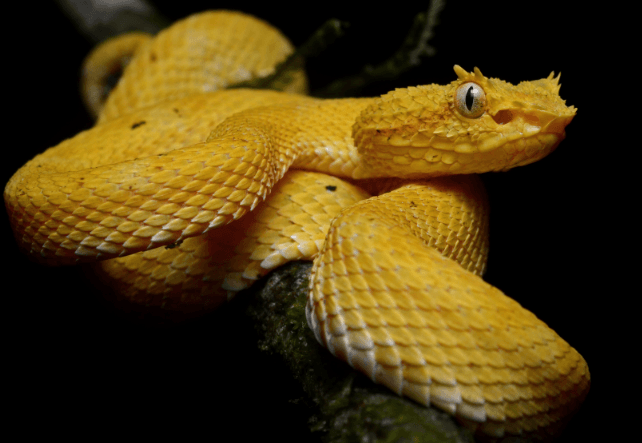 Lancehead snakes venom magnitude is more than one can imagine because it can destroy flesh and tissue. The venom helps the Lancehead to digest the food, and the hemotoxic venom eats away the flesh.

The golden colored snake has neurotoxic components to kill the prey. They are extremely good at swimming, and you can find them in Northern South America. 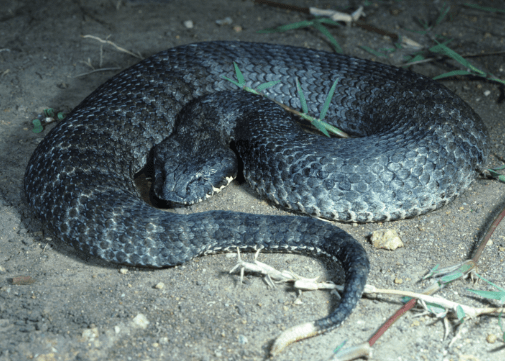 Death Adder is one of the venomous snakes in the world. The highly toxic neurotoxin causes paralysis in the prey and then it consumes it.

They adapted the environment in Australia, and it takes approximately six hours for the Death Adder poison to kill a person. Adder found in New Guinea as well, and it can strike fastest among all venomous snakes in Australia records. 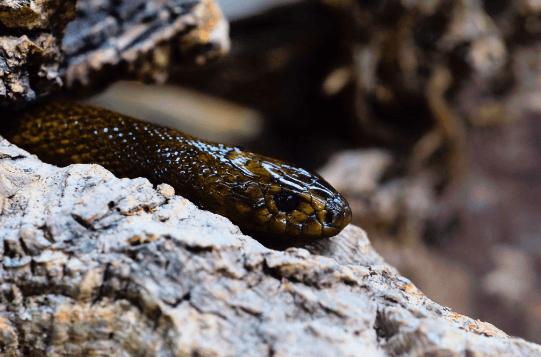 Inland Taipan regarded as the world’s most venomous species. The Inland snake capable enough to move faster and strike at a faster pace without a chance for the prey to run. The snake is from elapid family, and you can find them in Australia.

Here are the 15 Most Poisonous & Most Dangerous Snakes in the World. Let us know which snake intimate you the most in the comment section below.