Home » Gaming » Most Popular Mobile Games of 2021 In India

Mobile gaming is an incredibly popular pastime in India, with many players joining in. One of the great aspects of this sector has been the improvements we have seen recently, every year the games on offer become bigger, better and more advanced.

But what is the most popular game in India this year? There are many that stand out, but just a few at the top are the ones we are going to focus on. This ranges from those who are playing huge stand alone titles, to players who play mobile casino games with the best operators from around the world. 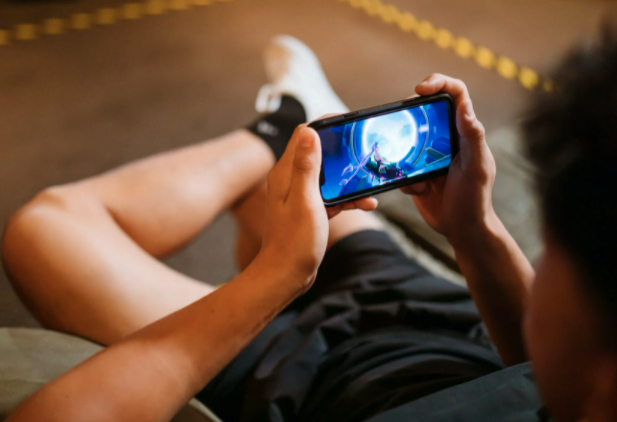 These games all have something in common, which is that they push the boundaries and ensure that they use the full capacity of the phones on offer. These games are faster, bigger, have better graphics and more complex features than we have seen in the past.

As this trend continues, the games of the future are going to be the same, and push even more, so every single year as we get new games released, these are going to be of an even better standard.

Here is a look at the most popular mobile games in India.

A huge title, thanks to the popularity of Call of Duty across many different gaming platforms. The game grow thanks to online play, there is the option to play alone and go through the game story, but many people play this title so they can go online and play against other people.

On the back of that success, Call of Duty mobile was released into the Indian market back in 2019, and since then has proved to be a huge hit. Millions of people downloaded the game instantly and then through 2020, and that has not slowed down in 2021, as more people continue to jump on the Call of Duty bandwagon.

In the first few months of release, the game had over 17.5 million downloads just from India alone, showing just how popular this game is in the country. Just like the console version of this game, online play has proven to be the most popular, and the reason why so many people have downloaded this game.

When you look at live streams on Twitch and see what Indian gamers are playing, many of them are streaming their Call of Duty games. This is a platform where eSports players broadcast their games, and Call of Duty is part of the eSports scene, with many players from India and around the world taking part in competitive gaming on Call of Duty.

Among Us is a game that many people will know of and will have played. This is an incredibly easy game to download and play the basics, but if you want to become a master of the game and really move up to the next level, then it takes a lot of time, practice and hard work.

The game was downloaded 40 million times shortly after release, which is an incredible amount and the players have not stopped coming since then. In India, the game continues to grow in popularity, with many new players coming in, and the older players seem to be sticking around.

This has led to many dedicated Indian gaming servers being set up for this game to be played. This shows how big this has grown and how seriously the game is now being taken, it could well go down as being one of the all-time classics if things continue like this for a few more years.

Although casino gaming covers a wide range of games, and not just one specific game, with the number of casino gaming apps and the amount of people in India playing them, we had to mention this.

Casino gaming has grown in popularity a lot over the past decade, and the quality of both the games on offer and the apps they are housed in has improved too. If you want to play mobile casino games then you have a fantastic range of options out there to try.

In terms of the games on offer, Indian classics such as Teen Patti and Andar Bahar are now available, which has really boosted the popularity of casino gaming in India. These games have been played offline for many years, now those who want more, or have no one to play with offline can now play these online games.

The overall casino service includes a lot more than just these two games of course. Look out for classics such as roulette, blackjack and of course slot games, with some of these featuring an Indian theme, or based on things that people from India love.

Advancements in technology, which we see on a regular basis in the latest technology news, have really helped casinos put their service onto mobile devices. With so many games to have, complex gaming elements which take a big processor to run and of course state of the art graphics, we are only really seeing casino apps come to life now and really showcase everything on offer.

This is another game that is hugely popular around the world, especially in the UK, USA and Germany. If you look at the revenue that the game has generated over the years, the vast majority of it comes from those three countries.

There are many players in India too though, and the player base in this country is certainly growing. Millions of downloads of this game happened in 2020 in India, and 2021 is expected to follow the same path, with more new players joining those who are already enjoying this title.

From the figures that we saw in the middle of 2020, if Coin Master can continue to keep growing and attracting the same numbers, this game could well become the biggest and most popular in India in the very near future.

If you look at the games we have mentioned above then you can get a feel for what players love, and where the gaming industry is likely to head in the future. Mass online gaming is certainly an aspect of these games that is going to stay, we all love to go online and play, and this is increased further when other players are involved.

With this in mind, something such as the casino games that are available may move towards being more about live gaming, and we will see an increase in the number of live casino games, where you play along with others and a real life dealer.

What will be very important, and something the best games do well, is using the full technology that is available at the time of release.

Phones are becoming increasingly complex, and they can handle almost anything that is thrown at them. Developers must use that technology, to give us the biggest and best features, as well as the best graphics considering the improvement of mobile screens.

Perhaps the best way to round things up is to simply say that the future looks very bright, and mobile gaming looks set to thrive for many years.