In 2021, the value of NEO fell by an alarming 40%. Despite this, many experts and speculators believe that it has the potential to grow because of the viable technology behind it. It’s also important to mention that the entire cryptocurrency market crashed in 2021, so it only makes sense that the price of NEO went down as well.

As prices go down, many people look to take advantage of a digital currency. If you’re considering doing so yourself but don’t know where to start, take a look at this guide on what NEO is and whether you should get involved in its cryptocurrency ecosystem. However, you may want to check the NEO price prediction before. 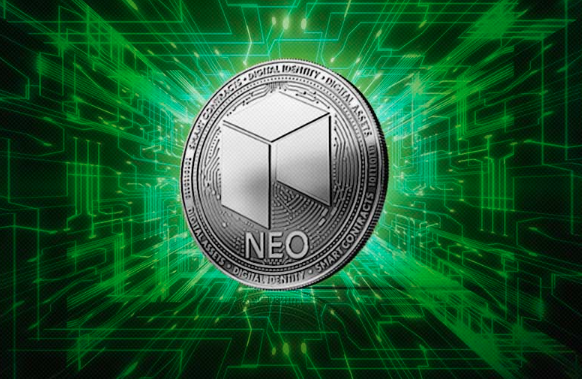 A blockchain is a digitized, decentralized, public ledger of all cryptocurrency transactions. Constantly growing as completed blocks (the most recent transactions) are recorded and added to it in chronological order, it allows market participants to keep track of digital currency transactions without central recordkeeping.

Each node (computer connected to the network) gets a copy of the blockchain, which is downloaded automatically. The blockchain has complete information about the addresses and their balances right from the genesis block to the latest block.

Thus, it provides insight into details such as how much value belonged to each address at any point in history. Every time a transaction occurs, it is immediately updated on all nodes, so everyone knows who owns what at any given time.

Blockchain technology doesn’t depend on traditional banking infrastructure and institutions; instead, it uses consensus in an enormous peer-to-peer network to verify transactions.

This means that there’s no single point of failure or attack; if a hacker wanted to bring down the network, they would have to access every computer at once-an almost impossible feat.

Blockchain technology also makes sure that every transaction is secure by maintaining anonymity while simultaneously making sure that everything is accounted for correctly.

NEO, formerly known as AntShares, is a blockchain platform and cryptocurrency which enables developers to build decentralized applications (DApps) using a smart contract system. The name was changed from AntShares to NEO in June 2017.

To understand why NEO has garnered so much attention from investors, one must first understand that it allows for smart economy contracts. See the statistics below to understand how the currency has performed over the years.

How to Use NEO

NEO is a Blockchain-based project with smart contract functionality similar to Ethereum. Its primary focus and use case, however, are digital assets; to identify, and document the flow and management of certificates.

NEO token holders will receive Gas with each new block generated through their ownership. These can then be used to pay for transaction fees on smart contracts and more.

Gas, like Ether in Ethereum, may also be used by developers to pay for services such as hosting applications on NEO or advertising within its ecosystem.

Why Use It Over Ethereum?

Sometimes, we don’t have to invent something new. We just need to take what already exists, improve upon it, and implement it in a better way. This is currently happening with NEO. The Chinese blockchain platform not only aims to be more developer-friendly than Ethereum but also more democratic as well.

Blockchain technology was designed to be decentralized, meaning there’s no single computer network (and therefore no single point of failure) that could control or influence its use.

It’s also theoretically immune to tampering: since it uses unbreakable cryptography, once a transaction is recorded on a blockchain ledger, there’s no way to alter it without leaving a record of that attempt.

And because each block in a blockchain contains information about all previous blocks, any change would have to affect every subsequent block-which means it would effectively require altering all copies of every record on every computer in existence at that time.

In other words, hacking into a blockchain requires more computing power than existed in all human history—which means cryptocurrency is about as secure as anything can get.

There are still things that can go wrong with cryptocurrencies, but if you follow best practices like choosing long and complicated passwords and keeping your digital assets off exchanges where they could be hacked or stolen, you should be safe from most threats.

The future of blockchain technology seems bright, with growth projected to continue into 2018. Companies like Filecoin, whose ICO raised $257 million earlier in 2017, show that investors have confidence in blockchain as a major new frontier.

As more industries become interested in decentralized ledgers and smart contracts, public blockchains are sure to keep growing. This is why speculators believe it is a good time to invest.