We have been witnessing a radical change in the mobile arena and we can say that smartphones are the next big things. In fact, they are the big things right now which won’t be replaceable in the coming years. With the advancement in technology, we can expect the alteration in the look and work of a smartphone, but it won’t be replaced because it is eternal. Smartphones without the internet are like a car without petrol or a lamp without oil. 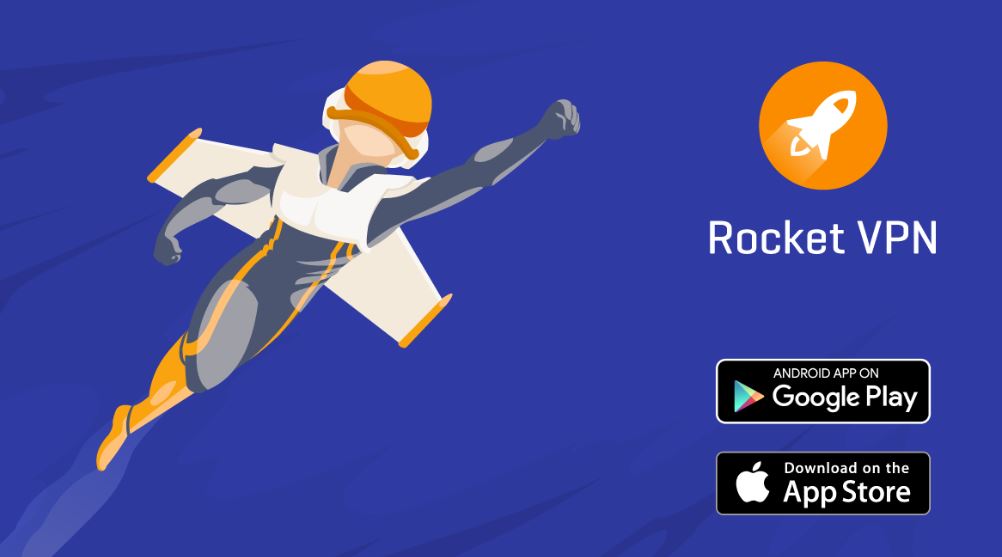 While connecting to any open Wi-Fi network, we usually do fear about the security and privacy. Do you? Ever gave a thought of protecting the IP addresses or your access to the content on blocked websites? If yes, then this article is for you. You must take some security measures before connecting to any connection.

You might be in danger while connecting to a public WiFi and your data might leak. There are even chances of being hacked even with the secure connection as well. If this is your primary concern, then you must thank God because we have some of the best VPN service providers available which help us in keeping up with the security level.

Today, I am here with an app, Rocket VPN which helps in hiding the actual IP address. VPN is the Virtual Private Network. It significantly gives the user a private network for surfing the internet. It actually adds an extra protective layer when the users browse the internet and convert all the information into a particular code which helps in protecting the information.

The Rocket VPN is an app which helps in hiding the IP address and the information. It helps in securing the data between you and your work. You might think about the mechanics behind this VPN service. It actually allows the user to have an access to the internet via a tunnel which helps the user in choosing and using different IP address for surfing the internet.

What is Rocket VPN?

Rocket VPN is a free app for Android and iOS that encrypt your data, unblocks geographically restricted content and keeps you anonymous for a safer, better browsing experience. It helps the users in connecting to the private networks by hiding the identity over the internet.

By encrypting the data, it actually helps in preventing all the chances of being hacked. It not only helps in unblocking the videos or blocked websites but even helps in getting rid of the regional restrictions for the ISP. This app has got high-performance with elite servers which give the user a seamless experience.

Reasons to choose Rocket VPN over others 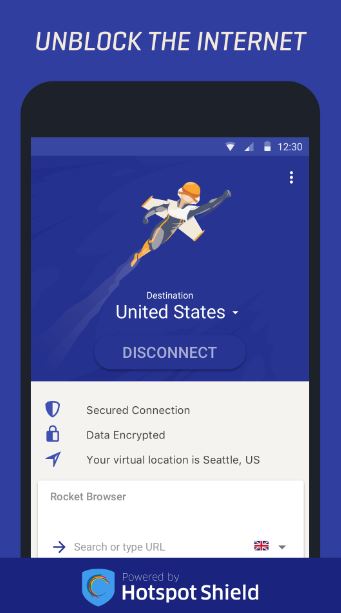 You won’t experience any wired with the homepage because Rocket VPN has got a seamless design. Everything is well arranged within the app. You will easily configure everything quickly and easily as per the needs. You can easily explore the FAQ section or login to your premium account.

Apart from this, you will find it easy to use and most important thing to note is that it has got professional looks. You are going to fall in love with the color selection by the developers for this app.

Rocket VPN helps in unblocking the restricted web pages easily even when your location or country ISP is blocking the same. Basically, this app helps in hiding the original IP address as well as the location and assigns a code, which is the virtual IP address.

This helps in surfing the internet seamlessly leaving all the chances of being hacked or getting your data traced. If the social networking websites are not available in your country, then the best solution is to use Rocket VPN.

For internet surfing, it is really important to have an advanced speed. Most of the VPN services actually slash down the speed after establishing the connection. But, we have Rocket VPN which is little expensive than other VPN service providers but does the job well. In terms of speed standpoint, this app works really well.

Rocket VPN allow the users to quick launch the apps installed on your smartphone right from the app itself. It helps in connecting to the private network for browsing internet. This VPN service provider has elite servers from multiple nations including UK and US which ensures a great speed connection without any hassles. The response time and uptime of the servers are high.

The most acoustic feature of Rocket VPN is the secure connection. Yes. It helps in hiding the original location and IP address of the user which doesn’t give an access to any web service or companies to track your behavior. It has got high-level encryption along with a hassle-free setup.

The app like Rocket VPN comes in handy while accomplishing your security needs. It is a feature-rich VPN which is serving millions of smartphone users. Rocket VPN is a separate app which works quite well with precision. It even allows the user to unblock the websites, unblock the videos or anything which is under the radar.

The VPN plays a vital role as a security guard online between the targeted server and the user. If you are a smartphone user, then Rocket VPN is the best VPN service provider. It is a simple and easy-to-use app through mobile. It actually saves the user from the malware attacks and clutter.

If you really want to enjoy secure and safer browsing, then Rocket VPN is the best choice. This app helps in encrypting the data from the hackers. Just enjoy faster and secure web access.

Don’t forget to share about Rocket VPN with your friends and relatives. Let them know about this amazing app for smartphones and allow them to have a seamless browsing experience. 🙂