Games set in the medieval era are quite appealing. Apart from being loaded with a lot of action and politics, Sparta: War of Empires has a lot more in store that might attract you. It is a free-to-play 2.5D browser MMORTS which gives you a ride through Greece in the 5th century. 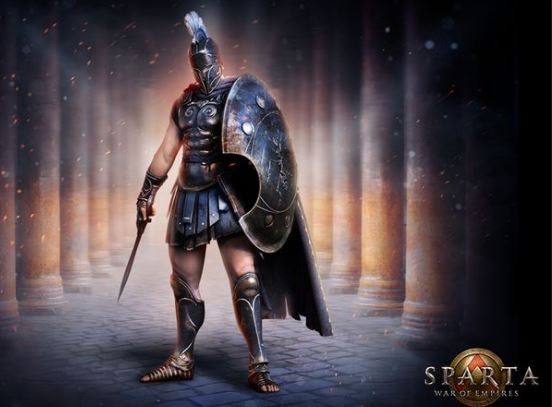 The game play is quite simple and the basics a little similar to Age of empires. Bottom line being that you will have to develop and manage your city state using all the aid at your disposal and produce various buildings, troops, and diplomatic endeavours.

Leonidas being the centre of the game as well as the most attractive character guides the players (commanders) in order to master battle skills and shove the Persian Empire as far out from Greece as possible.

The Sparta Agreements brings a lot in the picture from passive bonuses provided to players during the game play in the form of timber and bronze during production if you finish without GPs. All this comes on-board only if you have constructed the Ephorate. It gives you the authority to trade and to fortify cities, manage Phalanx Units and Cavalry Units during the game. There are tutorials that can take you through these aspects of the game.

Conquering the stronghold of the Persian Empire and retaliating against the rule of Xerxes will give you another edge in the game. There are great rewards that await the player once you take these positions out of the Persian rule.

Sparta: War of Empires is a diplomatic game and your victory quite literally depends upon the alliance you build with the other players and your ability to do trade whenever the need is dire. A combined fore is required to overthrow an army as great as the army of Xerxes.

For expanding your acquisitions you must exploit, steal, trade or borrow the war material from other allies in order to continue your survival in the game. Raiding is something you cannot avoid in order to show your stronghold. You can only avoid the raid button for so long.

To say the least, characters like Leonidas do bring a certain charm to the game. There supernatural elements in the game that make it more mystical and interesting the Oracle certainly adds on to the fabulous medieval aura. Oracle provides players with essential information during the game play that comes in handy while raiding the lands to overthrow the Persian Empire.

Diplomacy and team building are some of the features that make this game distinctive. It is quite surprising, the amount of effort that is put into the game to build the alliances and draw the art of strategically planning the war. This is where the MMO element comes into the picture.

Each player holds value on the ground and in order to succeed you must align your forces with the other players in the game. This makes your retaliation stronger against Xerxes and you have a better chance of winning the war.

Alliances and collaboration are the two things without which you cannot win this game. It justifies the fact that you are merely a soldier in the war and without fellow soldiers and allies you cannot win against an army as big as Xerxes.

Harvesting collective resources, building your infrastructure in collaboration with other players and preparing for battle together will strengthen your game play. This is where diplomacy comes into play and choosing your allies wisely is of utmost importance in order to win against the likes of Xerxes.

Sparta: War of empires is a treat to your eyes and years and comes with great audio and visual effects with fully-voiced tutorials to assist new players. It basically follows traditional browser game play strategy with a lot of efforts to focus on PvP. For those of you who have played games like Age of Empires, the farm premium currency of the game will be easier to understand. Read More for more details about the game sparta war of empires. 🙂