The X Factor is a popular show in the United Kingdom aired on ITV channel. We are going to look at all winners of X-Factor from season one to the present season. 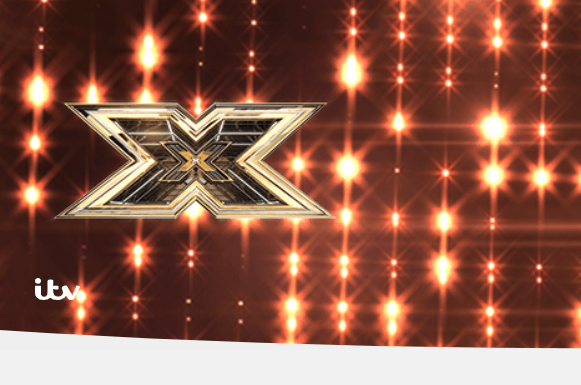 Steve Brookstein went through many obstacles throughout the journey, and he became first-ever champion X Factor in 2004. In the finals, Steve mentored by Simon Cowell to beat young singer Tabby Callaghan & opera group G4 in the finals. Brookstein released “Against All Odds” album, which landed on number one in the United Kingdom.

Shayne Ward is the winner of the second season of X Factor. Ward beat finalist Andy Abraham and released “That’s My Goal” album in the same year, which landed on the number one spot in the UK.

Over the years, Shayne released four albums, and some of them failed to impress the audience. Currently, Ward is known for playing acting chops in the movies and he is a regular cast in Coronation Street since 2015.

Leona Lewis released “A Moment Like This” song and it beat every single song for four weeks. Lewis fought hard against Ray Quinn to become the series three of X Factor. Lewis debut album sold over nine million copies, and it helped gain momentum in the music industry.

Leona released five albums over the years, and she has a net worth of $35 million. The X Factor winner made a fortune at a very young age.

Loen Jackson was the underdog in the season, and he emerged as the winner of S4 after beating Rhydian Roberts. Jackson was the first-ever Scottish singer to lead the charts in Christmas time.

The single song “When You Believe” became the fastest selling single of 2007. The label “SyCo” released an album with him in the same year, and he broke ties with the label. Currently, he is working as a songwriter and travels Los Angles a lot.

24 hours in Vienna with my amazing team. Haven’t laughed that much in such a long time… 🌸 sending you all love and hugs x pic.twitter.com/KiJK0nvqzu

Alexandra Burke & the first runner-up JLS ended up having a successful career a head of the X Factor. Burke released “Overcome” in 2009, “Heartbreak” on Hold in 2012, and “EP Renegade” in 2015.

Beyonce mesmerized by the performance of Alexandra, and she added Burke to the collaboration list. Two deals came her way to become the face of fashion label Gabbana and Dolce.

18-years-old Joe McElderry is the winner of 2009 series X Factor, and Cheryl Cole mentored him throughout the journey. Joe is has beaten Olly Murs and Stacey Solomon at the finals, and good for all finalist because of they successful careers in the music industry. Fortunately, he is in the music industry and relevant enough to make a fortune of $5 million.

Matt Cardle is the winner of S7 of X Factor, and One Direction overtook the success. Cardle understood the success behind One Direction, and he cut off the tied “needed to be selfish” with the label and released four studio albums. Matt returned to West End on 31 July 2018, and it ends on 27 October 2018.

The #SundayVibes playlist is updated!! What else should we add? 🤔 https://t.co/jpdocC430V pic.twitter.com/Hkxr3eTnF3

Little Mix four-piece girl group are the most successful band in the X Factor United Kingdom history. One Direction and Olly Murs achieved commercial success, but Little Mix broke the records, and they became successful from the show itself.

Little Mix single song “Salute” selected for WWE Evolution pay-per-view theme song and millions of WWE universe fans loved it. Skilled band songs such as Salute, Black Magic and Shout Out To My Ex made it to the top of the charts.

Later on, many news comes out about his ‘sexcapades’ acts, and he was not limelight for a long time. However, he released “Say You Won’t Let Go” in September 2016 and it landed on number 11 in the American Billboard Hot 100.

The debut album “The Power Of Love” in March 2014 reached top charts and sold over 160,000 copies. Simon Cowell’s record label released Sam from the contract, she released self-funded second album “Sing My Heart Out,” and it reached #33 position in UK and #53 in Scotland.

Ben Haenow overcomes the obstacles to become the winner of X Factor in 2014. The cover “Something I Need by One Republic” charted Christmas number one, and he repeated the same success after collaborating with Kelly Clarkson on single Second Hand Heart and self-titled debut album releasing in the same year.

The Simon Cowell record label SyCo was working independently, so Ben left the label in January 2016. Haenow achieved a lot of success later on in life beating many winners from the past.

Louisa Johnson is the youngest X Factor winner crowned in 2015 and the “Forever Young” single released in the same year. The winner of X Factor completed the debut album in 2016, but the label pushed it in 2017.

Former X Factor star, Olly Murs, teamed up with Johnson for the song “unpredictable” and toured with him to support him.

Matthew Terry is an English singer-songwriter. In 2016, he was crowned as the winner of the 13th series of The X Factor UK. He is best known for his debut single, “When Christmas Comes Around”, which was released in the United Kingdom on 11 December 2016, and peaked at number three on the UK Singles Chart.

Rak-Su are a British manband, formed in Watford. The band’s name is a shortening of “Tracks v. Suits”, i.e. “music and fun vs. adult life.” They rose to fame when they won the 14th series of The X Factor in 2017 mentored by Simon Cowell. The group is made up of Ashley Fongho, Mustafa Rahimtulla, Jamaal Shurland and Myles Stephenson.

No place like home, and my face says it all. Meeting and seeing familiar faces and my chosen family has been awesome. And way more to go.#daltonharris #nowehnuhbettadanyaad#grateful pic.twitter.com/Mitz6QaFLW

Dalton Harris is a Jamaican singer. In 2010, he won Digicel Rising Star, and subsequently signed with VP Records. In 2018, he was crowned as the winner of the 15th series of The X Factor.

The production team did not consider the reality series to this date for some reasons. No one knows when the S16 is going to happen in the United Kingdom.

Millions of people are waiting for the chance to start the auditions for the X Factor season fifteen, and we have to wait until the production team announces it. My favorite X Factor winner is Little Mix UK band and tells us about yours in the comment section below.