Some people might never have heard the term “accountable care organization” before. Some medical professionals abbreviate it as ACO.

An ACO is a healthcare organization type. It tries to tie reductions in care costs and quality metrics to provider reimbursements. 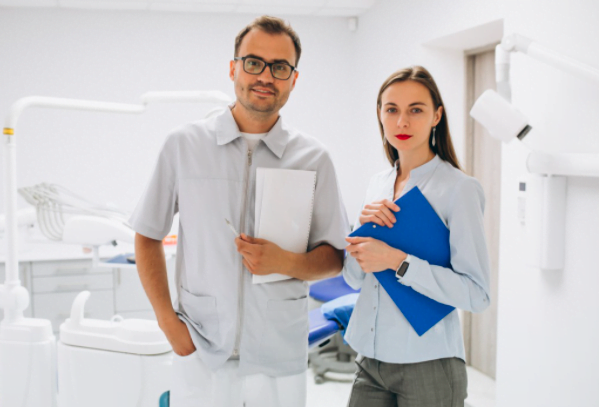 There are lots of ACOs in the United States now, as they are growing more popular. What usually happens is that healthcare practitioners band together in a coordinated way.

In this article, we’ll break down what an ACO is a bit more, and we’ll talk about why patients and medical professionals like them.

ACOs and the Affordable Care Act

The idea is that Affordable Care Act provisions would encourage hospitals, doctors, and other healthcare entities to form networks. They could better coordinate patient care that way. They would be bonus-eligible if they could deliver care more expediently and efficiently.

The law made it easier for ACOs to form, particularly in conjunction with the Medicare program. In other words, the Affordable Care Act would allow providers to make more if they kept their patients healthier.

In the past decade, millions of people began to get ACO care. Many people are in one without even realizing it.

Are There Any Problems with This System?

On paper, ACOs seem like a good idea. However, some economists continue to warn against them. That is because.

It’s the same thing that can happen whenever a single entity monopolizes a niche. If they are the only game in town, they can charge more for services, and there’s little the public can do about it unless the courts intervene.

What About Potential Benefits?

The issue that economists fear is going to happen with ACOs hasn’t occurred yet. They continue to proliferate, and there are some benefits that both patients and healthcare providers enjoy.

The basic idea is that you’ve got a hospital and doctor network sharing medical and financial responsibility. When they coordinate for patient care, that limits unnecessary spending. The doctors and hospital networks like that because it lowers their overhead.

If a doctor or hospital is in a particular ACO network, and a patient needs to see a specialist, like an orthopedist, that doctor or medical facility will send the patient to an orthopedist in-network. That’s because they know if their ACO keeps costs down and treats patients well, they will get preferential government treatment.

Patients can still go outside the ACO if they want to see some particular doctor who isn’t in-network, but their doctor or hospital will inform them of that. It probably won’t cost them any more, and the ACO won’t penalize them.

The reason it can benefit patients to stay within an ACO network is that they’ll know they’re going to see a doctor who their primary care physician knows and trusts.

When an ACO forms, it’s about more than just keeping costs down. The other reason these organizations come together is so that doctors can pass their patients off to individuals who they trust and who they feel will provide the best possible care.

Who Can Be Part of an ACO Network?

When an ACO forms, specialists, post-acute providers, and hospitals can all be a part of it. Even a private company like Rite-Aid or Walgreens can join.

Because of this, you might see your primary doctor, go to Walgreens to pick up a prescription, or have an ambulance get you and take you to the hospital if you’re having a medical emergency. You might not realize it, but if you did all this in the same geographic region, you may have kept all of your services within an ACO.

ACOs seem to be a part of the modern healthcare landscape. They are similar to HMOs in a way, but there’s one key difference: with ACOs, you can go out-of-network without any financial penalties.

In theory, ACOs can be useful for both patients and healthcare providers. Maybe this system will turn out not to be sustainable, but for now, doctors and hospitals are forming more of them each year.