Born on February 6th, 1992, Nora Fatehi is the latest sensation of Bollywood. While we love to see her belly-dancing and grooving to most of the party anthems today, very few of us are aware of her background and life.

If you are already head over heels in love with her dance moves, you’ve clicked on the right post as we’ll tell you about her biography, her movies, songs and information on her life. 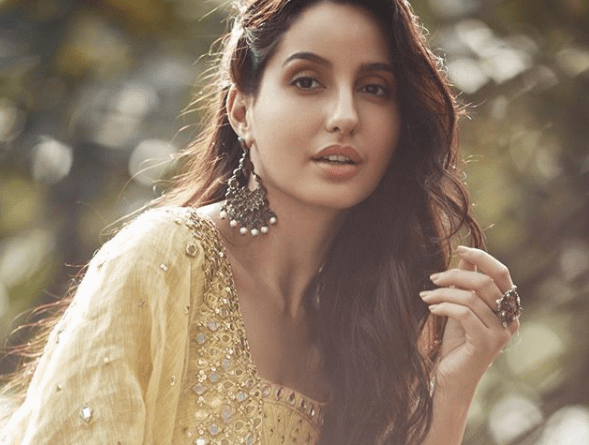 She is an Indo-Morocco-Canadian dancer, actress, model and singer who mainly appears in Bollywood Hindi films. Though she started her career in Telugu and Malayalam films, she didn’t receiver her due attention there.

She hails from a Moroccan Canadian family and was born and brought up in Canada. However, in most of her interviews, you’ll find her saying despite her Moroccan descent that she is a true Indian at heart.

She is currently a well-known actor in the Indian film industry and made her debut with a Hindi film, Roar: Tigers of the Sundarbans.

Nora Fatehi was primarily an item dancer in Telugu films and also in Bollywood films like Kick 2, Beginning (Baahubali) and Temper. She even starred in two Malayalam films called Kayamkulam Kochunni and Double Barrel.

In the 9th episode of Big Boss that was aired on TV in 2015, she was a contestant but was evicted on the 84th day. Later on, in 2016, she again became a contestant in a dance reality show called Jhalak Dikhhla Jaa.

In a movie named Satyamev Jayate, she was seen dancing to the beats of an item song called ‘Dilbar’ which was a remake of a Sushmita Sen song.

This song surpassed 20 million views on YouTube in the initial 24 hours of its release thereby making it one of the first ever songs to have generated such numbers. She even released the Arabic version of this song collaborating with hip-hop group Fnaire from Morocco.

The real name of this Bollywood sensation is Naura Fathi. She is a 28 years old actress who is also a dancer and model at the same time. She spent her entire childhood in Canada and got her education done from Westview Centennial Secondary School, Toronto.

After completing her high school education, she joined Toronto York University to pursue her graduation but unfortunately she couldn’t complete it due to personal reasons.

Nora Fatehi is fluent in Hindi, English, Arabic and French. During her schooldays, she began to learn belly dancing by watching YouTube videos. Later on in life, she went off to choose her modeling career and signed a deal with a talent agency, ‘Orange Model Management’.

Apart from dancing, she is also good at performing acrobatics as she is trained in doing martial arts. She was in a relationship with actor Angad Bedi but this guy later on went on to marry Neha Dhupia.

She is a modern, young and stylish actress who is the perfect example of ‘beauty with brains’. She is not just slim but she works extremely hard to maintain her luscious figure.

Nora Fatehi loves to stay fit by engaging herself in all sorts of physical activities. She is around 5’6” inches tall and weighs around 55 kg. Her hair color is black and eyes are brown and she boasts of having an hourglass figure of 34-26-34.

Nora Fatehi was born to an Islamic Arabic-Moroccan family which had Indian roots and her mom is a third-generation Indian.

The internet doesn’t have enough information about Nora’s parents but she definitely has a younger bro called ‘Omar’. She is still unmarried and she had a relationship with Angad Bedi.

Before she dated Angad, she dated Varinder Ghuman (a bodybuilder) and Prince Narula, a TV personality and an actor.

In 2015, she was seen in two Telugu films called ‘Loafer’ and ‘Sher’ that were directed by Puri Jagannath. She spent 3 weeks in the Big Boss House but got disqualified in the 12th week. Then in 2015, she starred in an item number ‘Manohari’ opposite Prabhas in the film, Baahubali.

If you follow Nora Fatehi on YouTube, you’ll know that she recently uploaded a new dance video where she danced to ‘Swag Se Swagat’s Arabic version.

She choreographed the dance steps by her own and she garnered huge accolades for this song. In the movie Satyameva Jayate, her song ‘Dilbar’ went viral and crossed 225 million views in a very short span of time.

In this song ‘Dilbar’, a remake of a 1990’s song of the same name, she rose to popularity by displaying her sensational belly dance moves.

Within 24 hours of its release, the video had 20 million views on YouTube. The other song called ‘Kamariya’ from ‘Stree’ where she was seen opposite Rajkummar Rao, also hit more than 86 million YouTube views.

Here are some of the favorites of Nora Fatehi gathered especially for her die-hard fans.

In February 2019, she garnered enough success to be asked to sign a record label with T-series as their exclusive artist who is all set to feature in their upcoming videos, music, films, web series and web movies. Later on, in 2020, she was seen in the dance film named Street Dancer 3D.