Home » Health & Fitness » What Is Psychiatry? – An Overview

Psychiatry is that branch of medicine which focuses on diagnosis, treating and prevention of emotional, mental and behavioral disorders.

A psychiatrist is an MD or a medical doctor who specializes in mental health that includes substance use disorders. Psychiatrists are all qualified people who assess both the physical and mental aspects of psychological issues. 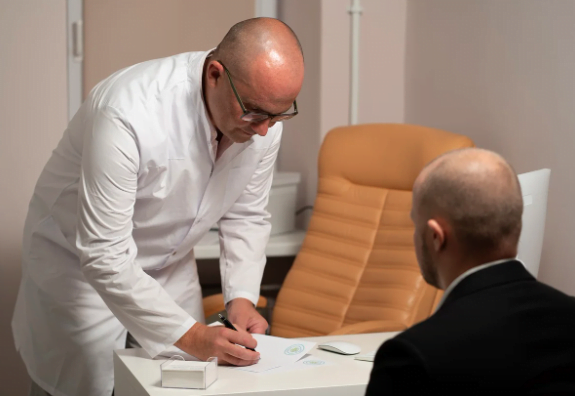 People seek psychiatric assistance for several reasons. While the problems can be sudden like frightening hallucinations, panic attack, hearing ‘voices’ and thoughts of suicide, they can also be long-term like feelings of hopelessness, feelings of sadness, anxiousness which may never seem to go away.

Psychiatry – More on this area

Psychiatry is an area of medicine that includes diagnosis, study and treatment of mental health disorders. A person’s mental health is an influence of a combination of factors which are specific to an individual and which are related to interactions with the community, society and family.

There are different components of mental well-being which include skills of communication, healthy feeling of self-esteem and developing resilience.

Mental health issues should never be thought as mere weaknesses that will heal with time. A person can never easily overcome mental health disorders as they may become problematic and can lead to disabling conditions that can have an overall bad impact on the worldwide population.

Mental health issues are treated and addresses before they lead to a major disruption to relationships, families and communities.

A psychiatrist is a physician that deals with diagnosing, treating, managing and preventing mental and emotional health issues. A psychiatrist will include 4 years of compulsory medical school training before they specialize in the field of psychiatry.

During these years, the psychiatrist gets a deep understanding of bodily functions and the links between your general health and mental health. The student psychiatrist is also knows how to distinguish between psychological and physical issues that lead to distress.

Few of the mental health issues that are dealt by psychiatrists include.

There are other mental health disorders like bipolar disorder and schizophrenia that affect near about 2.8% of the adults and different other conditions that have an adverse impact on the overall well-being of the person. Some of the few sub-specialities of psychiatry are as follows.

For majority of the psychiatric disorders, there are no such specific lab tests that can confirm the condition of the disease. Here a patient goes through a list of psychological tests, though biochemical tests are performed to check the physical health status of a patient. You have to further read the article to know more on these.

Diagnosing patients by a psychiatry

Since they’re physicians, psychiatrists may order a wide array of medical laboratory and psychological tests which when combined with ample sessions of discussions with patients; help you offer a picture of a patient’s mental and physical state.

Their educational and clinical training arm them to understand the complicated relationships between medical and emotional illnesses and relationships with family history and genetics to evaluate psychological and medical data.

Psychiatrists utilize different types of treatments that include various types of psychosocial interventions, medications, psychotherapy and other treatments like electroconvulsive therapy or ECT based on the conditions of the patient.

Psychotherapy is also called talk therapy and it is a treatment which includes establishing a talking relationship between a patient and a therapist.

This particular treatment can be used for curing a wide array of emotional setbacks and mental disorders. The main goal of psychotherapy is to prevent the disabling symptoms so that the patient can function in an enhanced manner.

Based on the extent of the issue, treatment can take few sessions over a week or may take several sessions over a long period of years. Psychotherapy is done individually, in the form of a couple, with a family or also in a group.

There are several forms of psychotherapy which assist patients alter behaviors or the thought processes. Psychotherapies help the mental disorder patients explore the impact of your past relationships and experiences on current behaviors.

Psychotherapies are tailored to help solve other issues in definite ways. Cognitive behavior therapy is nothing but a goal-oriented therapy that focuses entirely on solving problems.

As the precise mechanism of action of psychiatric medicines isn’t understood entirely and they may beneficially modulate chemical communication with the brain and this ay reduce the symptoms and signs of psychiatric disorders.

Class of Medicines used by Psychiatrists

Other treatments are sometimes used. ECT or electroconvulsive therapy is a medical treatment which involves applying electric current to the brain and this is used to treat severe depression.