There are many forms of gambling that are available to players around the world. From sports betting to casino gaming, poker games and lotteries. Not everyone agrees with gambling, and there are some countries which either ban gambling or have very tough laws and regulations around it.

In terms of being ethical though, if there is one form of gambling that stands out from the crowd as being a little different, that would certainly have to be lottery gaming. 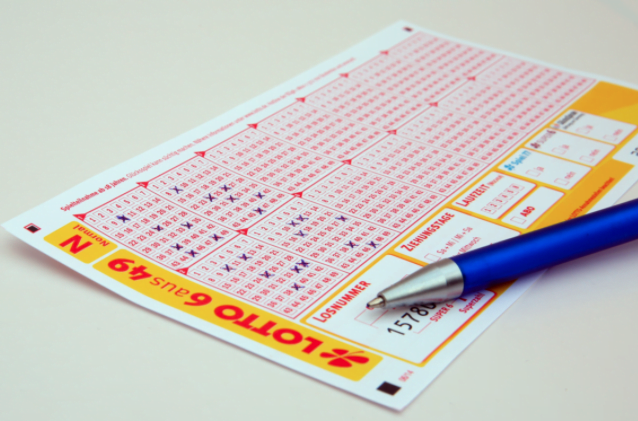 Not only is this different to other forms of gambling because of the way it is set up, but it is also different because much of the money raised is given to charities, rather than being pocketed as profit by big companies.

It is for this reason why many people play the lottery and look for help such as to find the best lottery in India so they can gamble, but they can also feel like they are doing some good in the world too.

The way in which lotteries are set up is to help local charities with the funds that are generated from players who play. Of course, there are funds needed to cover the prizes and general running costs, but after those are dealt with, the remaining money goes to charities.

The key here is that these are local charities to where the lottery is based, which is important because many lotteries are now accepting players from other parts of the world. For example, the EuroMillions lottery will help charities around Europe, the UK lottery works with charities in the UK.

There are many different ways in which the lotteries hand out their funds, but usually these are available as grants and charities can apply to receive one for the work they do.

If you live in the same area as where the lottery is based, you may not know it but the lottery you play could be helping charities that are close to you, in your town or city, so by playing you are making a difference to something in your area.

The ability to enjoy the lottery, have fun and try to win a huge, life changing amount of money is there, but combined with that, there is also the chance to make a difference, and contribute in a small way to charity.

For this reason, lottery gaming is always going to be very strong, and in the future we could see it grow further, which would only increase the amount of money that gets offered to charities.

What Makes the Lottery Different to Other Gambling?

The charity aspect of lottery gaming is certainly the biggest reason why this type of gambling is viewed differently to others. When you look at how lottery money is spent, you will see a variety of different charities receiving lottery funding to help them either continue to run and offer support or build something new and exciting for people.

When you look at other forms of gambling, we usually see stories where companies have made big profits, and that has been shared out by the shareholders and those who run those companies. Every bet you place, whether it is football, a casino game or a lottery ticket is a risk and you are spending money that you may lose. However, it is what happens to that money afterwards which makes the lottery stand out.

You may play your favourite lottery game each week of the year and lose every time. Of course, we all understand that the odds of winning are very slim, and that is likely to happen. But the small saving grace here is that the money you lose is partly going towards something good, a cause that is local and one that helps people.

Providing that this continues, and money is shared between charities, the chances are that people will always play lottery games, because they want to keep funding and supporting the charities. This is only going to help lotteries grow further, and more people get involved, because no one is leaving and new players will always come on board.

Eventually, this will lead to a position where we have bigger prizes for people to try and win, but also bigger contributions to charity from the lotteries, because their income overall has grown.

The Success of Lotteries Around the World

The lottery model is one that has been successfully used around the world, and thanks to our world being connected together more than ever before, you can actually play lotteries in other countries.

It is important to note that if you are doing this, the charities being helped will also be in those countries, but if you enjoy lottery gaming then this is a great way to play more. A look at the latest technology news will show you that the world is being held together by the internet, and new opportunities are opening up.

The gambling industry has really taken advantage of this and has picked up new customers from other parts of the world to further growth.

There is a good chance that this is only going to lead to more new players getting involved. This may be people who don’t have a local lottery to play, or it could be those who simply love lottery gaming, and they want to do it on a regular basis.

Some of the bigger lotteries, including EuroMillions and the Powerball in America can offer huge prizes to players, with hundreds of millions up for grabs when there is a big rollover.

These big numbers certainly attract the attention of local people, and now, thanks to the internet and the way that we all connect with each other around the world, they are also attracting attention from those in different countries.

Could Lotteries Grow Further in the Future?

The answer here has to be yes, and that is only going to be good news for the charities that currently benefit from lottery funding, and those who are looking to get involved. The more people that play the lottery, the bigger the prizes are. It is these big prizes that then attract more people to play the games, so the growth continues.

However, when we are looking at the charity side of lottery gaming, the benefit goes directly to the organisations that need it. The more people that play, the more money gets allocated to local charities, and when this increases again, even more money will be going towards good causes.

In terms of worldwide players, the charity aspect of gaming will probably not do much to attract new players, because they live in different parts of the world to the charities that are benefitting. However, these players certainly will be attracted by the bigger prizes on offer, and the chance to win a life changing sum of money.

It seems lottery gaming will continue to grow over the next few years, this will increase the prizes on offer, but it will also help out a large number of local charities who receive grants and help from the lottery. This is great news for those as they continue to do good in the world.