Home » Technology » Could A Commercial Hydrogen Fuel Cell System be The New Wave For The Off Road Future?

There is a race in the automotive industry for manufacturers and auto body repair shops to produce greener, more efficient, and less expensive transportation. General Motors and The United States Army have joined forces to help our forces when off-roading on harsh terrain.

Taking the Chevrolet Colorado and giving it a futurist upgrade, they have engineered a pickup truck that will operate on a hydrogen fuel cell propulsion system. 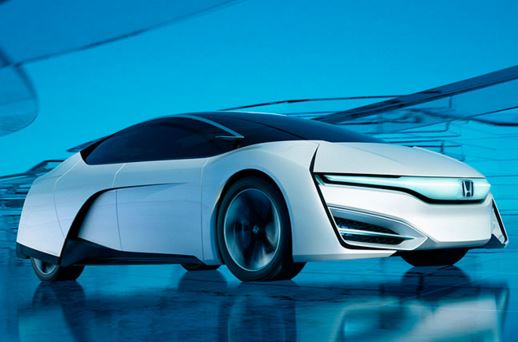 Testing out their new prototype, the plan is to expose it to the harshest twelve months that any car or pickup has seen. Taking it off-road, what else could be more punishing than performing as a military vehicle?

Having to sneak into spaces undetected, withstand harsh climates and temperatures, and travel roads that are less traveled, military missions are the most challenging conditions a car can experience.

Why so much excitement about a vehicle? If it works, and can withstand the torture of the next 12 months, that can be a viable alternative to its gas-guzzling cohorts. Fuel cell propulsion, they are hoping, is the wave of the future. It offers the operator an extremely high low-end torque capacity that makes its off-road use a major plus over other midsize vehicles.

High on the list of advantages is the quietness of the engine. For military missions, having a vehicle that doesn’t announce its presence, is highly attractive. Maybe not so attractive to the military, but definitely to the Earth, is that the only byproduct from running a commercial hydrogen fuel cell system is water. They don’t emit any gasses or hazardous by-products.

Answering the call for change on two fronts, the fuel cell system addresses both the desire to eradicate our oil dependence and to lower our carbon footprint. What do they run on?

Hydrogen fuel cells can gain energy from those things in the atmosphere like biomass and wind. That is a far cry from the refined gasoline that most pickup trucks require. When out in the field, soldiers will no longer have to allow for gasoline reserves. These cars, if they work, can literally run on air.

The perfect hybrid car, Chevrolet Colorado already is one of the most fuel efficient cars on the highway. Touted as a leading horsepower truck among trucks, it also has the most technologically advanced safety mechanism.

The United States Army may be the ones putting the car to use and measuring its capabilities, but they are not the only ones with the technology. Both Honda, Kia, and Audi have their own versions of fuel cell conversion cars that hit the market in 2015. The guess is that if they find a calling for the fuel cell, and it proves to be a viable alternative to current car gas technology, then it will be the where the automotive industry will head.

Perhaps, one day soon, you will have to stop by the “hydrogen” station, instead of the gas station. It is giving a whole new generation the potential to ditch our oil dependence and decrease our insult to the environment around us. 🙂