Dance Plus is a popular Indian dance reality show broadcasted on Star Plus. The first installment of the series aired in 2015. The super success of the same led to the subsequent seasons. Four seasons of the show have been aired until now. 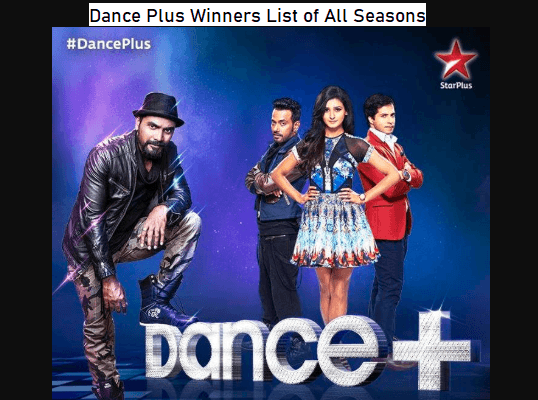 Solo dancers, duo dancers and groups of dancers perform at the show giving a tough fight to each other. The contestants are divided into 3 different teams. Each team is given a mentor. Each season brings with it a host of young, talented and passionate dancers who are well versed with different dance forms including contemporary, popping and hip hop to name a few.

Here is a look at the Dance Plus winners list of all the seasons. 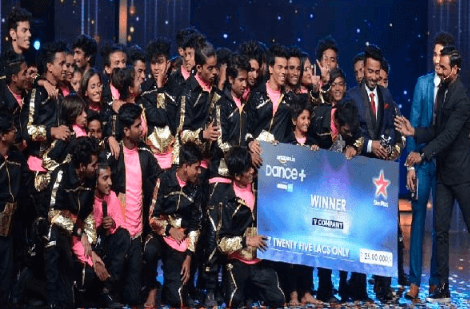 The first season of Dance Plus was produced by Frames Productions. It aired from 26rd July 2015 to 11th October 2015. Various Indian cities were visited for talent hunt. Numerous talented dancers came forward to audition for this new reality show and few among them were selected for a face off on the television.

Dance group, V Company from Team Dharmesh was declared the winner of the season. The group performed exceedingly well and won the hearts of the judges and audience alike. Dance group, Question Mark Crew from Team Sumeet came a close second, and solo performer, Hardik Rawat from Team Dharmesh secured the third position. Their performances were exciting and entertaining. 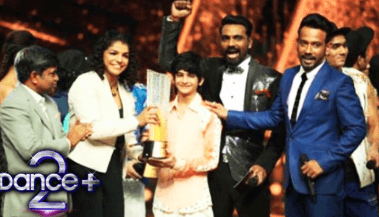 The auditions for the second season began on 3rd May 2016. Several cities across India were covered until 26th May 2016 to pick some of the best dancers from the country. This season was co-produced by Frames Productions, Urban Brew Studios and Varun Trikha.

It aired from 2nd July 2016 to 25th September. A total of 25 episodes aired on TV. Dharmesh Yelande, Shakti Mohan and Indian choreographer and actor, Punit Pathak were the mentors in the season.

Solo performer, Tanay Malhara from Team Dharmesh was declared the winner of this season. He belongs to Jalgaon, Mahrashtra. Tanay left the audience spellbound by his amazing performances.

Bollywood celebrities such as Varun Dhawan, Tiger Shroff and Hrithik Roshan appeared on the show as special guests and increased the entertainment quotient.

The third season of Dance Plus was produced by Urban Brew Studios. It began on 1st July 2017 and ended on 24th September 2017. Dharmesh Yelande, Shakti Mohan and Punit Pathak were the mentors in this season. The show was loved for its unique format and stunning performances. 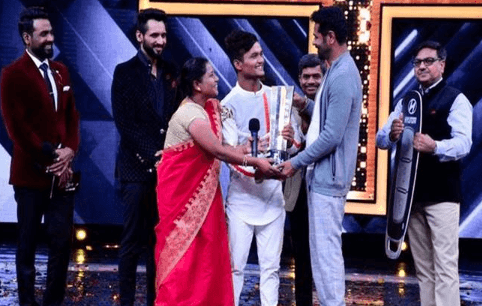 All the contestants performed amazingly well and kept the audience hooked. The special guests on the show added to its appeal. Bollywood megastars such as Shahrukh Khan and Akshay Kumar were among the special guests this season.

Solo dancer, Bir Radha Sherpa from Team Punit was declared the winner of this season. She belongs to Silchar, Assam. Bir Radha performed B-Boying and contemporary dance forms. She stunned everyone by her amazing dance moves.

Amardeep Singh Natt from Team Dharmesh secured the second position. He was also a solo performer. He chose robotics style of dancing and amazed the audience with his unique dancing style.

The fourth season of Dance Plus was co-produced by Urban Brew Studios and Frames Productions. It started on 6th October 2018. The last episode of the season aired on 2nd February 2019. The show was co-hosted by Raghav Juyal and Indian comedian and singer, Sugandha Mishra. Dharmesh Yelande, Shakti Mohan and Punit Pathak were the mentors in this season. 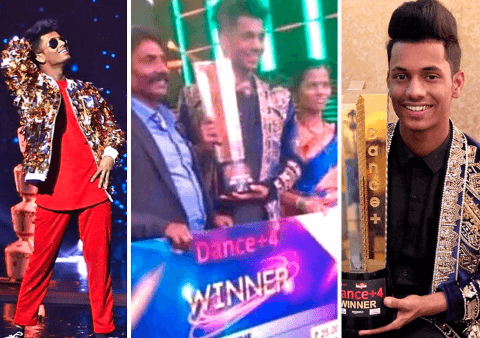 Solo performer, Chetan Salunkhe from Team Punit was declared the winner of this season. He belongs to Pune, Maharashtra. He chose the popping style of dancing and did complete justice to it. His performances were well choreographed and he carried out each move with utter fineness.

Duo dancers, Sujan and Aanchel from Team Punit were the first runners up. They performed contemporary dance. Vartika Jha who performed popping and hip-hop style became 2nd runner up. Other contestants who competed for the show were also extremely talented and the audience loved their performances.

I simply love watching dance reality shows. Dance Plus is one of my favourites mainly because it showcases several dance forms. The contestants are highly talented and the mentors do their best to hone their skills further. If you have been following the show, you will know just what I mean! If you haven’t watched it yet, its time you do.

And don’t forget to tell us which dance reality show do you love the most?