Texting is communication, and it doesn’t have to be boring or lengthy.  Anyone can make communication or text interesting with the help of jokes, comedy, puns, and more. However, if you want to stretch the chatting and improve the relationship, then games is another choice.

Cool and Flirty Texting Games You Will Love Playing 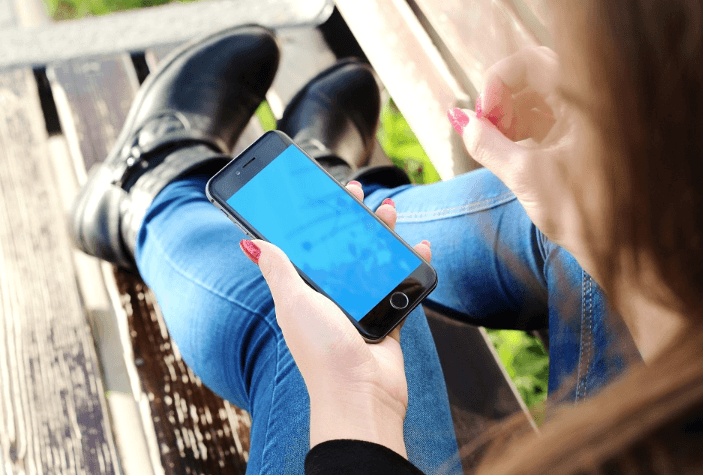 It’s always fun to play games with men and woman, and you can play decent games while texting on Facebook, Whatsapp, Twitter, and more.

We are going to suggest appropriate, decent, and non-offensive games that you can play with girls and boys. These games help you build a stronger relationship, and you can learn about the other person more. Games are designed for learning, entertainment, improving skills, and developing relationships.

We are going to suggest you some of the ideal messaging games that reveal your friend, girlfriend, partner, and new friend secrets as well.

A game designed to reveal the darkest secret of your friends, and it is a dare. Many people would rather answer it because it puts them in a challenging situation. However, it depends on the intensity of the relationship and the environment you create around them.

Overall, it is a game that reveals people secrets.

It is an interesting game to learn about your partner’s life and interests. I have seen that people usually reveal their real behavior while answering the questions.

You: Would you rather play PUBG or go out and play Cricket?

You learn that the person you are dealing with is a lazy man or woman.

A game for lovers, who were in a lovely relationship for years. There are many couples together for six years, seven years, and more.

You: Tell me, what do you find in my house very often?

Player: A book in the drawer.

You: Tell me a little about this book?

Player: It’s the same book that you bought a few years ago.

The Spy game is interesting to play, and you find out how much your partner knows about you.

An abbreviation game is an interesting game that young people play among them. It might not be suitable for older people, but the game is interesting.

You: Tell me, what is the full form of ROFL?

Player: its “rolling on the floor laughing.”

It’s an excellent way to learn about the current trends, and talk about memes as well.

It’s a classic game that many 19th century people have played old times. Overall, the 20 questions is a guessing game, and it suits those who were together for years. For example, school buddies, lovers and more.

You: What does the term JB mean to me?

Player: Everything because of its Justin Bieber.

It’s a simple game that played by many music lovers, and movie fans.

You: Guess the singer name of the song “let me love you.”

You: Who produced the music?

Two people can play this game for hours without getting bored if the music taste is the same.

You: Luffy was a pirate, and in the quest, he met Roronoa Zoro at a Marine Corp Jail.

Player: Zoro is not interested in joining Luffy team, and he is ready to get executed.

You: Luffy persuade Zoro and saves him.

Player: Zoro is happy to get free from Marine, thanks to Luffy.

And, the story keep goes on. You can give a twist and challenges.

A very interesting game, but make sure to set appropriate boundaries. There are lines that we should not cross, and we have to respect each other during the game.

You: Truth or dare?

You: Who is your first crush?

Player: Its Jenifer from 6th grade.

A game that has twist and turns.

A fun game with many twist and turns. The game starts with a question “what if” and it ends with your personal question. The idea behind the game to understand each other, and it reflects our personality.

You: What if you could not make it in the movies?

Player: I would have finished my education, and worked as a teacher in a kinder garden.

I think every employed person working in a multinational company should use it. It reveals plenty of information about your colleague that they try to hide, or don’t want to talk about it. You can get tiny bits of information that can lead to friendship.

You: What is your passion?

Player: I want to become a music producer.

And, continue the conversation by giving the other person a chance to talk about your life as well.

You: Whom would you K***, Date, and marry? Your options are Jenifer Lopez, Kate Winslet, and Sophia Turner.

It’s your choice if you want to take celebrities names, colleagues, or mutual friends.

The rapid-fire rounds are common games played on television talk shows. Many talks show feature celebrities, and the host asks trapping questions to the celebrities to increase the level of interest in the game.

Tip: A worthy prize would excite the players to win it.

It’s a game that many celebrities, models, and presenters play this game. Its all about selecting a celebrity that you know very well, and start pretending to him or her.

Two players should select different celebrities, and start talking like them.

You (The Rock): No, I can go on the rides at the Disney Land and you can’t because you are short.

We have selected WWE superstars, and everyone can take a U-turn and be savage is a necessity in this game.

14] Fill In The Blanks With The Story?

The “fill in the blanks” is a classy game played by many school kids, college kids and more. However, the twist is the story. Make sure you have a story to tell and leave blanks as questions.

You: Right, that’s a good start

You achieve two things with this game, 1) you tell an interesting story, 2) the blanks would put the person follow the story.

It’s a rare game that only a few people play in the world. Many intellectual people prefer to play this game because it is a memory challenging game.

It should always relate to your dates, chapter, history lesson, and more.

You: When did we have last history class, and what was it about?

Player: On November, 1st and the lesson was about Jawaharlal Nehru.

Games play an important role in our life because they entertain and improve our overall skills. Let us know which game are you going to play with your friend, spouse, girlfriend, and more in the comment section below.