We already know that programming language is a formal language designed to communicate instructions to a machine, particularly a computer. Programming languages can be used to create programs that control the behavior of a machine and use for the Build a Web Apps, computer software or any other apps. Computer Programming Enable users to Write Programs for Specific algorithms. The first computer codes were specialized for their applications. In the first decades of the 20th century, numerical calculations were based on decimal numbers. 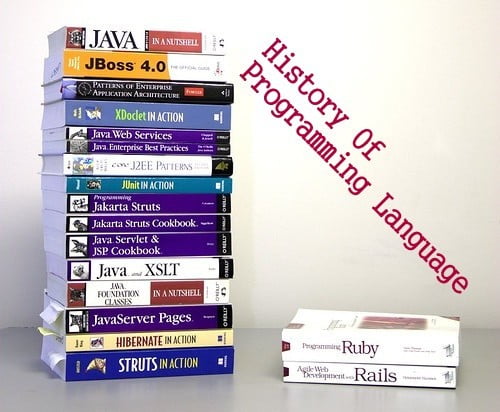 The first programming languages predate the modern computer. The 19th century saw the invention of “programmable” looms and player piano scrolls, both of which implemented examples of domain-specific languages.

Development of Programming Language By Year :-

1951 to upto this year there are Totally 256 Programming Languages are Developed and that all are coming with the something new features. the programming languages are always updated and always growing as you seen on the list.

Enjoy the History of Programming Languages and Share if you Like and Don’t forget to comment below what you are thinking about this programming languages Infographic.