Home » Writing & Translation » Italian and English – How Are They Different?

Many people believe that translation is easy unless you have a fairly decent knowledge of a language. It is tempting to ask a friend of a friend to translate your website – after all, they once lived in England for a year, didn’t they? How hard can it be? This can prove to be a costly mistake. 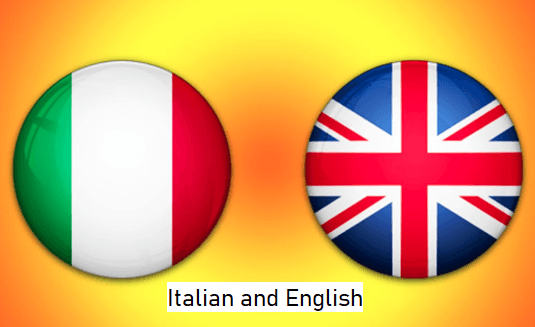 Presumably, when you wrote the text for your website and product, you gave it a lot of thought. It probably took you quite a long time to decide on which phrases to use, how to write something to capture the imagination of the person reading it and whether what you were writing would lead them to review your proposals in a positive light. Imagine for a moment how grammatical errors or spelling mistakes could spoil your efforts.

I speak fluent Italian, but I would not feel truly confident translating from English into Italian because it is not my mother tongue.

Particularly in the fields of travel and tourism, there are many great websites which are let down by the quality of the Italian to English translation.

Companies spend hundreds of pounds on marketing yet are sometimes happy to have English text on their website that is full of grammatical errors and spelling mistakes.

Here are some major differences between Italian and English so you can better translate from English to Italian.

Even more, than the fact that they speak a lot, Italians use many words and have the tendency to describe the same things in many ways (for example Rome is not just Rome, it is the Italian capital, the former Roman Empire capital, the city on the Tiber, etc.).

What this means is that in an English-speaking country, one might actually understand basic parts of a conversation with a limited vocabulary, in Italy that might become a big issue.

As part of the Italian personality, as much is said through gestures and non-verbal communication as it is through actual words. Try to watch an Italian TV Show for examples. While this not necessarily a language issue, you will never be able to speak perfect Italian if you are not able to create the Italian atmosphere gesticulating and emphasizing your words with your body.

The tendency to use many words and to speak uninterruptedly for a long period of time is something that often becomes obvious in Italian texts – they do not include short sentences; the periods can be missing almost entirely in a paragraph and adjectives and adverbs are present in massive quantities.

Italian presents noun gender, noun declination, and verb conjugation. These have to be studied thoroughly for a correct speech. Due to the fact that the form of the verb indicates the subject, there are times when the subject does not exist in the Italian sentence (example: l’ha fatto literally means “[he] did it” – the subject is understood but not mentioned).

So, the quality of the English translation matters. Source a good translator, preferably one with some knowledge of the industry you are in, and for a relatively small cost you can improve your profile in the UK or the US just by improving your Italian to English translation.

If you don’t believe me, ask a native English speaker to read your text (not a translator – someone independent) and give their opinion. The results may surprise you.