As a society, we’ve become spoiled with free wi-fi. It’s seemingly everywhere. Today, there are millions

of hotspots all over the world, and the number is growing. In fact, many DSL, cable, and Fiber ISPs are 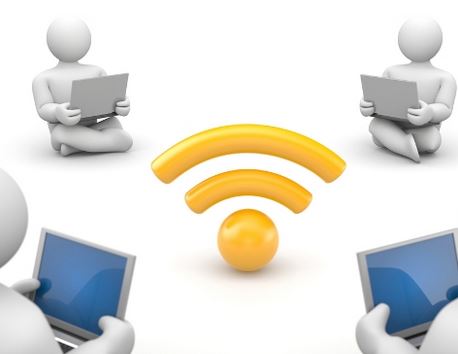 But, what’s more amazing are the epic wi-fi hotspots that exist in the most remote of places. Take the

moon, for example. Yes, the moon. The MIT/NASA Lunar Laser Communication Team has put together

an amazing piece of tech that can transfer data between the Earth and the moon at a stunning speed.

The International Space Station also has Internet access, as do many commercial airlines. In India, the

most epic use of wi-fi is on the country’s highest mountain – Gujarat. Even the smallest village, Sarahan,

has wi-fi in the middle of the desert. This is amazing considering that it didn’t even have electricity until

Thinking of climbing Mt Everest? Now you can tweet at the top because the tallest peak is wi-fi enabled.

Soon, we might be able to email Santa Claus seeing as Intel decided to set up a wi-fi hotspot at the

North Pole, one of the coldest places on Earth. Because there’s no way to string wires across and

underneath the ice, across the ocean or the frozen tundra, the network connects to satellite. Then, a

While many of these setups seem unusual and “out there,” even extreme, the technology behind them

is amazing, if not miraculous. A more connected world could mean that remote places aren’t so remote

anymore. Even the highest mountains, deepest oceans, and space itself is accessible to the average

person. Here’s how they made it happen.

Marlon Gallano is an online marketing consultant. He enjoys sharing his research and experiences through blogging and his articles predominantly appear on business and marketing websites.