If you love music, you’ll know why Punjabi music is said to be the catchiest among all regional genres of India. Not only are the tunes and beats catchy but it is also appreciated worldwide due its addictive nature.

No matter how sad you are, Punjabi music can set your mood right. Haven’t you enjoyed the groovy numbers of Yo Yo Honey Singh? 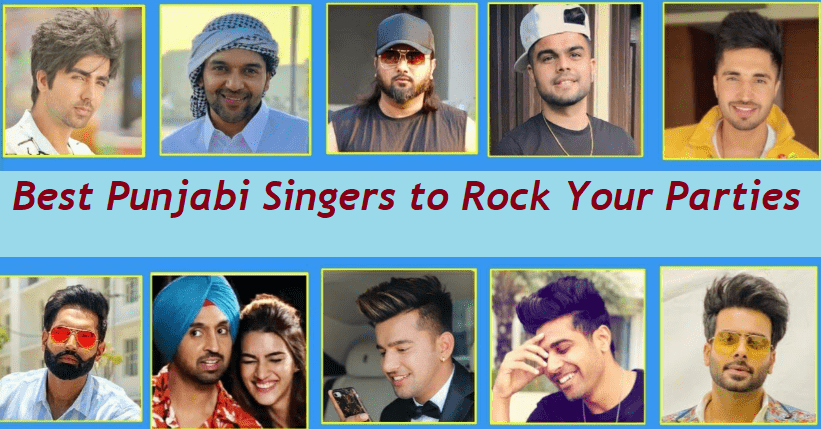 From modern anthems for partying to folk songs, the flavour of Punjabi songs can make any environment interesting. Here are few of the best Punjabi singers that you can enjoy!

1] Yo Yo Honey Singh

This is perhaps the most common name as long as Punjabi music and raps are concerned. Yo Yo Honey Singh is undoubtedly one of the most popular Indian musicians and is well known for his raps and party anthems. He began his career as a recording artist and then became a music producer of Bhangra.

However, Yo Yo Honey Singh is even connected with too many controversies due to his lyrics and the kind of abuses that he does towards women in general and towards society. Lungi Dance, Break Up Party, Birthday Bash, Desi Kalaakar, One Bottle Down are few of his popular numbers.

Sidhu Moose Wala is also a singer, music producer, actor and lyricist of Indian Punjabi music and he became a musical sensation due to his marvellous sense of music.

His actual name is Shubhdeep Singh Sidhu and he was born to a Sikh family in 1990. While growing up, he developed this passion for rapping and music.

He began his career as a lyricist and later on started singing duets with G Wagon. He achieved a high position in Billboards Canadian Albums Chart.

Babbu Maan’s actual name is Tejinder Maan and he has been a popular Punjabi singer due to his touchy lyrics and soul-stirring songs. Since 1999, he has been making music and has released many singles and albums. Tu Meri Miss India, Sajjan Rumaal De Gaya, Ohi Chann Ohi Rataan and Saaun Di Jhadi are few of his famous songs.

It was in 2012, Diljit got a huge break in Bollywood when he collaborated with Honey Singh and released a song. The title of the song was ‘Goliyan’ and this formed a main part of the album that was named International Villager.

Later on he got the offer to sing the Bollywood track for a movie named ‘Tere Naal Love Ho Gaya’ that was released in Jan, 2012. He is an all-rounder being a great actor and a great singer.

The first song that was ever sung by Guru Randhawa or Gursharanjot Singh Randhawa on YouTube was ‘Same Girl’ and he joined hands with Arjun for this song.

In fact, Arjun became the very first person who took Randhawa in his video. Guru Randhawa is also well-known for singing in the Indian Premier League of 2017’s opening ceremony. His Bollywood debut was in Hindi Medium (2017).

After this hit debut, many of his songs started appearing in films and thankfully, in 2018, he was a part of Dabangg’s reloaded journey. Once he gained success, his songs began generating millions of YouTube views.

Dr. Zeus is an Indian music composer & producer, who was born in Britain. So, he is a non-resident Indian. However, he returned to India when his songs started garnering a lot of attention in the country.

In 1999, he started off as a producer of music after which he was signed for Envy music label in Birmingham where he began producing music albums.

He gained all the limelight with his song ‘Sat Sri Akaal’ and it even hit BBC music charts. He even sang ‘Lovely’ in Happy New Year, a Shah Rukh Khan film.

Milind Gaba is touted to be among the most listened musicians of India and is a renowned name of Punjabi music industry. Born in Delhi, Millind is a revered actor and music producer.

He gained popularity due to his rap style music but people usually love his music as well. He worked under T Series label when he debuted in 2014.

Rupinder Singh ‘Gippy Grewal’ had made his debut in a supporting role in a Punjabi film called Mel Karade Rabba in 2010. Later on, he grabbed the lead role in Jihne Mera Dil Luteya and this way he started making his mark in Punjabi cinema.

In the year 2012, April, one of his films, Mirza – The Untold Story came out and received the highest positive opening that a Punjabi film could ever get. Due to the fact that he already had a huge fan following, he also became a sensation in Instagram.

He is a well-known rapper and singer and been one of the biggest sensations of the music industry due to this meaningful songs. Hardy Sandhu began his career as a studio artist but he didn’t like the role he played there.

Later on, he produced his first ever solo album called Tequila Shot and since then he gained popularity with his songs Soch (2013) and Joker (2014).

His songs gained so much popularity that they were remade in different Bollywood movies. Currently he works both as an actor and a musician.

One such Punjabi singer who is here to reign in Bollywood is Badshah. His actual name is Aditya Prateek Singh Sisodia and he is not just a rapper but is also the producer of all the modern party anthems of India.

He can sing in English, Punjabi, Hindi and Haryanvi. He rose to fame with his famous number ‘DJ Waley Babu’. Few of his other famous songs are Saturday Saturday, Kar Gayi Chull, Har Ghoont Mein Swag, Wakhra Swag and many others.

So, if you’re a fan of Punjabi music and you like dancing to their beats, don’t miss the above listed Punjabi musicians and their incredible creations.