Truth be told, it’s much harder to choose a travel or vacation destination nowadays than it was a couple of decades ago. Don’t get this wrong; it isn’t because there are only a few that it’s hard getting reservations or is it because it’s hard to access them.

As a matter of fact, it’s the opposite. In the 21st century, there exists countless holiday destinations. Whatever and wherever your money and time can take you, you’ve got it. 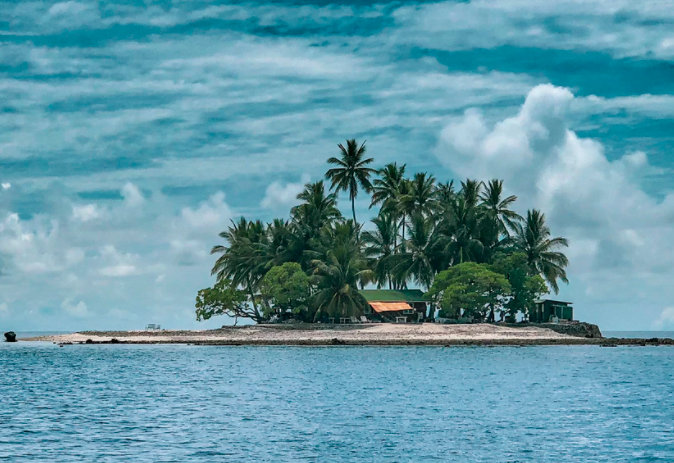 It’s in the midst of these more than enough options that you feel overwhelmed and spoilt for choice when trying to pick where to go. But if you had a few reasons pointing you to why certain destinations are more appealing than others, would that make your work easier? We guessed so too.

Here are the reasons island holidays should be on your bucket list.

Islands are a kind of all-inclusive package

A common misconception among people who don’t fancy a holiday on an island is that they’ll spend the entire period sun-basking. After all, it’s an island with nothing else to do, right? Well, that’s not exactly the cause here.

Luxury islands like Put-in-Bay have so much going on than you could care to count. Whatever your preferences and hobbies in life are, you can be sure your to-do list will have more activities than you can handle. Let’s take a sneak preview into some of the other stuff you’ll find on these islands.

Local cultures: No matter where you go, you’ll meet different cultures from yours. You’ll be intrigued by the cultural differences and how some things your culture disregards are what enriches and forms the core of another culture. You’ll also explore different cuisines and flavors you’ve never imagined could exist.

Water sports: Many islands have water sports that visitors get to enjoy. You could even take part in the competitions that are organized around certain periods of the year. Some of the games here include scuba diving, kayaking, and jet skiing.

Other sports: You’ll find other games like cycling around the island, miniature golf, and more.

Local attractions: You’ll be thrilled to learn that many islands don’t just exist as the only attraction in their locality. They’re located close to museums and historical sites, parks, caves, and restaurants amongst others.

No other vacation beats islands as the ultimate getaways

What was your dream ultimate lifestyle when you were growing up? Is it living life large with your beautiful family on a luxury island?

There’s a reason why everybody wants that kind of lifestyle; islands are the perfect getaway from the fast-paced and mundane lifestyle that characterize most cities. You know, living in these big capitals makes you live every day like someone’s chasing you ready to pounce on you the moment you slow down.

Think about the traffic that’s typical of city life. The noise and the incessant hooting and beeping and screaming on the streets can be quite a nuisance.

Even the air that you breathe is polluted thanks to the era of industrialization and modern machinery. But since that’s how we’ve got to make ends meet, we don’t have much of an option but to keep grinding.

Contrast that with life on a secluded island somewhere. The atmosphere is so serene and tranquil that it’s hard to believe you’re still on planet earth. If there’s any noise, it’s the sweet and musical chirping of birds that make you wish you could wake up to them every single day of your life.

What about swimming? On an island, you don’t get to swim in unnatural waters that are filled with chlorine. Instead, it’s the fresh clean water of the island that makes you admire the life of a fish; even if just for a moment.

Think about riding in a golf cart from one attraction site to another in Put-in-Bay (South Bass Island). There are affordable golf cart rental services.

The question then becomes, who wouldn’t want such kind of experience?

Take a break from your routine

You will agree that life in the city. You sit in traffic for two hours just heading to a place that requires only thirty minutes to get there. That’s become the fact of life and somehow you’re finding ways to live with that.

But now, why would you want to go on a vacation in a place that would be more like “home away from home?” Isn’t the change of environment one of the reasons we go on vacations?

If you’re planning to visit waterparks and other venues that attract huge crowds, you’ll inevitably be forced to sit in traffic jams for a long time; mostly running into hours.

But that can never be the case with islands. In fact, there are islands like Put-in-Bay which go as far as restricting the movement of vehicles so that they maintain the kind of lifestyle that’s expected of an island. Besides, you can choose to stay in a resort, vacation home, or one of the top hotels in Put-in-Bay or any other island you plan to visit.

Phones are masters in ruining vacations. Even if you’re in a top-notch destination, it’s often too hard to resist the urge of peeping at your phone every once in a while. No matter how hard you try, you can’t just seem to break the record.

But things become different when you’re visiting an island. Most of these don’t have good receptions and so whether your phone is on or off, there’s not much difference.

Of course, reputable restaurants and hotels will offer Wi-Fi to help you share your vacation photos with family and friends. But the moment you step outdoors, it’s all systems down. It’s perhaps the only time that poor reception turns out to be good and welcome.

It’s not just for the young couples or the rich

Again, many people tend to think that private islands are meant for the newlyweds going for their honeymoon. There’s also the perception that it’s only the rich and affluent that can afford the luxury of going on island vacations. These two wrong mindsets couldn’t be further from the truth.

Islands make great holiday destinations for the entire family since there’s something for everyone. Kids get to enjoy and have fun at the parks for kids, teens can participate in adventurous and thrilling activities while the tranquil spas and fishing expeditions will serve older members well.

If you plan to spend some time in South Bass Island, be sure to check Put-in-Bay tourist information and plan effectively before travelling.

Now that you know the truth about island holidays, it’s time to start thinking about your ultimate destination. As you’ve seen from our post, islands should be at the top of your priority list when thinking of the places to visit either by yourself or the entire family.