The number of users increasing rapidly and blooming firstly in the sector of the internet. Due to the increasing number of internet users, our way of entertainment changed a lot. Before the internet, when someone wants to watch a show, there are the only TV. 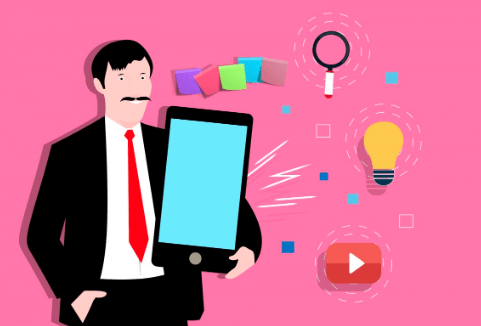 You have to wait long for your favorite TV show hours to watch. Now the time and technology changed the way. Well, Now watching TV shows are not a good option, due to hectic lifestyle, less compatibility with timings, better to choose digital media. Now you all know that where you can access the digital content, films, and shows. Yes! in video streaming apps.

Before discussing more the streaming app topic, you must know why people are adopting streaming apps instead of TV. Right?

Netflix is one of the subscription-based video streaming platforms. Using this platform, you can watch many national, international shows, and films. You can download the app, which is available for both iOS and Android. These app charges are very minimal. Also, you can enjoy 1-month free trial subscription too.

Amazon itself develops this video streaming platform. You can enjoy thousands of TV shows and Films using Amazon Prime Video. You can also download the app, which is available for both iOS and Android.

For the Indian user, this platform has unlimited numbers of film collections. You can buy the subscription to enjoy the ultimate fun. If you Amazon Prime Video subscription, there are many other perks are there too.

Another best platform to watch online videos, including movies, dramas, and live TV shows. Hotstar is the platform which is hosting Live World Cup Cricket matches during the ICC World Cup 2019.

Using this app, you can access to 100,000 hours of drama and movies in 17+ languages. With the premium package, you can watch a bunch of latest and trend contents too. You can download the app, which is available on iOS and Android.

Hulu is one of the fantastic video streaming apps. Using Hulu, you can access many current broadcast and cable TV shows. Hulu is not less than Amazon Prime and Netflix; this platform also creates its original contents. Hulu has four different types of subscription packages.

The HBO Now is one of the best services for those who got bored of cable TV or else for them who wants to watch the movie and shows anywhere & anytime. HBO has a comprehensive film and video library. The pricing per month is also not that expensive. You can download the Android or iOS version of this app to enjoy it.