In the past few decades, robots have reached new heights of innovation. When they were first invented, they were mostly used for industrial automation. As such, they were predominantly used for assembly work in factories. 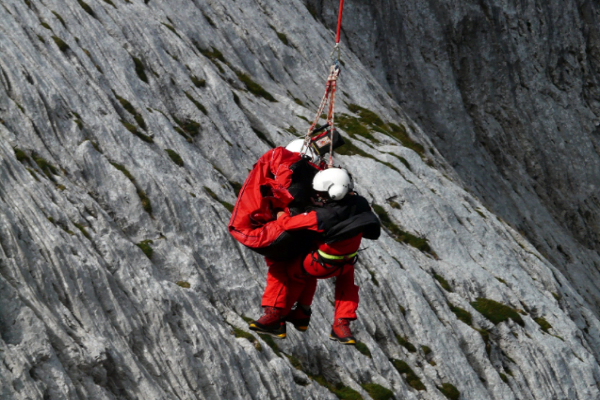 However, as robotics engineering became more and more advanced, robots soon began to fill more roles. One particularly interesting role is that of rescue robots.

Some people would think that because robots run on electricity, they are not compatible with water. However, there are some robots such as the E.M.I.L.Y, that are specifically designed to help swimmers in life-threatening situations. The E.M.I.L.Y is simplistic in design and is battery powered and remote-controlled.

They are predominantly used as a raft by lifeguards to rescue swimmers. The robot’s main function is to act as a flotilla device that rescued swimmers can climb onto. It can hold around 4 to 6 adult-sized people and can operate under almost any type of weather condition.

Fire rescue is by far one of the most dangerous types of rescue. Not only will you have to contend with fire, but you will also have to deal with falling debris and the ever-present danger of having the whole structure fall on top of you.

As courageous as firemen are, they should never have to work under such dangerous conditions. This is where fire rescue robots come in very handy.

Fire rescue robots such as the Colossus robot are perfect for such conditions. The colossus is a reinforced and stocky robot that is equipped with various tools such as powerful treads and a powerful water cannon. It was designed as a support robot for fire rescue teams.

Earthquakes leave a lot of calamity in its wake. A disaster site after an earthquake can be quite distressing because entire buildings are leveled, and there is an ever-present danger that the building will collapse at any time. Fortunately, there are robots such as the iRap search and rescue robot.

This innovative robot design is specific for search and rescue missions. It is outfitted with powerful tracks that will allow it to go over dangerous terrain. It is also outfitted with searchlights and powerful robot arms to pick up and move debris.

With this incredible robot, rescue workers will no longer have to risk their lives searching through earthquake debris. They can just send in the iRap robot to look for victims instead.

Mountain rescues are very tricky because rescue teams will need to search through acres of woodland in order to find a single person.

There have even been cases where some of the rescue teams were lost as well because they delved too deep into the forest. Luckily there are now robotic drones that lessen this risk.

UAVs or Unmanned aerial robots are perfect for this type of rescue because they can fly at high speeds and can do so for relatively long periods of time. They are also outfitted with searchlights and video cameras that give rescuers full visibility over the whole mountain range.

Using UAVs cuts out the need to field helicopters. This lessens the risks of having the helicopter team getting into an accident as well. Instead, the UAV could just find the victim, and then pinpoint his or her location using a built-in GPS.

Cave rescues could be very jarring experiences for rescue teams. When you hear the word cave, your first thought would most likely be, how hard can it be? It’s just a hole in the ground.

This is a grave misconception of caves. Some caves can be small and unimpressive. However, the older and deeper caves are a whole other matter. They are labyrinthine in design, and you could get lost in them very quickly.

This is why a majority of cave rescue victims are spelunkers. They make it a hobby to explore caves. However, some caves are just so deep and huge, that experienced spelunkers have a hard time with them.

Luckily, recent innovations in robotics have produced the modular snake robot. These snake-like robots are designed to slither through the cave floor and find victims. Its snake-like design allows it to slither through tight spaces. It also has magnetic parts that allow it to self-repair after getting damaged.

The modular snake robot is also outfitted with infrared cameras, seeing eye-cameras and LED lights to aid in the rescue attempt. Cave rescue can be difficult, but with this innovative robot design, many lives can be saved.

Of all the types of rescues, combat search rescue might be the most dangerous. It is particularly dangerous because the rescue takes place on a battlefield. Shots are being fired. There are explosions and debris everywhere. Worst of all, there are enemies who are actively looking to kill you.

This is why most casualties in a squad are medics. Their main role in a battle is not to fight, but to make sure that their comrades are safe. Medics are known to brave through heavy fire in order to rescue a stricken comrade.

The BEAR robot is perfect for these conditions. This type of robot was extensively used by the military to save injured soldiers from the battlefield. The robot has a humanoid steel torso and can lift over 500 pounds in weight. It is also outfitted with powerful treads to get over rugged terrain.

Natural disasters and dangerous situations are always a possibility. We are lucky that there are dedicated rescue workers willing to risk their lives to help out those affected.

However, there is always a chance that they would be put in harm’s way because of their duties. With robots however, rescue workers will finally get the support they need and minimize the risks associated with their work while still remaining effective.