According to Tencent, its main revenue (70%) comes from only 3.6% of its users compared to Spotify’s 46%. Still, Tencent is earning more than any other Music providers.

The main difference between Tencent and other music providers (Spotify and Apple) is that Tencent tries to create a music ecosystem, unlike others who rely on advertising and premium subscription for monetization. 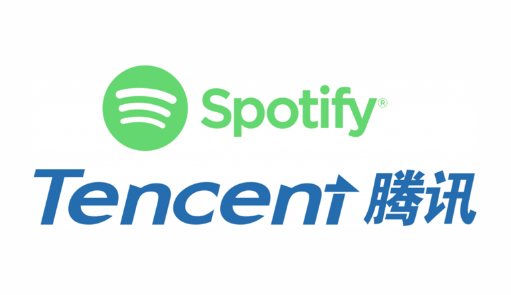 1] How does Tencent Earns?

Around 70% of Tencent’s money comes from Virtual gifts their listeners give to music stars, singers who sing via karaoke, and from premium karaoke tools, singing with friends, and by charging a small fee to join live events streamed on the platform.

The other 30% of the revenue comes from subscription and ads. Tencent saw a huge opportunity in creating social engagement around music. Tencent locks value for users and creates a network effect. As a result, very few users switch to different channels. This increases customer retention rate, increasing revenue.

TME (Tencent Music Entertainment) raised $1.1 billion through its IPO (Initial Public Offering) last year, increasing the music streaming company valuation to $21.3 billion. Though TME’s valuation fell short of its biggest rival Spotify that has a company valuation of $23.3 billion, the Chinese company is still making much more profit than its loss-making Swedish peer.

Since people in China are more concerned about how much they pay for music, TME didn’t rely on subscription model and went for an untapped opportunity in music industry i.e. creating an environment for music lovers.

TME has built an ecosystem around music and entertainment. They can also leverage its relationship with its parent company Tencent and target the massive user base of WeChat and QQ messaging and other gamers around the globe.

Even Tencent started providing music as a part of its own entertainment functions on the world’s most popular game PUBG (Player’s Unknown Battle Ground).

Spotify has a single business line which makes it difficult for them to acquire a huge base of customers at a single time.

TME allows users to sing Karaoke, share videos with friends, and live stream together with anyone they want via WeChat (Weixin) for free. It also has a premium option that provides additional features and that is the biggest source of income for TME.

TME’s social entertainment services saw a huge rise in the first six months of 2018 when the income rose up 94% from the same period last year. In 2016, Tencent Music Entertainment earned 2.2 billion RMB in 2016 whereas in 2017 they generated 7.8 billion RMB. The huge overall margin of TME is still growing, leaving its rival Spotify in danger.

5] Why Tencent is better than Spotify?

It’s not that Spotify cannot provide what Tencent is providing. However, it will be foolish to provide the very same thing since Tencent is already their first choice. The best thing about TME is, they operate primarily in China, where people love Karaoke.

6] What should Spotify learn from TME?

Spotify shouldn’t rely on subscription and ads to generate revenue, instead, they should look for other sources to increase revenue. Also, Spotify should focus on culture. For example, Karaoke is more popular in China and that’s what Tencent focused on. Spotify should also focus on this business model for places with highest music listeners.

Both Spotify and Tencent work on a different business model. However, Spotify doesn’t have many sources for revenue, Tencent took advantage of local culture i.e. love for karaoke to build their revenue generation model.

There’s still so much unexplored potential in music industry Spotify can focus on. Also, Spotify should focus on building a relationship with other social networks in order to increase its customer base.