The Versions Of Android OS

Android is a mobile operating platform owned by Google, and one of the main competitors to the iPhone, which runs on iOS. Android, Inc. was founded in 2003 in Palo Alto, California by Andy Rubin, Rich Miner, Nick Sears and Chris White. Android is the operating system that powers over 1 billion smartphones and tablets. Since these devices make our lives so sweet, each Android version is named after a dessert: Cupcake, Donut, Eclair, Froyo, Gingerbread, Honeycomb, Ice Cream Sandwich, and Jelly Bean. As everyone finds chocolate so tempting, we decided to name the next version of Android after one of our favourite chocolate treats, the KitKat. Android is open source and Google releases the code under the Apache License. This open-source code and permissive licensing allows the software to be freely modified and distributed by device manufacturers, wireless carriers and enthusiast developers. Here is the Infographic of the Versions of Android with it’s Features. 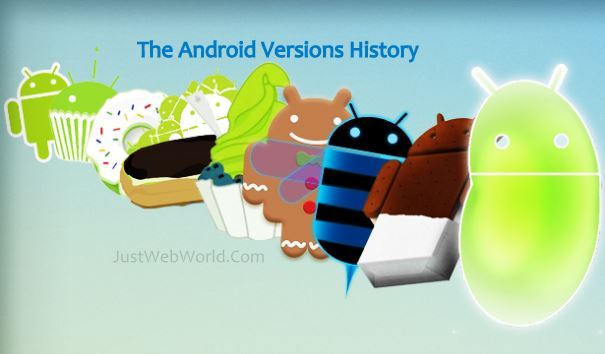 Since 2008, there have been 39 updates to Android among nine major system versions. From Cupcake version 1.5 to Jelly bean version 4.2.2, there have been thousands of design changes, feature additions, security updates and general improvements to Android.

Now After the Jelly Bean Google going to Launch Android 4.4 KitKat Partners with KitKat Chocolate. The Android KitKat have a Great features that removes the Limitations of old Android Version. Check out below the Features of Android 4.4 KitKat.

So All The Versions of the Android comes with the New features that enhance it’s users with the Mobile Users. I Love Android because I get all the things what I need into my mobile. In a Features the More Market of Android compare the other mobile operating system because it’s open source. any body can built a Android Applications and any body can host it on Google Play or on your website.

The Android’s versions are named in alphabetical order.

What would be the name of Next Android Version L – ??

So Here we discuss the Versions of Android cupcake(Android 1.5) to KitKat(Android 4.4). Google release the KitKat Version in a Short time.