Developers and coders are going through a really amazing phase. Most people are using smartphones today. Not for being in contact with the world but also for staying connected through instant messaging and social media. 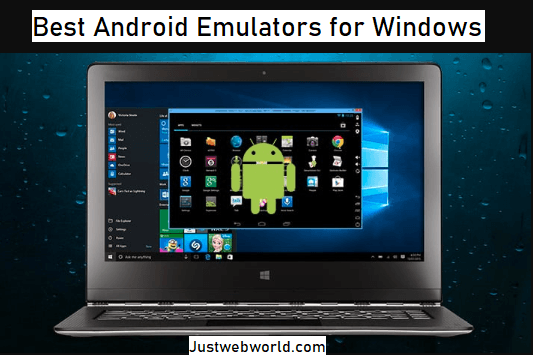 Apart from the obvious usage, smartphones are an excellent companion to kill boredom thanks to the numerous mobile apps available on Play Store. New and exciting apps are rolled out on a regular frequency by app developers. However, before actually launching an app, it needs to be tested for bugs. This has created a huge demand for emulators.

What is an Emulator?

An emulator can be a hardware or software which allows any computer system to behave like another system. The former computer system is known as HOST and the latter as GUEST. The advantage is that the host system can run (test) software or peripheral devices which are designed for the guest system.

Emulators are of different types, depending on what they are imitating – CPU, operating system (OS), hardware or software. Since all systems including devices and OS do not work in the same way, developers involved in the development of codes, programs or games for any system would require that particular system to test, if emulators weren’t there; it would be quite time consuming and expensive too.

Importance of an Android Emulator

Considering that computers and smartphones are slowly going to dominate every field, there is a huge need for good programs. Having an emulator is a great help as it can regenerate (with the assistance of hardware and software) the original computer environment required to create and test the product.

Thanks to emulators, developers can write codes for the programme, test them and even debug if required to create a flawless product. An Android Emulator is a virtual device which is used to run and test android applications created for a specific device.

By using an android emulator you can test apps created for specific android systems on your PC. Thus without a physical device, you can easily develop and test Android applications, thanks to android emulators.

This is one of the favorites among Android gamers who are enthusiastic PUBG or Justice League players. The Nox Player is a free emulator that works best for other Android apps too. Thanks to the Nox Player you can map keys of Mouse, Keyboard, and Gamepad and even assign keyboard keys for mapping shortcuts.

You can also mark CPU and RAM usage for best gaming results. You can also root virtual devices within a minute! However, the disadvantage with this emulator is that it puts a lot of load on the system, so you won’t be able to use many apps with it. Another point of concern may be that it is based on Android 5 Lollipop.

Bluestacks is one of the most popular Android emulators amongst android users as it is extremely easy to set up and the most preferred one for gaming. You can easily download it from Play Store, with its Premium version available for $24.

The emulator based on Android 7.1.2 (Nougat) supports keyboard mapping with BlueStacks 4 aiding excellent gaming performance, due to low memory and CPU usage. However, it gets slow in productivity apps.

The new kid on the block, this emulator was launched in 2015 and focuses on gaming. It is similar in speed tests to BlueStacks and Nox Player. Based on Android Lollipop, the advantage MeMu offers is that it supports both AMD and Nvidia chips as well as various Android versions like Lollipop, Kit Kat and Android Jelly Bean.

Though players have excellent gaming experience the graphics performance is not at par compared to other android emulators. Games like Pokémon GO and Ingress are best enjoyed with this!

Like most android emulators, Ko Player too is excellent for the uninterrupted gaming experience. This free-of-cost emulator is a light software which is easy to install. A simple UI, provides easy navigation through apps. It also supports gamepad emulation as well as keyboard mapping.

However, the app may face some problem as it hangs sometimes unexpectedly. Another problem that one might face is that there are some bugs which make it difficult to uninstall it.

This Integrated Development Environment from Google caters to developers. With a number of tools and plugins available, this is simply perfect for developers to build and test their apps. This has become a favorite of most developers for its built-in emulator. But, you must not use it to play general or heavy games.

This android emulator has an entire Android OS which you can boot into. However, unlike most emulators, this one needs to be installed on a separate partition. You can easily load the emulator on a USB device and boot to any computer easily.

It is an excellent option for productivity apps but does not support heavy gaming. Despite the removal of tech support, you can download the last Android Marshmallow version. Phoenix OS is an Android 7 Nougat emulator that is on similar lines and preferred by Remix OS fans.

This emulator is not an average one used by gamers to get a feel and thrill of gaming but appropriate for developers. A large number of developer-friendly features are present in this emulator. Hence a large variety of apps can be tested on a number of virtual devices with different Android versions.

The emulator’s compatibility is not limited to Android Studio an Android SDK (can run versions from Android 4.1 to 8.0) but can also be used with Linux and Mac OS.