What Should You Know About Green Web Hosting

The servers are just like very big computers, but they have a lot of processing power and memory. This sort of technology needs a lot of power in order to make it work. Not only does it need the power to run the servers and the network, but also to cool the servers because they produce a lot of heat that is counterproductive to their working. A company that is also able to cool its servers in an eco-friendly way is also good.

Cooling severs in an eco-friendly manner

Do servers use that much power?

If you power a server on a fossil fuel such as coal power station, then the average server will put out the same amount of emissions as an SUV car. Any one host is going to have a lot of servers, which is similar to them having their own collection of delivery trucks running in diesel.

Are there energy efficient servers?

It is a hard question to answer because it is very subjective. Just know that there are some servers that are more wasteful than others. It is a little bit like a car in the way that you can buy the most energy efficient petrol car on the market (a SMART car) and say it is energy efficient compared to a regular car, but it will never be as energy efficient as walking or cycling.

So do not be bowled over by companies that claim they have energy efficient servers. It is a good start, but it is not enough to cut emissions enough to warrant bragging rights. They should by taking further steps, including optimizing the servers so that unused processing power is not left of standby (standby in server terms as a server cannot be put on standby as we understand it.).

Supplemental generators may be set up near to the data center. They may provide additional energy in order to power the cooling systems. This trickle of energy will save the host company money, whilst slightly reducing the data centers demand on the power grid.

Is the company bragging about it?

If they are bragging about how green they are, then pay attention. It is good to support companies that are green. The only trouble is that the online world is a place where lies become facts. Where childhood vaccinations that save millions are besmirched, and Jesus is quoted as saying things that he never did. If the company is bragging about it, then there is a chance that they have taken steps to be greener. They may also be lying, and it is hard to find the truth.

Still, if they are bragging about their green policy, then they are more likely to have actually taken steps than a company that does not mention its green policy. 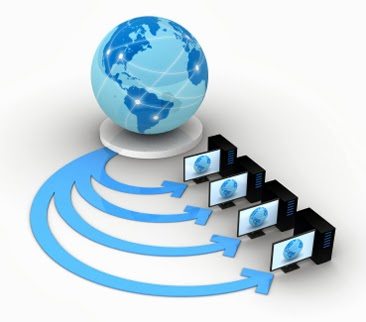 Why should I care?

The Internet puts out more CO2 emissions than the aviation industry. Powering the Internet is using more power than Poland or Turkey, which means that if the Internet were to close down tomorrow, then 300m tonnes of CO2 would not reach the atmosphere yearly.

Improving the efficiency of data centers is going to save the hosting company some money, and is going to help save the earth at the same time. It is win-win, but it does require an investment on the part of the hosting company. Which means that Mother Nature is still taking one for the team until we start buying from green-only companies.