Web design and architecture have a lot in common. I know, I know – perhaps it sounds a little crazy. But hear me out.

Architects design for both form and function. Even an iconic design like the Sydney Opera House would be useless if it didn’t function as an opera house as well as looking beautiful. Sure, the design itself might be a piece of art, but that’s what it would be – a $102 million piece of art which was incapable of hosting an opera. 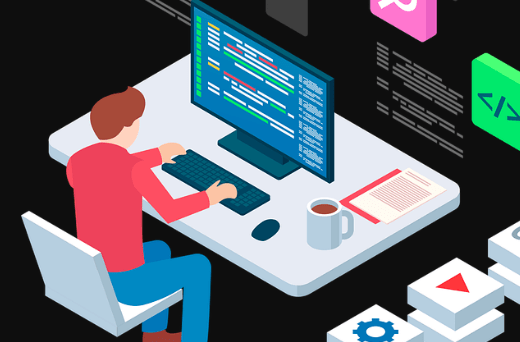 The idea of a user journey is something that will be familiar to architects, too. When web developers talk about a user journey, they’re referring to the pages that people visit as they browse through the website.

There are usually one or more actions that you hope your visitors will take, whether that’s to purchase a product or whether it’s to sign up to your mailing list. The point of a user journey is to map out a path from when they arrive on your site to when they take an action.

If you’re an architect, the chances are that this is all starting to sound a little familiar. That’s because when you’re working on large scale commercial projects such as the development of a new mall, you have to think about exactly the same thing. You need to spend some time mapping out the different routes that physical visitors will take as they walk from shop to shop.

An important part of mapping out these journeys is to provide signposting. In a physical location such as a mall, this will typically involve physical signposts, as well as interactive displays, maps and more.

On a website, this covers everything from an easy to understand URL structure to “breadcrumbs” at the tops of pages and clear calls to action to help people to get from one stage of the journey to the next.

Another interesting similarity is the way in which the two different types of build are generally handled. With a website, a user journey specialist might work with a designer to create the initial look and feel, and that would then be handed over to the front-end and back-end developers to carry out.

It mirrors the way that architects create original plans before handing those over to the construction company – and there’s a big difference between building the shell of the project and putting those final little touches on the interior.

The same is true of construction – we all know of projects where costs have spiralled and the end result has been a disappointment, and the opposite can often be true, too. Low budget builds can have big impacts, such as when building emergency shelters after a natural disaster.

There’s also what’s arguably the most important similarity of all, at least to those who work in either of the two industries.

Demand is on the rise for both new buildings and new websites, and even with talk about artificial intelligence taking jobs away, it seems like both builders and web developers are going to be sticking around for a little longer.

Building websites and building buildings are similar in some ways and different in others, but it’s interesting to contrast and compare the two to see if there’s anything that one discipline can learn from another.

For example, perhaps when it comes to our buildings, we can carry out the physical equivalent of an A/B test. Also known as a split test or a multivariate test, this is a kind of scientific experiment in which website visitors are served up one of two different designs to see which works best.

The key is to only change one variant at a time. For construction, this isn’t feasible on a large scale, but a more modular type of construction might allow for shops and other businesses to experiment by moving interior elements around.

There must be dozens of other similarities between web development and construction, so be sure to share your thoughts with us in the comments. In the meantime, whether you work with bricks and mortar or with lines of code, happy building!