The long-awaited BlackBerry Priv finally hit major US retailers on Friday, after growing speculation from BlackBerry fans. The first Android phone from the once-dominant cell phone manufacturer is sure to be a hit with those who love a real keyboard, robust design, and BlackBerry security, but who now demand Android apps from Google Play. However, whether the latest launch from struggling communications giant, BlackBerry, will be enough to turn its profits around remains to be seen. 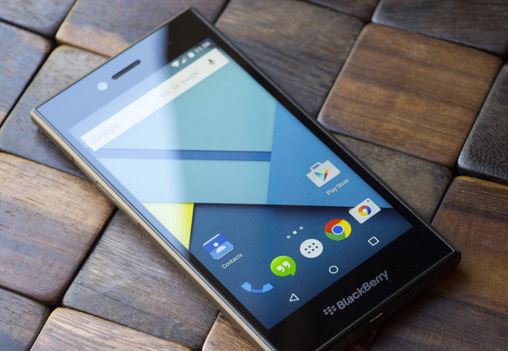 Android and BlackBerry finally get together in a phone with some pretty impressive specs and a sophisticated design that brings the best of BlackBerry’s classic features to Android, Android content and apps to BlackBerry. You’ll get all the best aspects of BB10, such as BlackBerry Blend and BlackBerry Hub, and a practical pull-out QWERTY keyboard which should make emailing and texting easy.

According to BlackBerry’s CEO Chen, Priv = privacy and privilege, and with a marketing focus on security, BlackBerry has added a suite of their own apps called BlackBerry Safeguard, which includes features such as a lock screen and an app that assesses the security of the device based on the user’s settings. So the phone may offer good privacy, but is it a privilege to own?

Sophisticated in its design, the BlackBerry Priv has a curved, 5.5-inch display and a slide-out QWERTY keyboard. This is hands-down the best-looking BlackBerry to date, and the slim-line keyboard tucks into the Priv without adding weight and bulk. Don’t let the slick appearance fool you though, the Priv is tough and comes with a woven glass fiber back, making is just as robust as any other handset from BlackBerry.

The BlackBerry Priv packs plenty of power and is definitely a high end phone, well in line with competitors vying for the enterprise and retail business. It comes with a Snapdragon 808 64-Bit Hexa-Core processor, Adreno 418 GPU and 3GB of RAM. The BlackBerry Priv has 32GB of internal storage, which can be expanded to 200GB with a microSD card. Its 18-megapixel camera is one of the most powerful available and its 3,410 mAh battery is bigger than industry standard.

Why Should I Buy This Phone?

Its 5.43-inch plastic AMOLED display with a 2,560 x 1,440 resolution and high pixel density gives the device brighter colors and allows for the curvaceous design, while making it ideal for high definition displays with more pixels. The AMOLED screen also helps to save battery life and, speaking of batteries, its gigantic 3,410 mAh battery is larger than average, which means it should last for more than a day, giving Apple something to think about.

The Priv uses a slightly customized version of Android’s 5.1.1 operating system (Lollipop) to make it secure enough to be a BlackBerry product, but a Marshmallow update is already planned and should be available within the next six months.

The BlackBerry Priv is available now in the US through the official BlackBerry website and other online retailers and stores. But at US$699 unlocked, this phone is even more expensive than the iPhone 6S, which starts at $649, and any would-be buyer will have to get out their money counting machine to make this purchase.

Its high price tag in an increasingly competitive market may give BlackBerry a tough time persuading consumers away from their Apples or Samsung, and it’s unlikely that BlackBerry can claim back market share with this final attempt at getting smart.

That said, this is the first major manufacturer to add a keyboard to an Android phone and its powerful battery, awesome camera, and trademark security features put this device in a class of its own. While the Priv may not convince everyone, BlackBerry lovers are certain to lap up this sophisticated device.

Michael Peggs is the founder of digital marketing agency Marccx Media, where they specialize in SEO and Content Marketing. Before Marcxx, Peggs worked at Google in business development, forming digital media and advertising partnerships. He is also a blogger and pod caster, hosting the iTunes Top 10 New & Noteworthy podcast You University – The Personal Branding Podcast. 😀