Home » Cryptocurrency » Mining Dogecoin On VPS- Is It Cost-Effective?

Cryptocurrency being a decentralized form of currency gives liberty to anyone to access it without having national or federal banks being there in the scenario. This is what has been making cryptocurrency so sensational.

After vast acceptance of bitcoins in almost every field, dogecoin as well is there in the race of being well established. Furthermore, some of its perks over bitcoin make the whole concept even more interesting. 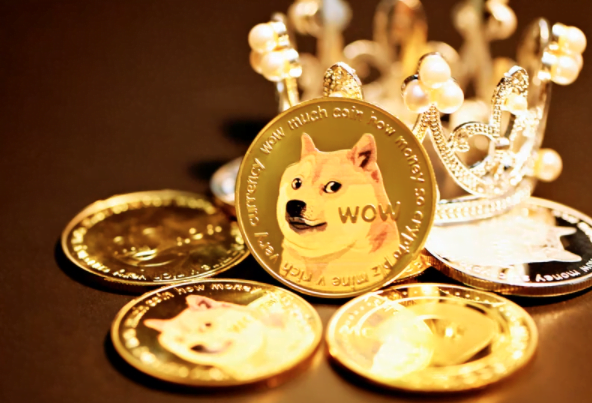 Here, through this article, we’re introducing the concept of mining dogecoin and find out if doing so on VPS hosting is affordable or not.

Mining or crypto mining is the procedure by which many cryptocurrencies like Dogecoin, Bitcoin, Ethereum etc. produce new coins while supervising freshly fulfilled transactions. It is entirely done by the computer processors which handles the algorithms securely.

This kind of mining, which works as a virtual ledger, is comprised of an enormous web of decentralized computers, across the world. This is basically to substantiate, ratify and secure the crypto blockchains. The miners are rewarded by cryptocurrencies themselves.

How is Dogecoin mining different from any other cryptocurrency?

If mining procedures are compared to let’s say Bitcoin, then comparing their respective hash algorithms, blockchain and block difficulty along with the block reward may help us answer how dogecoin is different from the other cryptocurrencies.

A function that is used for converting a data string into a numeric string of arbitrary size, is known as a hash algorithm.

The miners hardware needs to solve the cryptographic equation, which is undeniably difficult in the case of bitcoin which uses the hash algorithm of SHA-256; whereas dogecoin uses scrypt as its hash algorithm which offers way less power consumption along with lesser complex equations.

Miners try to produce a ‘target hash’ through their machines, considering that the value must be lower than or equal to the target value of the new block. These powerful computers, known as ‘nodes’, are then rewarded with dogecoin.

Block time can be understood as the average time taken by the miners to speculate the complete transaction data within a block while producing a new block. Each cryptocurrency has different block times.

The block time for a Dogecoin is 1 minute while that of a bitcoin is 10 minutes. The mining difficulty of a cryptocurrency is changed each time by its protocol to preserve the block time.

Block difficulty can be defined as the measure of difficulty that comes across while finding the target hash. However, the advantage of a high difficulty rate is that it secures the blockchain from harmful malware viruses. The block difficulty offered by dogecoin is 5.05 million whereas that offered by bitcoin is 24.37 trillion.

The number of bitcoins that the miner receives after successfully finding the target hash, is known as the block reward. This amount of reward halves after the successful production of 21 million blocks. The block reward offered by dogecoin in of 10,000 dogecoins.

Is it profitable to mine dogecoin on VPS?

What requirements are needed for dogecoin mining?

Dogecoin is an open decentralized form of currency, which doesn’t require any permission for accessing it. However, there are still some basic requirements that are indispensable for mining dogecoin. It was earlier possible to take part in it through just a computer processor.

Nonetheless, the network is now supplied with more hash power, which in turn increases the block difficulty. The requirements for mining dogecoin are as follows:

A dogecoin wallet allows the user to preserve and retrieve their dogecoins by keeping them secure while being connected with the ledger. The wallet facilitates easy and secure transactions of dogecoin along with keeping all the transaction records intact.

Any hardware that is powerful enough to run the scrypt algorithm at an adequate rate is strictly required for dogecoin mining. Such hardware options include a Graphic card unit (GPU), which is used by gamers, can be used in mining as well.

Another alternative is Application Specific Integrated Chip (ASIC), which is more powerful than the former. It is specially designed for mining. Although even a Computer Processing Unit (CPU) too can be used for the same purpose, it is not efficient enough to consider it as mining causes overheating and damage.

Regardless of whatever hardware you’re using, you’ll need compatible software for efficient mining execution. If you’re using your CPU, then the software that works best with it is CPU Miner.

Basic knowledge of cryptocurrency and mining:

The most important criterion is to be having enough understanding of the concepts of particular cryptocurrencies and mining themselves. Even if you have power as well as most compatible hardware and software but you entirely lack knowledge about let’s say, mining itself, then the whole purpose.

While mining dogecoin, you’ll have two options: to mine solo or to join a pool.

Solo mining can be the best option for you if you’re either a beginner. Also, if you’re capable enough to afford powerful software and hardware, then solo mining is for you. However, if there are pros and there’ll be cons as well, the cons will be the high risk along with the uncertainly long time, let’s say days, weeks or even months.

On the other hand, with pool mining, you can join a community, contribute to it in the form of fees and receive an equal reward. Although the reward will not be 10,000 dogecoins of course, the risk there will be less as well.

How to mine dogecoin on VPS

Dogecoin being a product of the scrypt algorithm, the power it consumes is thus less, which is one of the reasons why it is comparatively more accessible. Within some extremely simple steps, anyone can mine dogecoin on VPS.

The first and foremost step to mine dogecoin is to buy VPS. The packages offered by Cloudzy are not only affordable but highly efficient as well, which comes with varieties too.

Having purchased the package you want, go to your Windows Start menu and look for Remote Desktop Connection. To access the VPS server environment, open the remote desktop connection dialogue box and enter your username and password before Connecting.

Now, visit your wallet and make a selection of the category of the currency, which is Dogecoin. Next, you need to enter your wallet address and the given section. Then you need to click ‘Start’.

In this last step what you need to do is to run the browser such as Chrome, Mozilla Firefox etc. to download the most compatible software according to the hardware being used.

Through this article, we have tried to make our users thoroughly understand the concepts and factors that one needs to keep in mind while mining cryptocurrency.

Along with this, we’ve provided the instructions as well to effectively the run programme. Nonetheless, the best VPS hosting site is introduced here as well, where you can explore affordable yet top-notch packages.